the experiences in Poland and in the European Union

It will be the continuation (2nd Editon) of the conference titled: “Micro-Sources of Renewable Energy as Foundation of Citizens Energy and Perspectives for Their Development in Poland and the EU”, which had taken place on June 25, 2016, under the Honorary Patronage of Minister of Agriculture and Rural Development as well as the substantive patronage and support from the Konrad-Adenauer-Stiftung, the Bank for Environmental Protection and the Agricultural Market Agency.

The purpose of the second edition of the conference is to exchange experiences of the national and the EU countries governmental administrations, local governments and non-governmental organizations, on the support for civic initiatives and overcoming barriers, in the rural areas, in the implementation of renewable energy (RES) projects. It will allow to formulate an analysis and proposals in the area of preparation of investment projects referring to the renewable energy micro-sources as a basis for civic energy in Poland and in the European Union. The conference will highlight the opportunities for overcoming administrative barriers and presenting perspectives and tools to support the development of RES in rural areas, with the support from the government, local governments and the European Union.

The conference will be attended by the representatives of the Polish Government and Parliament, the European Commission and the European Parliament, who deal with the Community policies on energy, agriculture and regional development, as well as representatives of rural and minicipal self-governments, and non-governmental organizations (approximately, 100 participants from Poland, Germany and other European Union countries will participate in the conference).

Among the participants of the 2nd Edition of the Conference are: i. a. the European Commissioner for Energy, Mr Miguel Arias Cañete, Mr Krzysztof Tchórzewski, Minister of Energy, and Mr Krzysztof Jurgiel, Minister of Agriculture and Rural Development, who at the same time assumed the honorary and substantive patronage over our initiative.

The programme patronage at the 2nd Edition of the Conference, as last year, has been held by prof. dr hab. Jerzy Buzek, who at the same time is the Chairman of the Programme Council of our Foundation. 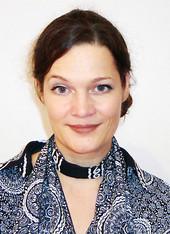 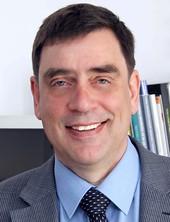