An Innovation Fireplace that brought together Ugandan startups and German politicians

On 14th of June, the Konrad-Adenauer-Stiftung (KAS), together with Media Challenge Initiative (MCI), hosted the Innovation Fireplace: A Panel discussion and exhibition of the Ugandan Startup Ecosystem at MCI Media Hub. More than 30 startup innovators met with a delegation of German Members of Parliament to discuss startup investment, political economy, ease of doing business and to showcase their innovations. The discussion focused on the prospects of Uganda's younger generation for investment and innovation to promote entrepreneurship and employment. Afterwards, the German delegates visited the various exhibition booths and talked to leading young innovators.
14. Juni 2022 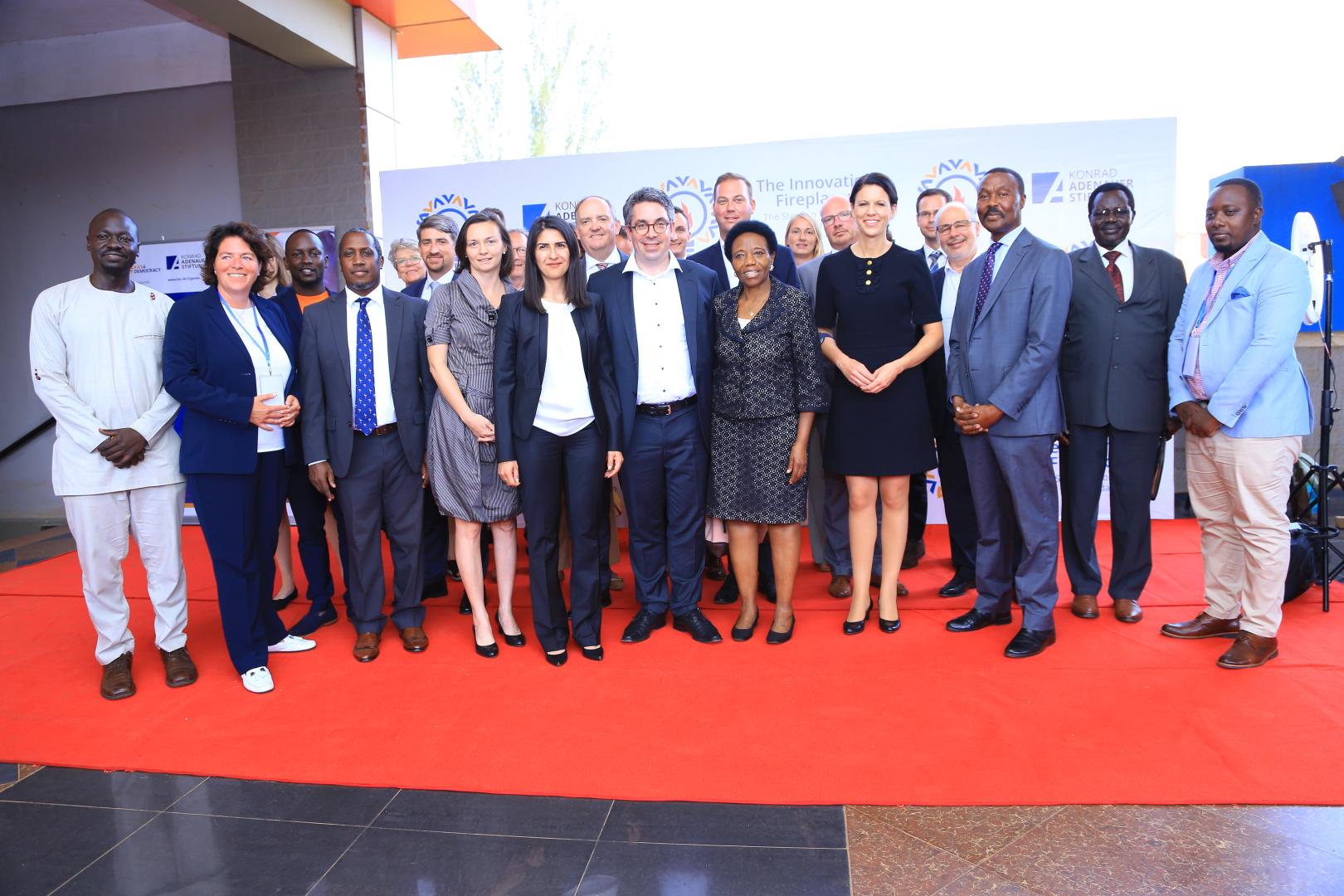 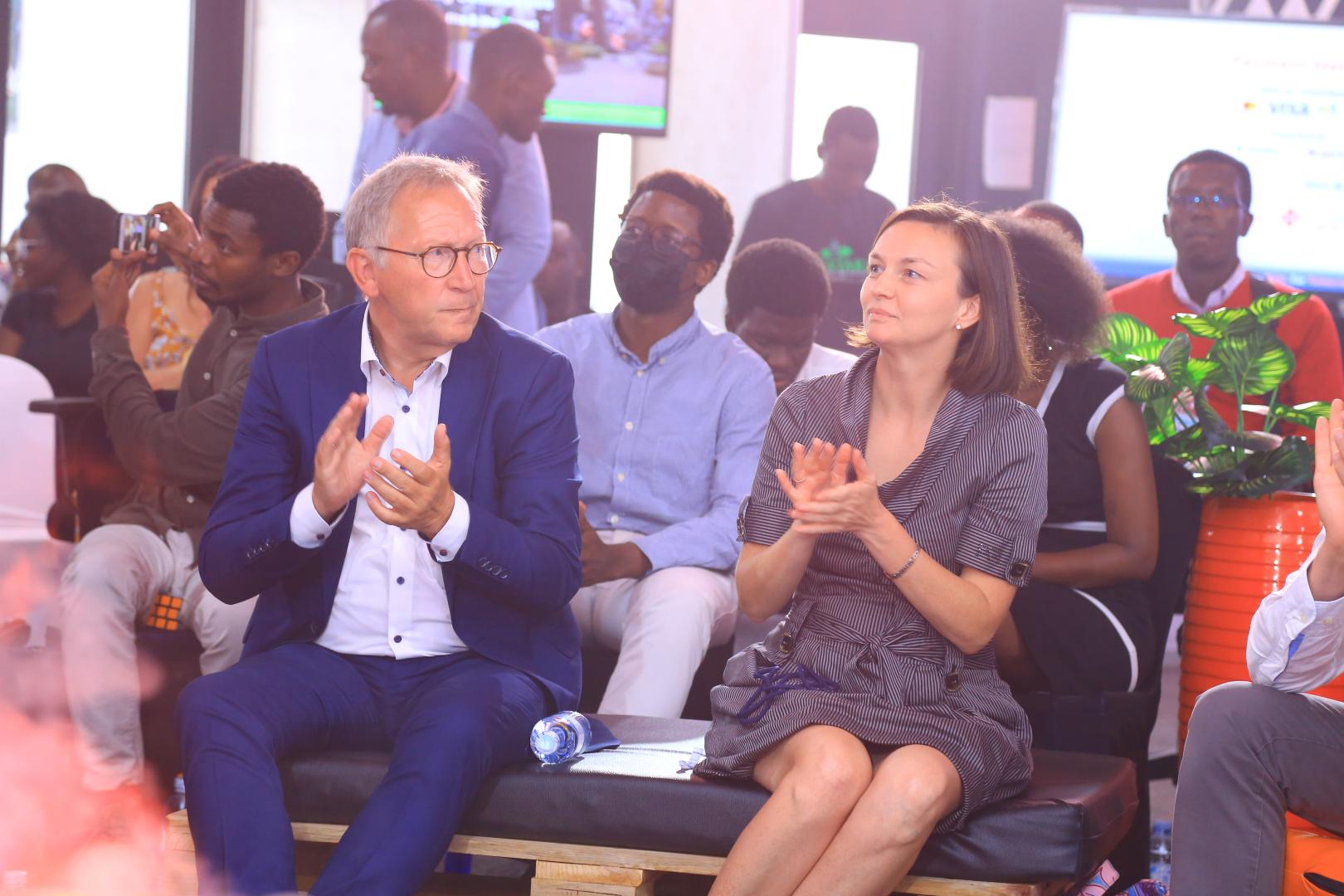 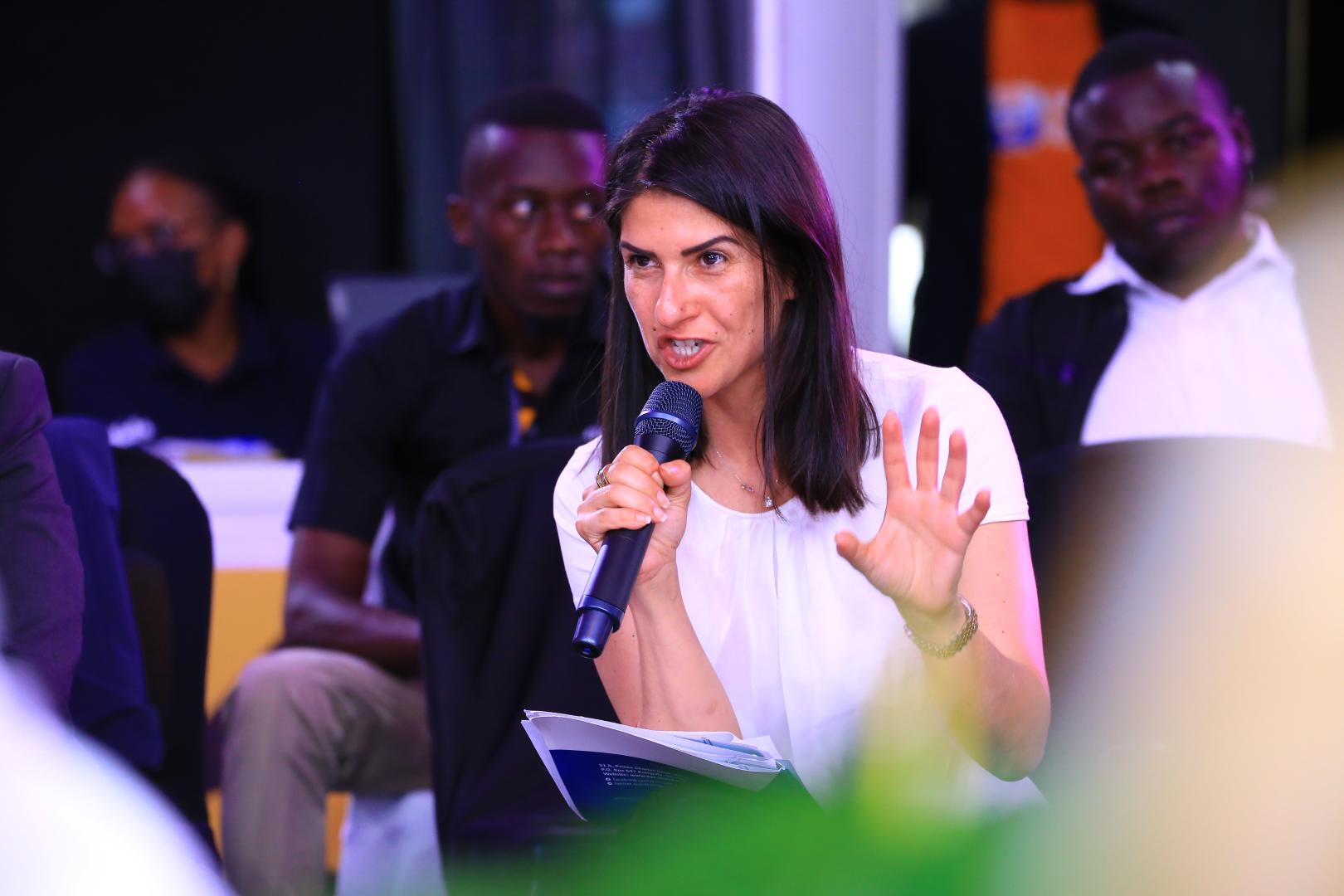 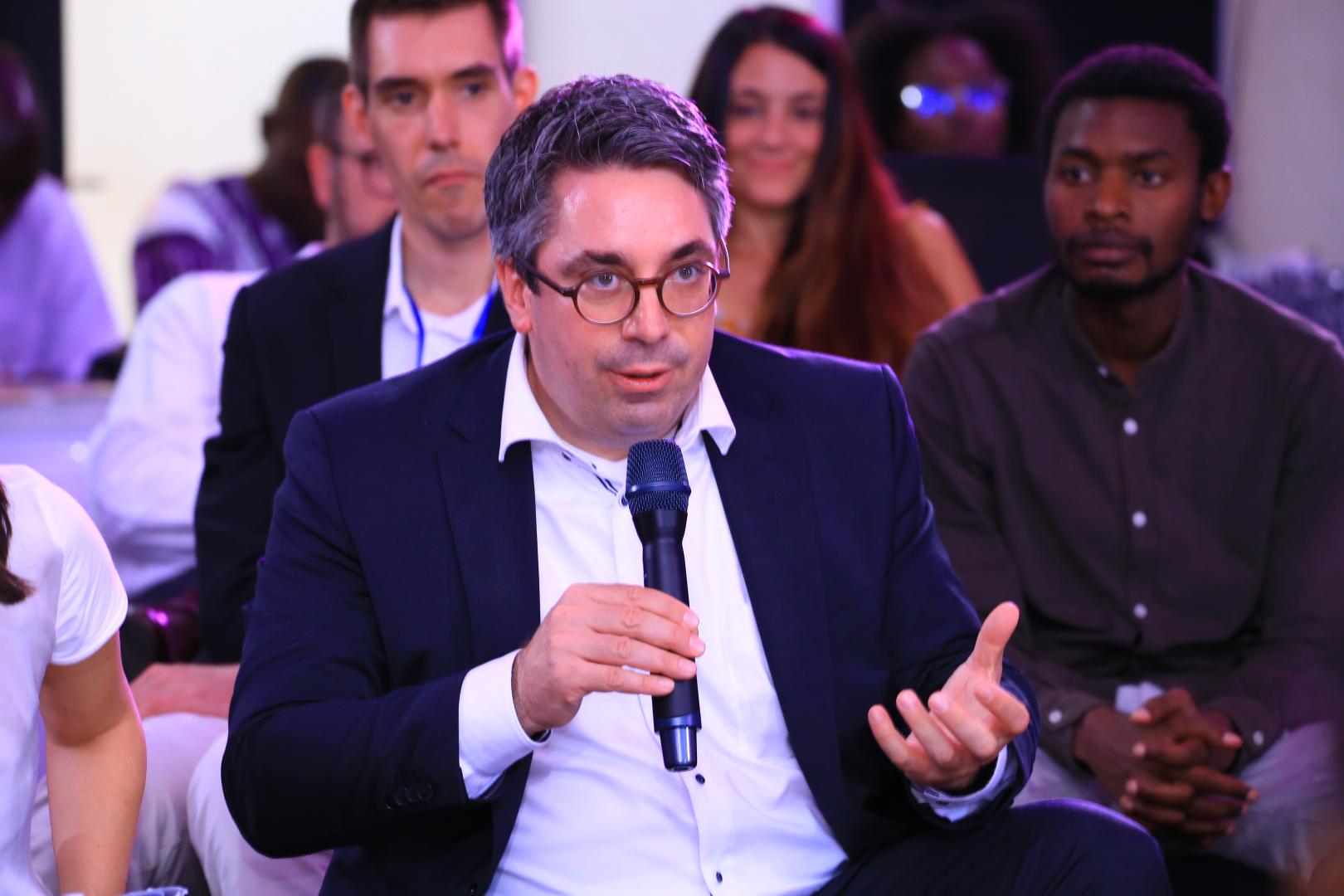 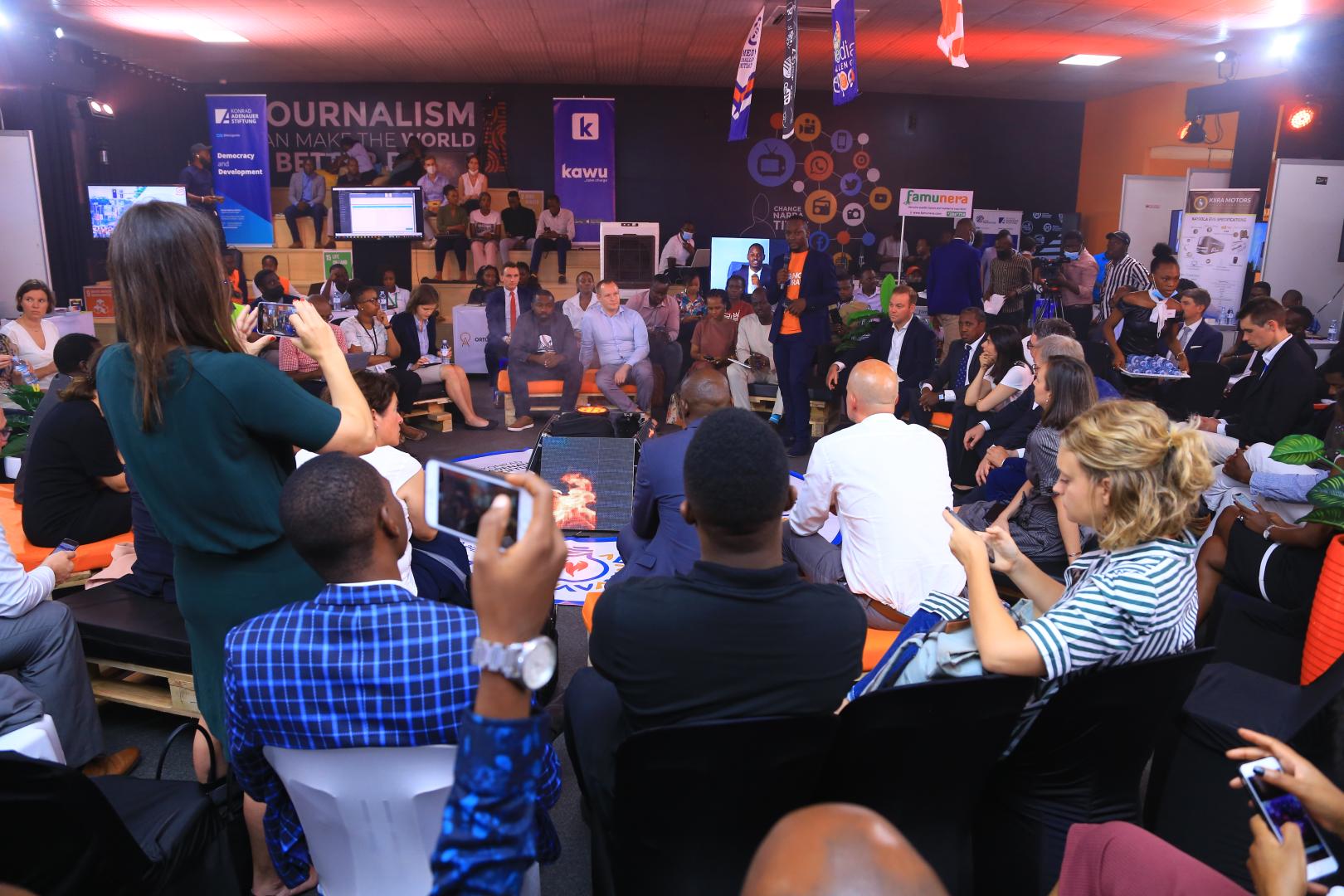 Participants at the Innovation Fireplace 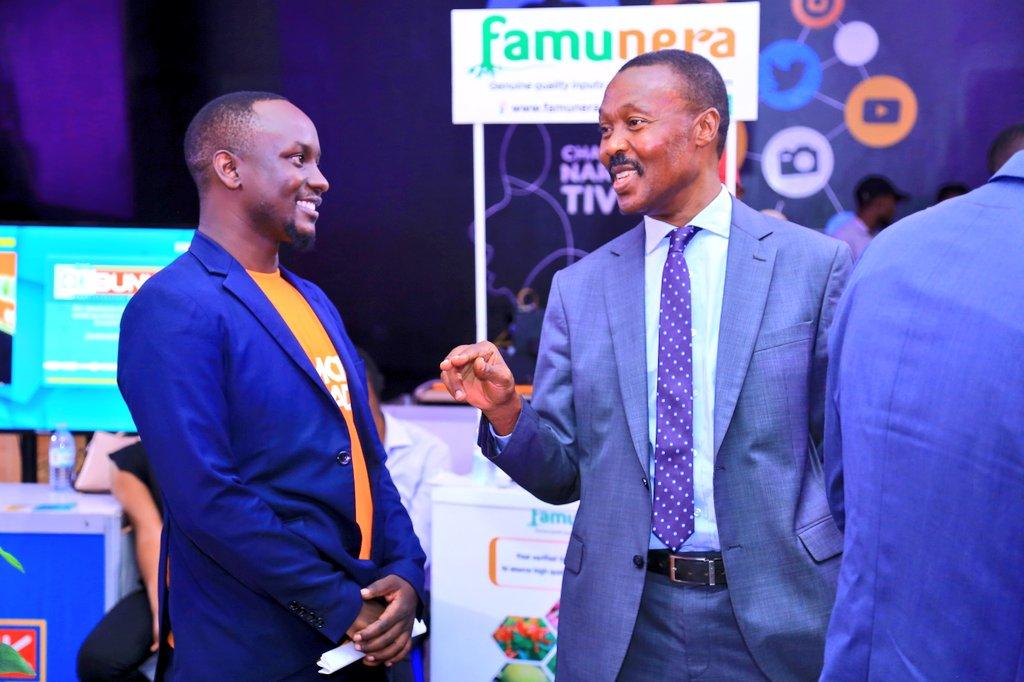 Abaas Mpindi, CEO and founder of the Media Challenge Initiative, gave a short introduction to the topic and presented selected startups and their exhibited products. He emphasized the importance of regular networking events and discussion forums in the Ugandan startup ecosystem and suggested that the Innovation Fireplace could become such a forum that brings together different players and stakeholders of the sector annually.

Ojok Okello, Program Manager at KAS Uganda/South Sudan and moderator of the panel discussion, touched on the potential in the Media Hub with over 50 companies that are dissatisfied with the status quo and are eager to change it. “The youth in Uganda feel the pain of multiple structural challenges but they refuse to see these challenges as hurdles but rather as inspiration to create and innovate”, Ojok reiterated. Japheth Kawanguzi, Founder of Innovation Village, an initiative that is at the centre-stage of bringing innovative ideas to life, emphasized that indeed, young people when supported can champion the transformations that Uganda so much desires. Adding, “Without a supportive environment and funding, many Ugandan young entrepreneurs won’t be able to fully harness their potential.”

Serap Gueler, Member of Parliament, highlighted that the German delegation was attending the innovation fireplace to learn from the young Ugandan founders what their greatest opportunities and challenges were. She also called for a new form of cooperation with a focus on economy, environment, and education. In all of these, Serap reiterated, “the women must not be left behind, because they too, can be champions of change and role models in their communities”. Georgette Ndabukiye, co-founder of WAZI, decried the existing gender skills gap that is prevalent in Uganda’s innovation ecosystem. But again, Georgette remains hopeful that more and more women are emerging as innovators and supporters of the ecosystem and this she notes, shall contribute greatly towards the advancement of a more equitable and inclusive innovation ecosystem in Uganda.

Michael Niyitegeka, Program Director of Refactory, criticized the lack of specialization of Ugandan university graduates entering the job market, but said this was mainly due to the structure of the market, as it was designed to provide an education as broad as possible. But through their work at Refactory, they have been able to reskill over 400 young people on digital skills and expertise in areas such as artificial intelligence, machine learning, all which are relevant for the success of the fourth industrial revolution in Uganda.

Relatedly, German founder of Bodawerk in Uganda, Jakob Hornbach, explained how it was initially necessary for him and his team to educate their first 100 employees through intensive training on lithium batteries. This is because the average engineering degree in Uganda does not mention lithium batteries throughout the whole curriculum. However, Jakob shared the optimism that the nascent startup ecosystem in Uganda is destined for greater heights, once the cooperation between Uganda and German startups and investments are developed.

According to Silver Kayondo, a tech-business lawyer, a lot more work still remains to be done to ensure that the legal and policy framework for innovators and startups in Uganda is supported. He made comparison with Germany where the startup ecosystem is supported by favorable legislations and other policies that make Germany to become the global titan of innovation on a global stage. Kayondo suggested, “policy makers in Uganda should participate in some experience and knowledge exchanges in Germany to enable them to appreciate how favorable policies can be instrumental in supporting innovations”.