On Friday, 31st of August, the new issue of Arise Magazine was officially launched during a networking reception, organized in partnership with Co-publisher Action for Development (ACFODE). In honor of the topic “The refugee Crisis, a Women’s Edition” representatives of the Office of the Prime Minister as well as ACFODE and different womens’ rights and refugee rights organizations were present to engage in a panel discussion.
6. September 2018 Bestellinformationen 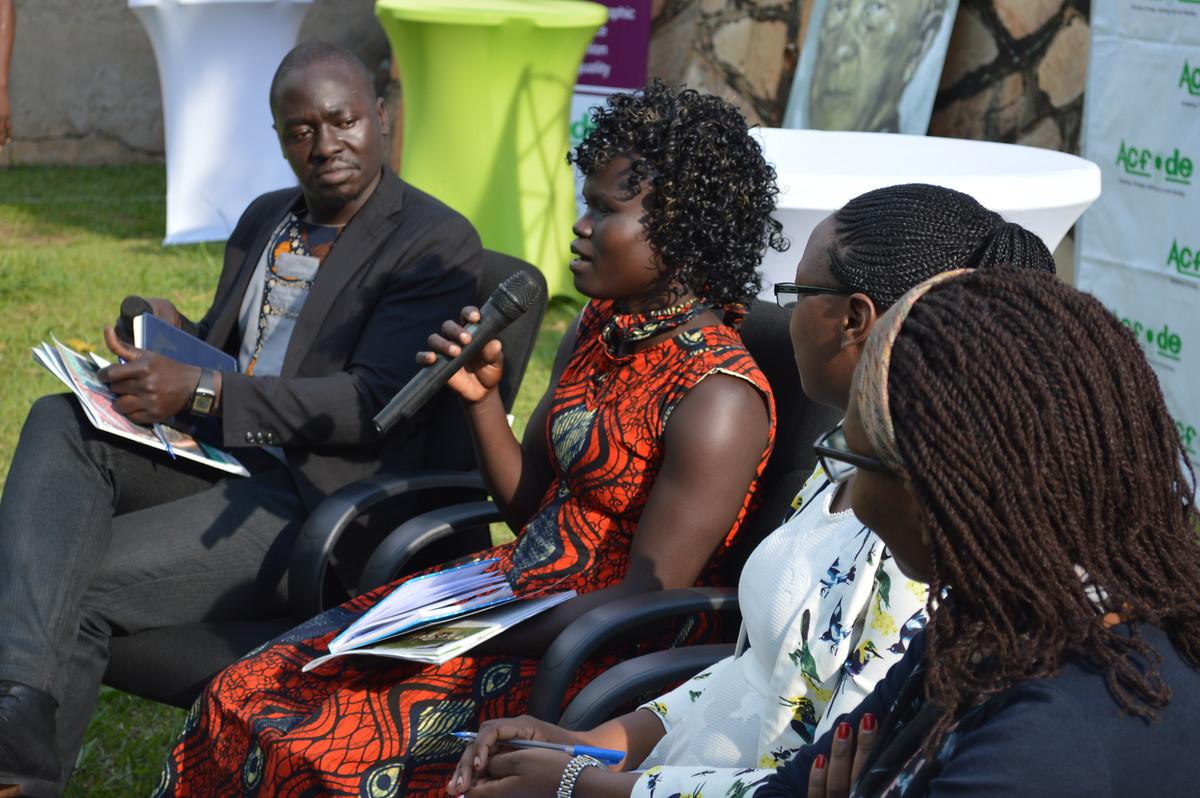 After the welcoming remarks of KAS Programme Officer Donnas Ojok and Sandra, ACFODE Editor in Chief, ACFODE Executive Director Regina Bafaki made an introduction statement about the 30 years old partnership of ACFODE and Konrad Adenauer Stiftung (KAS) and the idea of Arise Magazine: “Together with KAS, we wanted to create a platform, where womens rights and gender equality could be debated. During the past 30 years, the Magazine empowered youth and women by telling untold stories and discussing topics, that were not yet addressed. Together with Konrad, we started Arise Magazine which can be used as a reference material for those who feel passionate about gender equality.“

Moreover, Bafaki underlined the importance of the findings of this new issue: “I am shocked by the findings. On a personal level, I had felt, that we have not done enough as a womens rights organization. Any of us is a potential refugee. In this Magazine, the female refugees that have told their stories are very bold. Because it is one thing to be a refugee, but it is another thing to openly share their experiences. But we also know, that silence is a killer. All the stories that are told in this issue relate to the government. This shows us, that the refugee topic is a) a gender equality issue and b) a governance story. So to all the stakeholder in the room; We don’t want to make you emotional, we want you to act.”

Following the statement, Brenda Wiwo, assistant community service manager of the Office of the Prime Minister, engaged in a panel discussion with Rosemary, a female refugee and community leader in the Bidi Bidi refugee settlement, as well as Dinnah Nabwire from TPO Uganda. In the discussion, Rosemary shared her insights of the daily challenges: „Women face three big problems in the Bidi Bidi settlement. First we have problems with our food, we only have beans and rice only. That leads to severe health problems. One of our members is currently in hospital, because of malnutrition. Secondly, long distances prohibit children and teenagers, especially girls, from visiting schools. And the last big problems are drugs. So we need external help to solve the problems in our settlement.”

Wiwo commented and emphasized the importance of enabling female refugees to access education: “Women have been neglected all over the world. They have not engaged in economic activity. Women are rather silent than having society look at you out of a weird perspective. More Organizations are partnering up, but we would like to encourage more donors to engage. I encourage them to engage in projects that support gender equality and migration. But you have to be careful not to forget the host communities: If you train something in settlements, you have to train the same thing in the hosting communities. Otherwise there will always be distribution conflicts.”

Apart from distribution conflicts and bad living conditions of refugees in Uganda, the Magazine focuses specifically on gender based violence against female refugees in settlements. When asked how civil society organization and state institutions protect female refugees, Dinnah Nabwire answered: We are working together with the UNHCR to protect female refugees from gender based violence because women are already vulnerable. Also, the government of Uganda has a zero tolerance policy and as partners, we have to keep up.”

Wiwo added, that the OPM is supporting female refugees in becoming economically independent, because: “protection of women and girls from gender based violence is very important. Vocational training and education are key measures for that. Focusing on education will help to improve the access to resources and decision making processes.”

Education would also help to tackle the problem of early marriages: “One issue that we have to tackle is early marriages. Early marriage is not something that we encourage but you find in society, that they are still happening. Some of the primary 5 students they are already pregnant. As you go into higher classes, you will find, that they have dropped out. So if we don’t encourage women in their young age, their education and their future will suffer.”

Next to providing women access to education, the audience noted the importance of the male involvement in empowering women in society. Nabwire agreed and said: “We have to think of female engagement in order to solve any gender based problems. So while we push the male engagement agenda, we also have think of the whole drive of leaving men behind. Although women have been left behind for so long, men can have the impression that their position is threatened by the women. So I think we have to work on that with many reflections.”

Finally, the discussion ended with an official launch of the 64th issue of Arise Magazine. Overall, the official launch offered participants the opportunity to talk about the major difficulties of female refugees and start an exchange on how to solve those main problems through society, civil society organizations and state institutions. 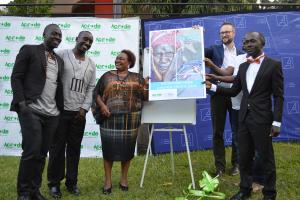 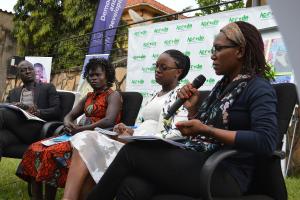 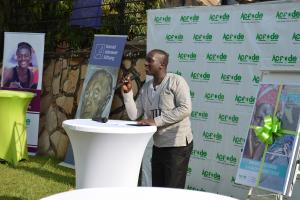