Foundation for African Development (FAD) has held a memorial dialogue for the late Ben Kiwanuka, the founding president of the Democratic Party and Uganda’s first Prime minister. This took place on September 28th at Hotel African in Kampala.
28. September 2011 Bestellinformationen

Ben Kiwanuka who also served as Chief Judge under the Idi Amin regime is acknowledged as a statesman who selflessly promoted democracy and justice in Uganda. For this he was murdered by the Idi Aim regime in 1972. FAD organises on an annual basis a lecture in memory of the late Kiwana with an aim of mobilising key governance actors to emulate Kiwanuka’s example in promoting human rights, justice and democracy in Uganda.

The theme for this years’ dialogue focussed on the proposed constitutional amendment to deny bail to certain categories of suspects and its implication to the fundamental rights to liberty and presumption of innocence. Several critics view this proposal as a violation of people’s rights and freedoms, and a disregard to constitutionalism and rule of law in Uganda.

The discussion was guided by presentations from three panellists led by Democratic Party President Norbert Mao. This was followed by a preview of Ben Kiwanuka’s life by the former Democratic Party President, Dr. Paul Kawanga Ssemogerere. He commended the Late Ben Kiwanuka for his outstanding character and devotion to democratic values and principles, and urged participants to guard against actions that would lead to the abuse and violation of other peoples’ rights. 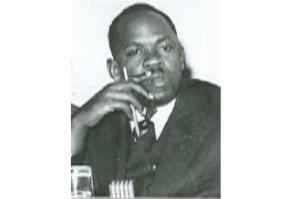