MP Volkmar Klein to visit Adelaide, Canberra, Sydney and Melbourne as part of a political dialogue programme between Australia and Germany
September 17 - 21, 2018

Upon invitation of the Konrad-Adenauer Foundation, German MP Volkmar Klein will travel to Australia for the purpose of a political dialogue programme with Parliamentarians and political decision-makers from Australia . This will also include roundtable discussions with experts centered on the current political, socio-economic and security challenges faced by both countries as well as in the wider region. MP Klein is the re-elected Chairman of the former German-Australian-New Zealand Parliamentary Friendship Group at the Bundestag which has now been renamed to German-Pacific Parliamentary Friendship Group. 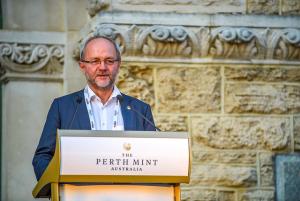