Tel Aviv would not be known as the “White City” today unless elements of German history and culture were anchored here. Today Israelis talk openly and with a growing interest about the German contribution to Israel’s history and culture. How did this Isreali-German dialogue come about? On June 22, the Konrad-Adenauer-Stiftung Jerusalem and the German Embassy Tel Aviv invited to the event “Yekkes and Templers”. The speech given by the Israeli-German author and journalist Dr. Gil Yaron, focusing on the German roots of Tel Aviv, was the highlight of the evening.
June 24, 2011 Ordering Information 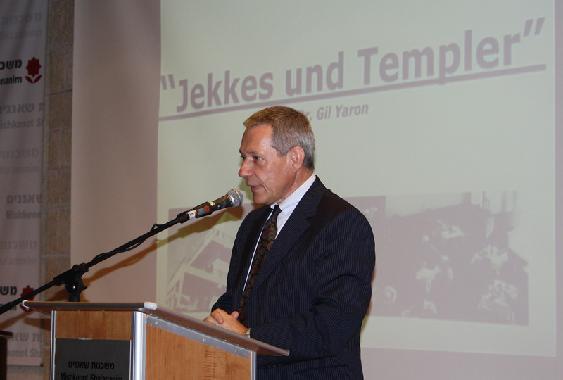 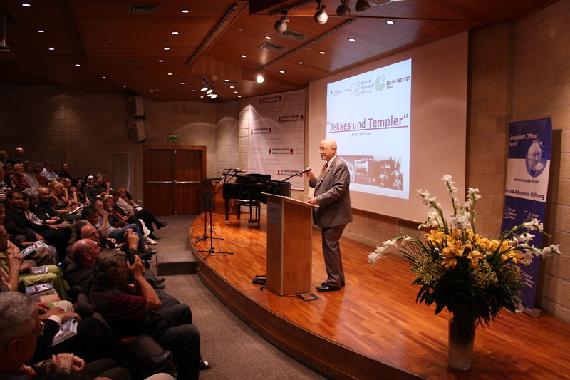 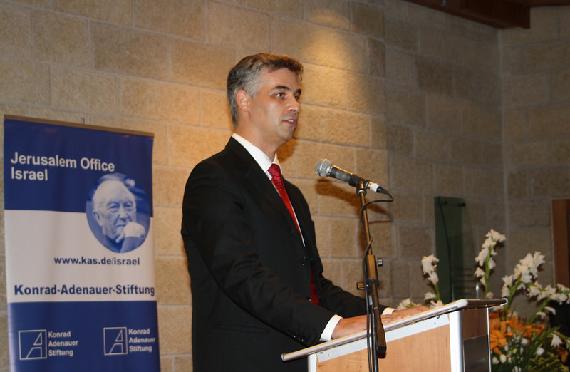 It is impossible to imagine the history of Tel Aviv without the German pioneers’ contribution. In the late 19th and early 20th century, hundreds of pietistic Templers from Germany settled in villages in the coastal region and laid, together with German Jews, the Yekkes, the foundation for the industrial boom of Tel Aviv. Today more than three million people with various national backgrounds live in the city’s catchment area. The pulsating economic metropolis, more than one hundred years old by now, is considered till today as an example of cultural and societal diversity, of integration and peaceful coexistence.

The German Ambassador to Israel, Dr. Harald Kindermann, opened the event and welcomed the numerous participants. Michael Mertes, resident representative of the KAS-Jerusalem Office since June 1, gave a review of the almost 30 years, the Konrad-Adenauer-Stiftung had been present in Israel and stressed that the Foundation considers itself as a particularly committed actor in the continuous German-Israeli dialogue.

“The re-creation of Tel Aviv, the ‘Yesch MeAyn’ (creation out of nothing) of the first Hebrew city, was not a miracle but the result of a long story. This does by no means diminish the unique individual achievements of the idealistic founders and their descendants. Despite of all difficulties, is was their courage and their adherence to their dreams which made Tel Aviv possible; a unique city in which West and East correlate and merge.” (translated from German: Gil Yaron, Jekkes und Templer, 2009)

With these words Gil Yaron expresses his appreciation of the “White City” and its founding fathers and mothers – the Templers and the Yekkes. He amused the audience with “yekkish” anecdotes from his own family history. Yaron was born in Haifa 1973 as a child of German immigrants and spent his youth in Düsseldorf. His medical studies took him to the United States and then back to Israel. He was so fascinated by the issues of the Middle East that he started publishing articles as a freelance journalist during his studies. Today, he is working as a Middle East correspondent for renowned German print media such as “Frankfurter Allgemeine Zeitung” and the weekly “Der Spiegel”. His analyses and assessments can also be found on RUFA (dpa-radio) and on “Deutsche Welle”.