This workshop is being organised together with Al Quds Center for Political Studies.

This seminar is being organised in cooperation with the Jordanian Center for Civic Education.

As a continuation of Youth Academy launched in 2018, KAS and the cooperation partner JCCE are organising a two day workshop for 14-16 targeted group of youth under the activities of the youth Academy 2019. It will take place on the 22th and 23th of February 2019 in Amman. The workshop aims at developing and empowering a generation of youth leaders who are able to participate in decision making process by discussing political issues and topics while networking with each other through formal and informal networks. The targeted youth will be selected from civil society organizations and political parties across Jordan, from areas such as Eastern Amman, Al Tafileh, AlMafraq, Ma’an, Ajloun, Madaba and Irbid.

KAS Jordan Office is organizing an expert roundtable on the topic of "Youth and Prevention." A delegation of German politicians and experts, including the Deputy Prime Minister of North Rhine-Westphalia, have the opportunity to exchange views and experiences with high-ranking Jordanians such as a Former Prime Minister and the Minister of Youth and Culture, as well as a number of Jordanian experts.

Workshop: Politics in the Media

KAS Jordan Office in cooperation with Al-Quds center organises a series of training workshops to strengthen the role of youth in Jordanian Political Parties. The first of these workshops takes place on the 16-17th of February in Amman. The workshop aims at strengthening the ability of youth’s leadership capacity's and ownership over political party platform.

Conference: Civil Society as a Bulwark Against Extremism

KAS Jordan Office organises this conference in cooperation with Nisan Center for Political and Parliamentary Development.

KAS Jordan Office and Leaders of Tomorrow are organising a Rooftop Roundtable Discussion on the topic of Social Entrepreneurship in Jordan.

The fourth training session of the Youth Academy will take place on the 21st & 22nd of Sep. 2018 in the Hilton Dead Sea Hotel in Cooperation with the Jordanian Center for Civic Education, entitled “discussing Notions of Citizenship and tolerance.”

Fit for the Future

To contribute to a high-quality reporting in Jordan, KAS Jordan Office is focusing on promoting young journalists in the country.

Building Advocacy Campaigns in the Field of Economic Policies

KAS Jordan Office and the Jordanian Center for Civic Education are organizing a workshop on how to build an advocacy campaigns for economic policies. 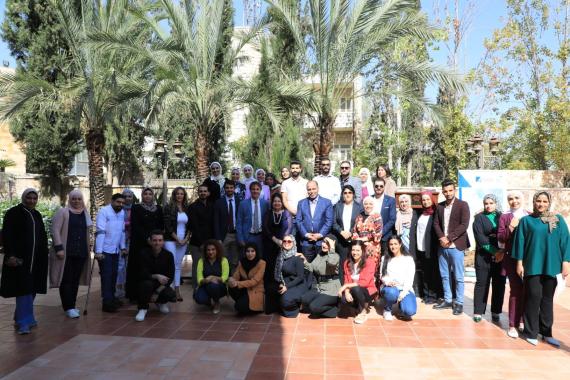 The Konrad Adenauer Foundation’s Jordan Office marked this year’s conclusion of the “Youth Academy” and “Women’s Voices” programmes which took place in cooperation with the Jordanian Centre for Civic Education (JCCE). 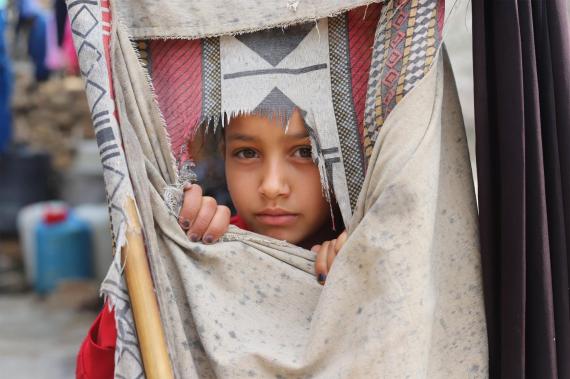 The Konrad-Adenauer-Stiftung (KAS) organized a panel discussion in Amman on the 25th October 2022 on the impact of the war in Ukraine on the humanitarian crisis in Yemen and the prospects for peace. 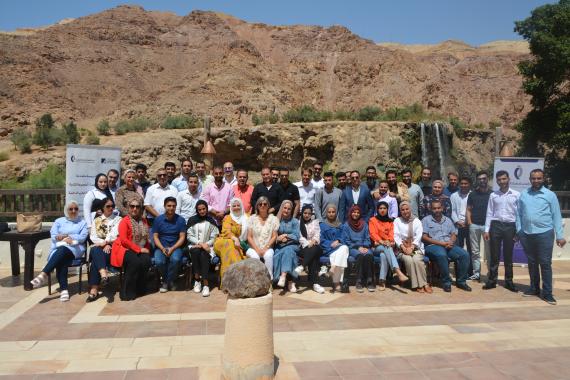 On the 14th September 2022, KAS Jordan Office and Al-Quds Center for Political Studies celebrated the closing ceremony of their training, "Jordanian Academy for Political Education" in the King Hussein Club. 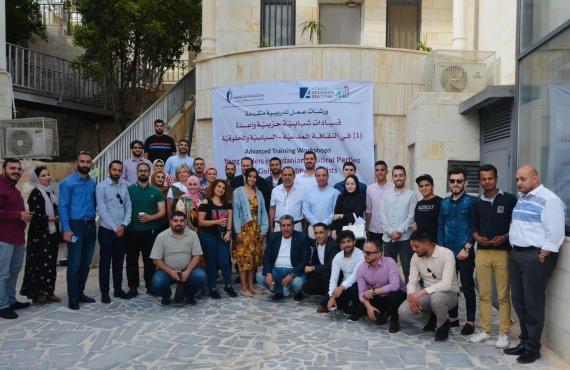 Following the recent outcomes of the royal initiative to modernize the political system, KAS- Jordan Office and Al-Quds Center for Political Studies have launched an Academy for Youth in Political Parties which revolves around promoting democratic standards within Jordanian political parties and enhancing political communication for young leaders. Towards Better Security in the Middle East

The Konrad Adenauer Foundation (KAS) Jordan Office and the Arab Institute for Security Studies (ACSIS) hosted its first roundtable discussion on the Missiles Capability Protocol from the 17th-18th May 2022. The aim of this roundtable was to initiate an inclusive and constructive dialogue in order to develop confidence-building measures that entail missile capabilities. The roundtable hosted a number of experts representing various international bodies such as the International Committee of the Red Cross (ICRC), the United Nations Office for Disarmament Affairs (UNODA), the US Center for Arms Control and Non-Proliferation, the League of Arab States, the International Campaign to Abolish Nuclear Weapons and the Gulf Cooperation Council (GCC). The roundtable analyzed different aspects of missile proliferation regionally and internationally; specifically, the legality of utilizing missiles in armed conflicts, and its impact on security and stability, and concluded with recommendations on how to reduce the threat of missiles and ensure a better regional security architecture. 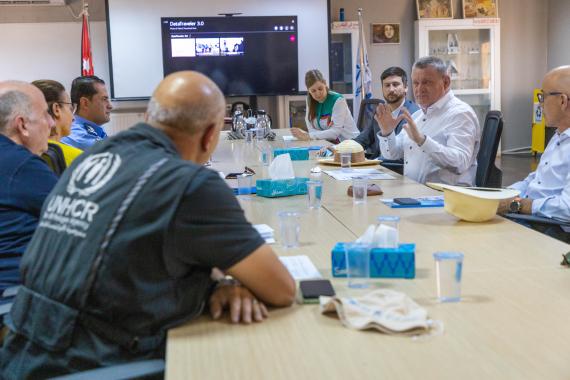 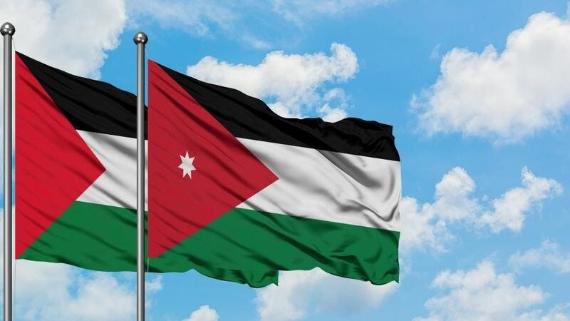 KAS-Jordan Office and KAS Palestine Office organized a dialogue seminar for young Jordanian and Palestinian political analysts. The participants discussed current developments in the Middle East conflict as well as the shift in regional power relations and how it affects them both domestically. The decision-making processes of both governments were also examined, as well as possible future energy and water cooperation. Finally, issues of identity in both Jordan and Palestine were explored. 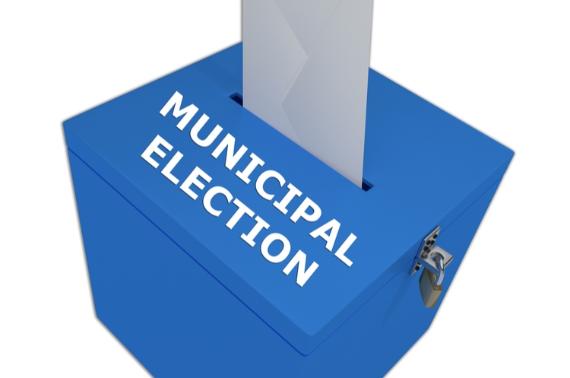 Jointly with Al-Quds Center, Konrad-Adenauer-Foundation Jordan Office conducted two training workshops on municipal and governorates management and how to run successful election campaigns. These two workshops took place in March 2022 in the governorates of Amman and Irbid. 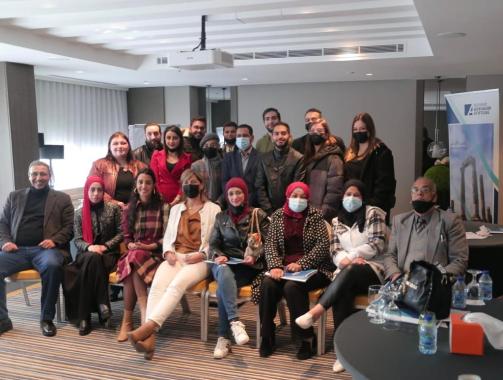 The Untapped Potential of Jordan’s Youth for the Kingdoms Decentralization

The Jordan Office of the Konrad-Adenauer-Stiftung, in cooperation with the Ministry of Political and Parliamentary Affairs, has been organizing six one-day workshops on “Local Administration and Youth” across the Hashemite Kingdom. The workshops focused on raising awareness and promoting discussion for the upcoming municipal elections on March 22nd, 2022 and the role of local community. The first workshops in Madaba on February 17th, 2022 witnessed among its 19 participants a wide spectrum of Jordanian youth and women. 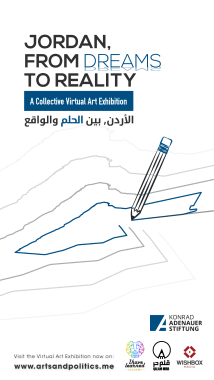 Jordan: Between Dreams and Reality

A virtual arts exhibition under the theme 'Arts and Politics'