'She is Art' Exhibition 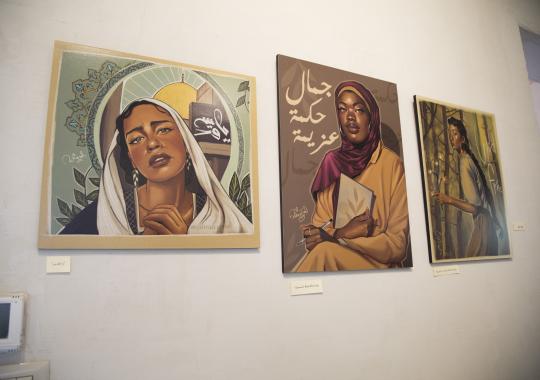 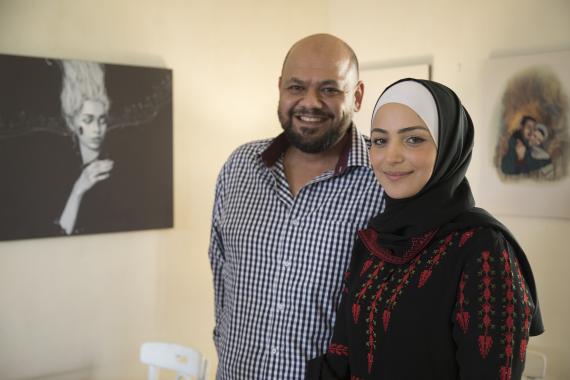 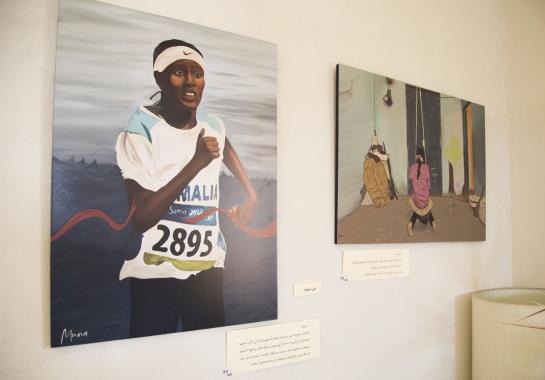 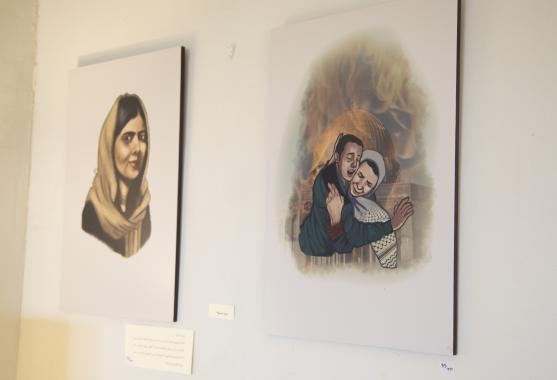 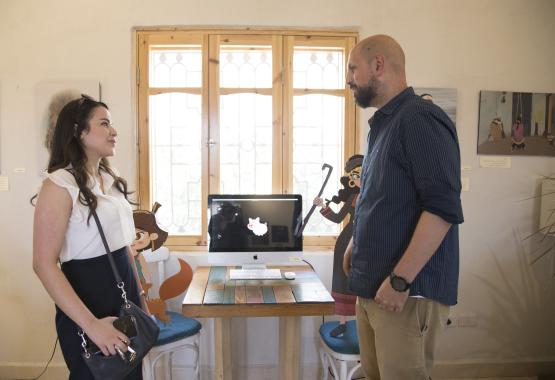 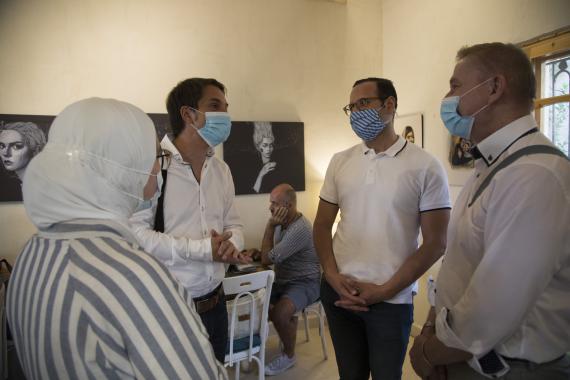 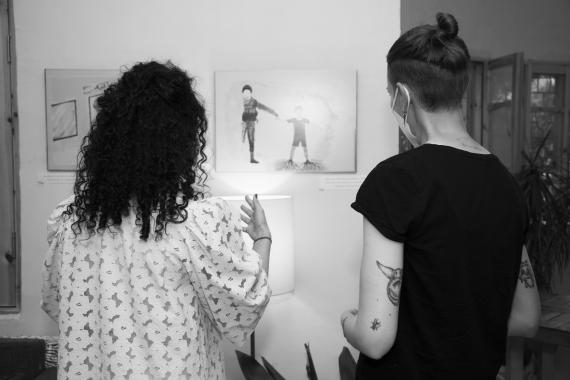 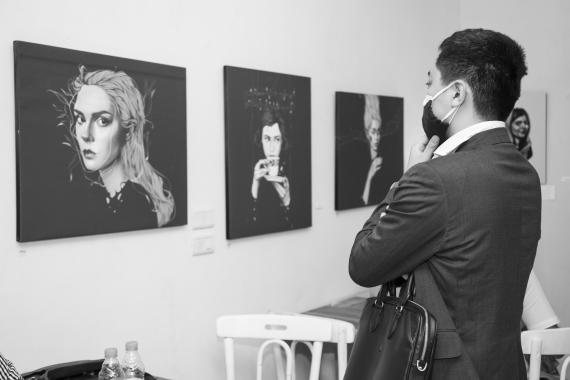 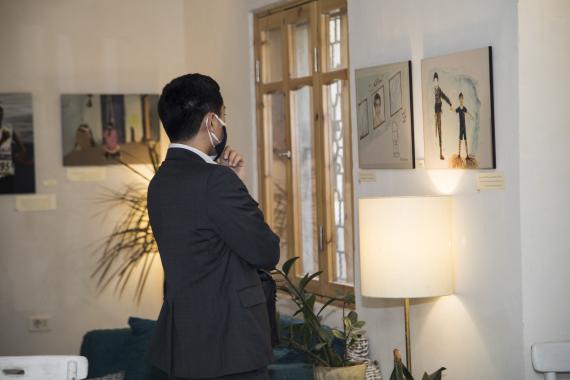 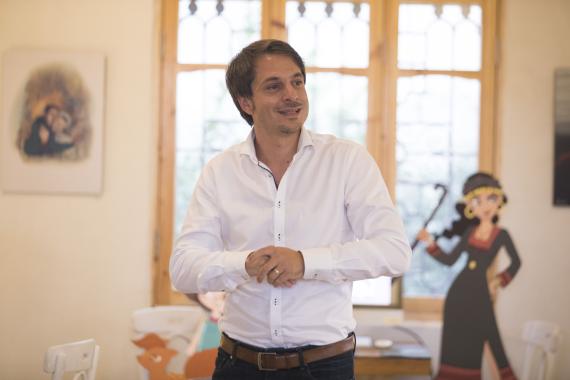 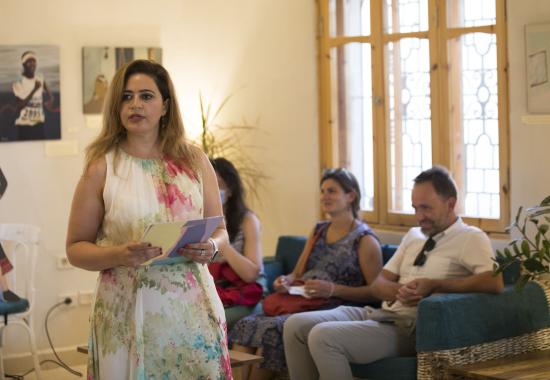 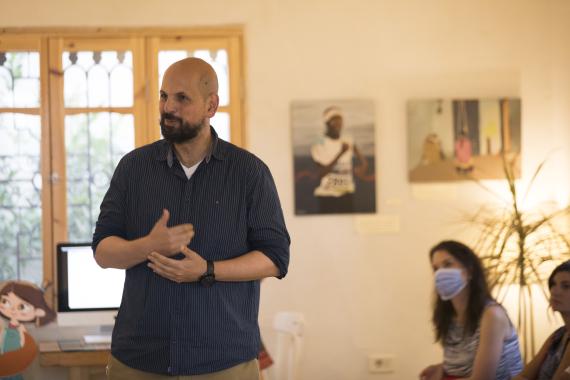 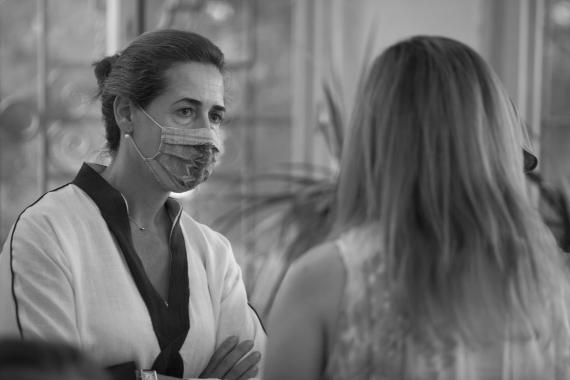 After a four-month period filled with workshops, activities and networking events, 10 female artists from around Jordan, showcased works produced during that period in an exhibition held at Fann wa Chai between the 20th-30th May 2021. As part of the “Empowering Female Cartoonists in Jordan” project, jointly coordinated with local partners, Wishbox Media and Qalam Hurr, the exhibition ‘She is Art’ displayed a plethora of different artworks, each with its own unique style and technique.

The exhibition wraps up Phase I of the project which meant to empower female artists from all around Jordan and provide them with the necessary tools, expertise and networks to expertly market their work and provide future opportunities to become more involved in this genre. For many of the artists, who have been producing artworks since a young age, this project came as a first-time opportunity to develop their skills, hone their talents and meet like-minded individuals. One artist, Sarah Ghraibeh, an International Relations student from Ajloun, stated that participating in the exhibition gave her hope and purpose, especially when spaces to demonstrate artistic talent is limited. In fact, she stated that she used to travel to Irbid or Amman to buy art supplies because they weren’t available in Ajloun

The opening night of the exhibition brought together a group of distinguished guests from embassies, the UNDP, Jordanian influencers and artists and representatives from women’s rights organizations. In his opening speech, Dr. Edmund Ratka, resident representative of the Konrad Adenauer Foundation-Jordan Office, affirmed that the project aims to support female artists as a measure for women’s empowerment and to create a public sphere that encourages open communication and dialogue through the arts. On his side, KAS partner, trainer and prominent Jordanian cartoonist, Omar Abdallat, also reiterated Dr. Ratka’s statements and mentioned that the project has been months in the making before coming to fruition, and aims to promote female artists’ talent to encourage them to play a more active role in a mostly male-dominated field.

The artworks all tell a different story that reflect the artists’ dwelling thoughts on issues that affect Jordanian society such as women’s rights and child labor. An up-and-coming artist, Ghada Al-Jarmy, an artist from Al-Zarqa’a, produced three different paintings, each of which depicts images of women with stoic facial expressions despite the presence of gaping holes in their faces or other areas in their bodies. The ‘holes’ were meant to represent the agony and inner turmoil that cannot be expressed verbally-hence the women’s closed lips and poker faces. Sarah Ghraibeh, presented a painting of a young woman in a wheelchair whose seat extends out into a hand that’s cradling a young woman clutching onto a yellow orb with an Arabic caption underneath the painting that reads, “Dreams are not exclusive…Hold onto your dreams”. Ghraibeh wanted to highlight the challenges that people with disabilities face in Jordan and the lack of opportunities they’re given simply because they are reduced to their disabilities and viewed as vulnerable. Another artist, Ameera Al-Sharif, displayed a painting inspired by the Danish fairytale “The Little Match Girl” to draw attention to child labor in Jordan, especially the kids who spend hours every day either begging for money or selling small trinkets in Amman’s streets, instead of going to school. Another compelling example of some of the brilliant artworks shared, are by those from artist Roa’a Zaitoun, who’s currently residing in Russia, and participated in this project through Zoom and sent her art pieces to be displayed at the exhibition. Zaitoun’s art pieces focus on the Palestinian plight and the struggle for self-determination.

Some future steps are currently being planned to further extend the project and support the artists. In fact, an online exhibition is currently in the works in cooperation with KAS-Lebanon. Rawan Hammad, who showcased an animated video in the exhibition and is the creative director of her own start-up company Oryx, expressed her wishes to be involved in the future steps of the project following the exhibition to help her further her career.

The exhibition attracted some local media coverage, where the opening night was covered by the Jordanian media outlet, Petra News Agency. To read up more on our event, check out their published article by clicking on the link to the right side of the page! 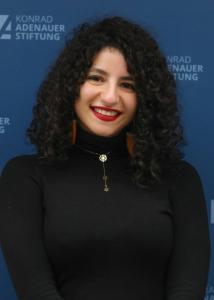