Conference on "Citizens on hold – the Syrian Refugee Issue vs. Lebanese Concerns"

In partnership with Konrad Adenauer Stiftung, Hayya Bina has implemented a program entitled “Citizens on hold – the Syrian Refugee Issue vs. Lebanese Concerns”, that aims to address the devastating repercussions of the Syrian refugee crisis and mitigate the rising strife between the Syrian refugee population and the Lebanese host communities.

The program conceived the creation of joint Lebanese-Syrian Civil Committees (LSCC) in three different locations in Lebanon (Bekaa, North and South), that included community leaders from both sides to facilitate meaningful exchanges and dialogue in each location. In parallel, another national and non-partisan committee, the Lebanese Citizen Consultative Council (LCCC), which was composed of Lebanese citizens, sought to consider and deliberate on the daily political and social challenges of the Syrian refugees, while being constantly updated by the progress of the fieldwork conducted by the LSCC.

Hence, the upcoming conference will shed the light on the objectives and the achievements of the program, the challenges faced by the participants and give an overview of the discussions between both Committees and the agreed upon recommendations. 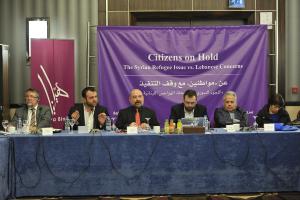 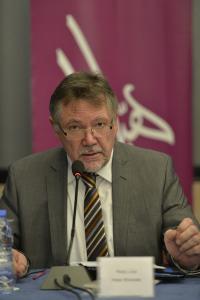 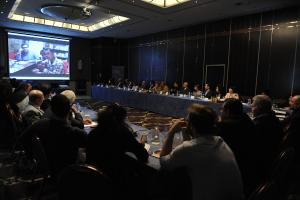