Dialogue between the municipalities of Ersal region - Foundation Office Lebanon

Dialogue between the municipalities of Ersal region

On Sunday, the 26th of November, the Konrad-Adenauer-Stiftung, in cooperation with the municipality of Ersal and under the auspices of the Lebanese Armed Forces (LAF), organized a conference to promote the dialogue among the municipalities of the region. The aim of the event which was attended by local actors, municipal councils and INGOs was to address the challenges of the current situation in the region, the cooperation of the municipalities among themselves and with the INGOs and the donors’ community, and to focus on appropriate steps and measures for the future of the region.
December 9, 2017 Ordering Information 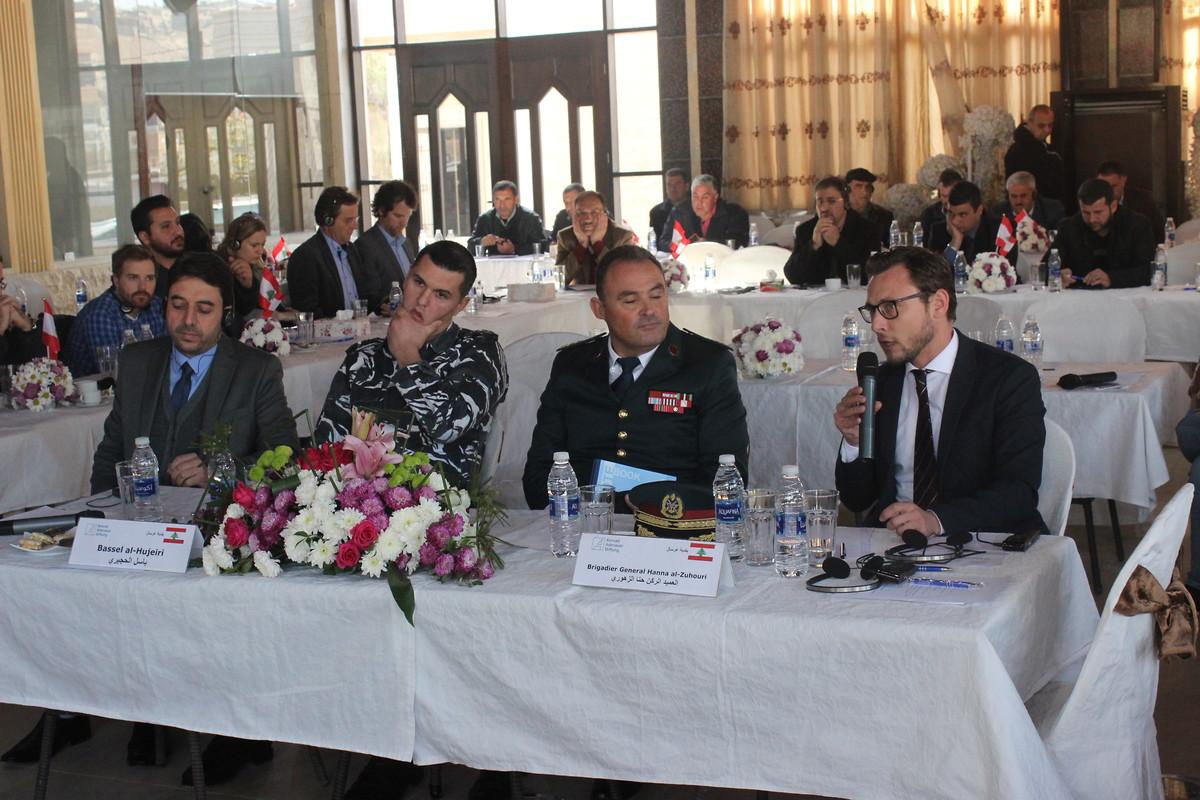 Due to the Syrian civil war, the region of Ersal which already counted among the poorest and most underdeveloped regions of Lebanon was pushed to its limits. The trade with Syria, representing one of the most important markets for the export of agricultural products, collapsed which led to a massive loss of revenue for local farmers. Furthermore, Ersal temporarily sheltered 120,000 Syrian refugees, resulting in the overuse of infrastructure and higher competition on the labor market which led to tensions with the local population. In addition, it became very difficult or even impossible for the residents of Ersal to cultivate their fields due to the security zone set up by the LAF around the town, responding to the activities of jihadist organizations in the region. Although the conclusion of a ceasefire agreement between Daesh and Hezbollah in August 2017 has restored a fragile peace in the region, the lack of market access in Syria and the still large number of refugees remain important challenges.

This conference was organized to tackle these issues by creating a vision for a stable and sustainable development of the local economy and promoting peaceful coexistence of the Lebanese and Syrian residents. The lectures covered the economic and developmental challenges of the region associated with the disrupted trade flows to Syria (Elias Ghadhban), the media coverage of the Ersal crisis (Amin Issa) and the role of the local communities (Bashir Matar). As a result of the speeches and the ensuing discussions, the 65 participants concluded that further efforts in the promotion of freedom, education and political accountability were the prerequisite for guaranteeing economic success and social cohesion between the local population and the refugees. Furthermore, the participants highlighted the importance of close cooperation between public authorities and the municipal councils to develop comprehensive strategies for the region. In addition, the INGOs and the donors’ community were urged to work with all communities in order to strengthen the region as a whole instead of focusing on some specific areas.