The Konrad Adenauer Foundation is pleased to announce the launch of its new debate forum "Beirut Debates". The series aims to provide a platform for debates between representatives from politics, the private sector, academics, activists and civil society. The exchanges will bring together different viewpoints and provide a space to reflect on the challenges and opportunities facing Lebanon and the wider region. Famous in the Middle East for its liberal approach to diversity and free exchange of views, Beirut is a hub of intellectual debate in a region where critical voices struggle to have their voices heard. The first event in this series took place on the 29th of October and revolved around the title "Rethinking Foreign Aid for Lebanon: A Reflection on Lessons Learned, Accountability and Responsibility".
November 20, 2020 Ordering Information 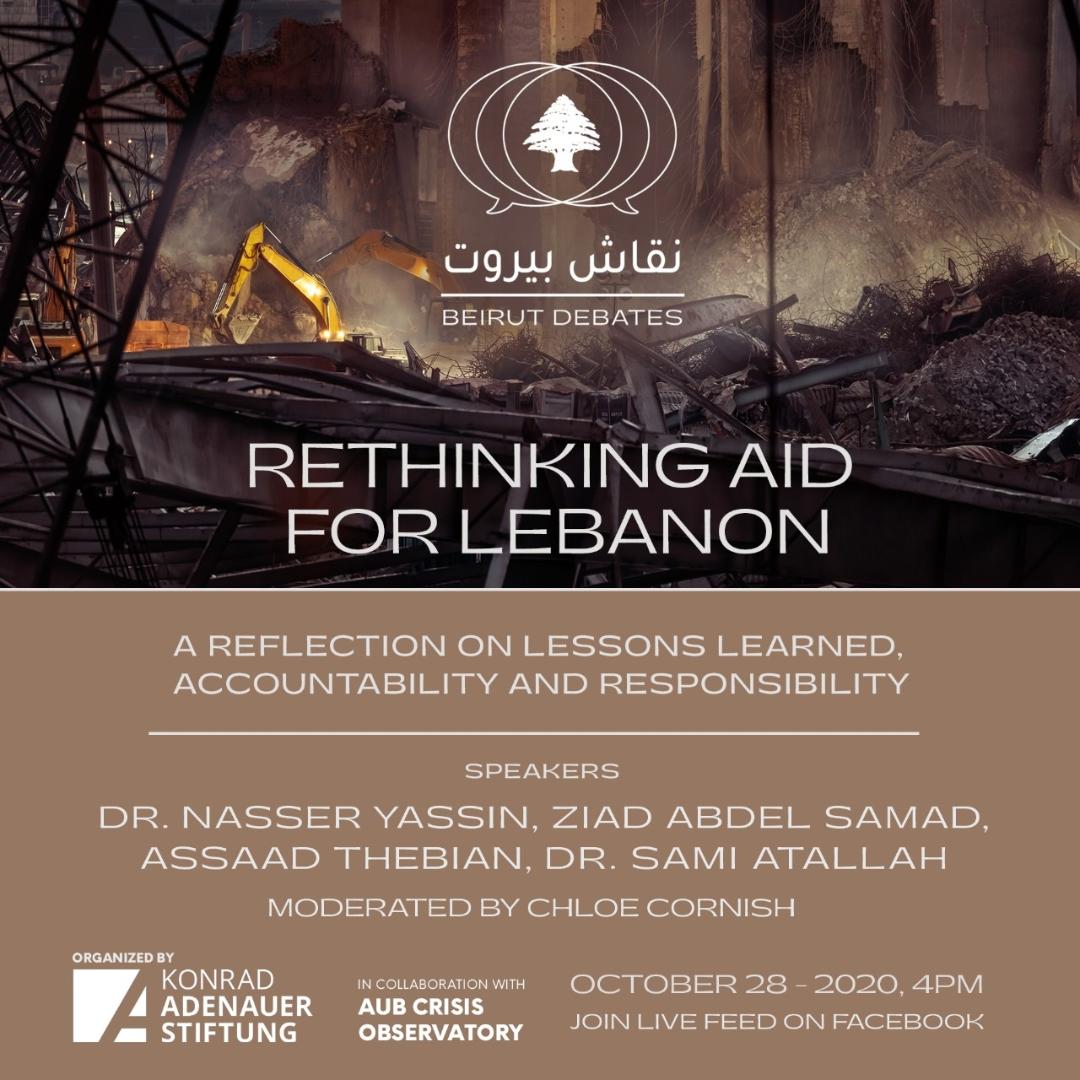 Beirut Debates
After the Lebanese Civil War (1975-1990), massive flows of foreign financial assistance were sent to the country. While initially the majority of this money was used for reconstruction, the Lebanese economy gradually became dependent on these inflows to stabilize the fragile macroeconomic model. At the same time, donors avidly funded infrastructure project, one after another, - yet the benefits of these investments can barely be seen in the country's infrastructure. Financial inflows recently dried up and its most promising hopes, CEDRE and the IMF program, are far from being materialized. The increased interest in financial aid following the August 4 explosion could benefit the Lebanese government overcome this foreign aid deadlock. The donors, however, are vowing to bypass the state.
The critical voices of these donor projects have been loud in the past months.

Against this backdrop, KAS and the Beirut Reconstruction Monitor of the IFI Institute hosted a debate reflecting the history of international aid in Lebanon, the impact of it and lessons learnt for the future. This discussion aimed to further define the framework of foreign aid: what can it realistically achieve, and what are its limitations?