20 international academics and experts met on the 2nd and 3rd December in Beirut in the framework of a comparative workshop that discussed the commonalities and challenges of multi-sectarian societies seeking unity and peace after suffering long periods of conflict experience. The expert roundtable, which was organized jointly with the KAS Office Bosnia-Herzegovina, included Lebanese experts, six participants from Bosnia-Herzegovina and other participants from Iraq and Northern Ireland.
December 3, 2019 Ordering Information 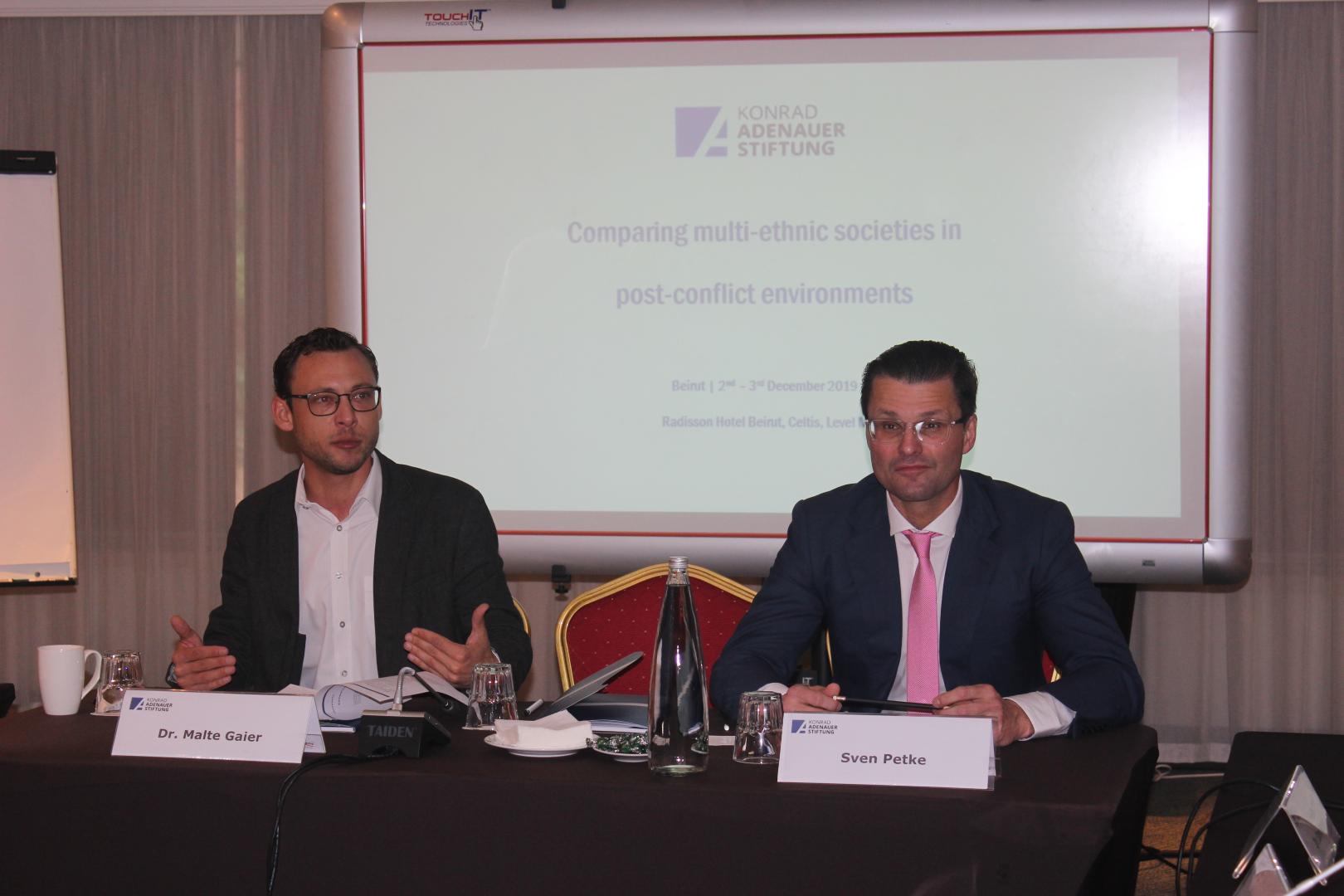 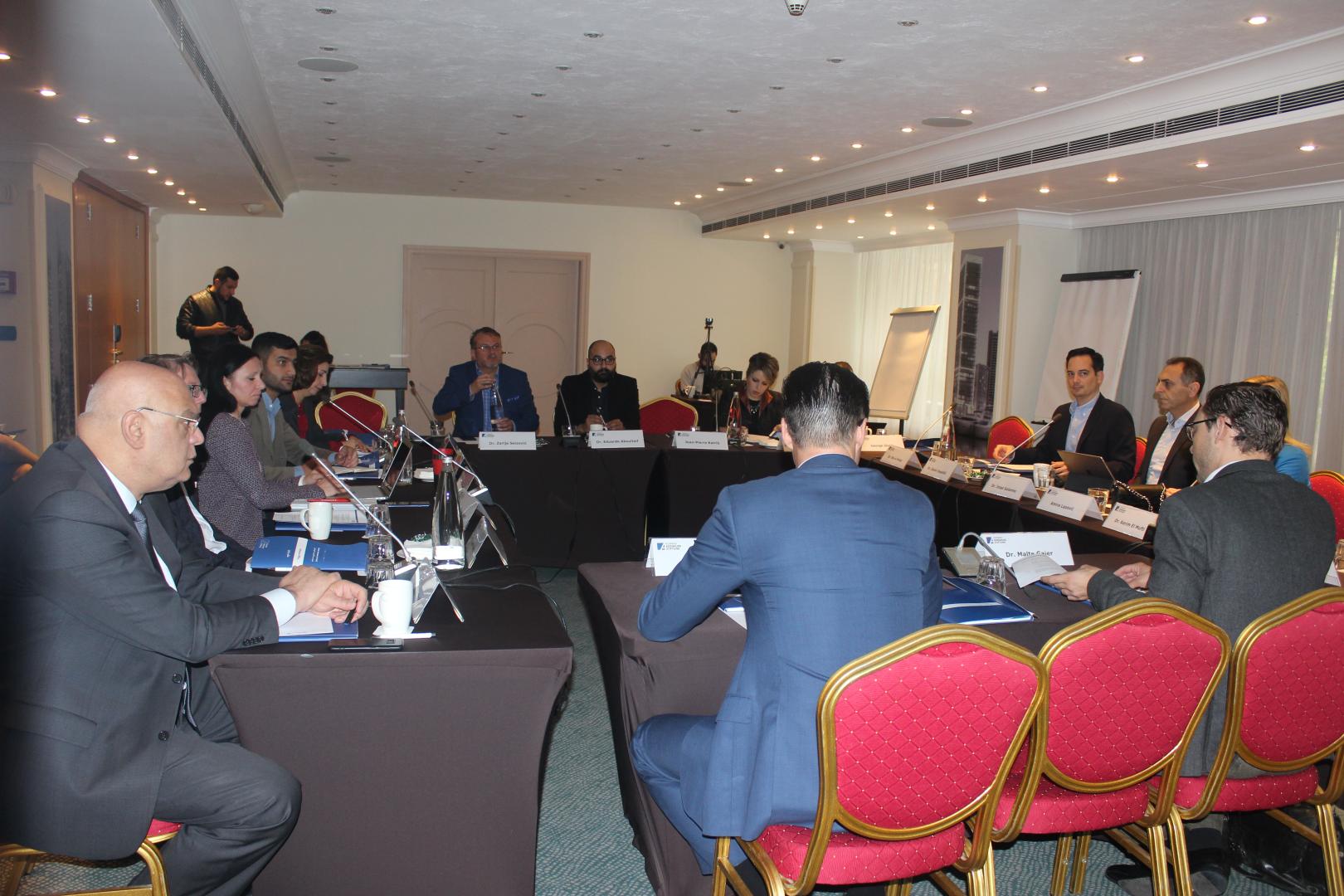 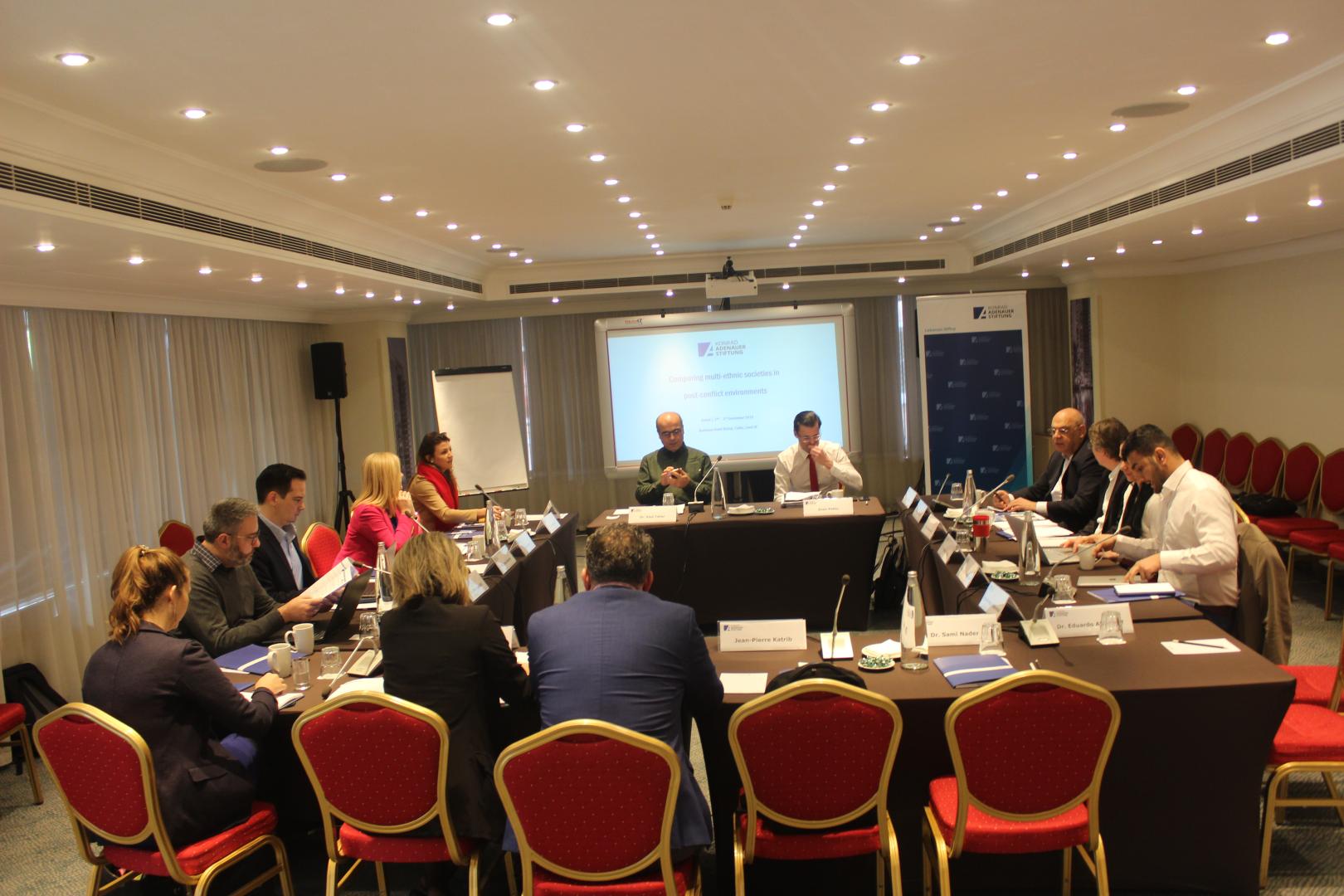 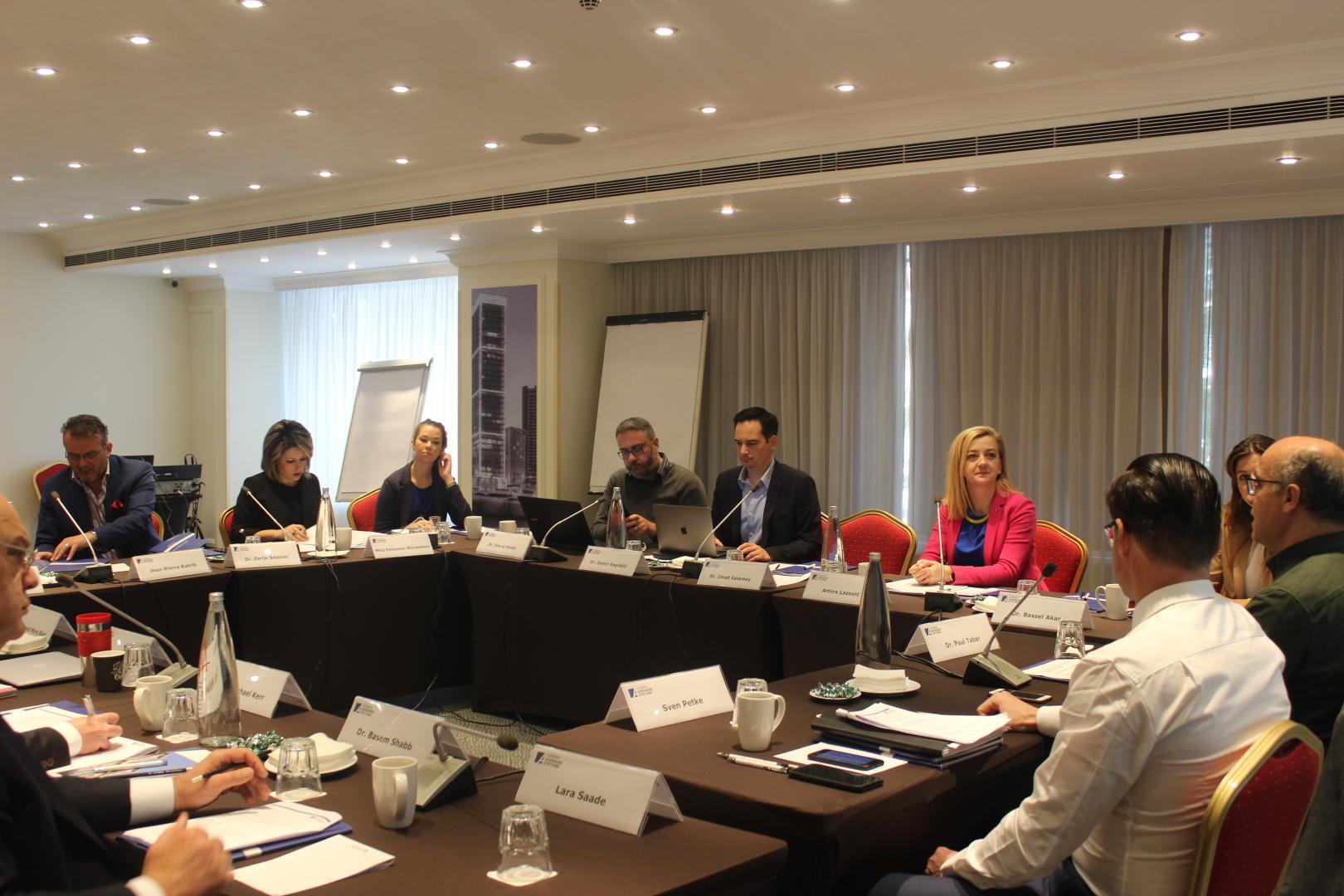 The workshop dealt with the balance that needs to be achieved in highly fragmented countries whose ethnically and religiously oriented policies are aiming for a high degree of proportional representation. Particular attention was paid to Lebanon and Bosnia-Herzegovina, whose politics, economics and transitional justice were compared.

The panel of experts began with a discussion on the effects of clientilism on governance and overall economic performance. The debate showed that ethnic divisions can severely hamper the public sector, especially in terms of fair competition and public procurement. If the public sector does not develop effective mechanisms to ensure good governance and inclusiveness, the entire economy can be negatively affected.

Subsequently, the proportional distribution of key positions in institutions such as Lebanon, Bosnia-Herzegovina and Iraq was compared. Societies with complex ethnic structures often require ethnically sensitive institutions that offer incentives for cooperation and conflict prevention. On the other hand, plenty negative effects are likely to emerge out of an emphasis on ethnic rather than civilian identities in staffing positions.

The discussion was followed by a speech on the impartiality and independence of the judiciary in sectarian systems, sparking an intensive debate on the compatibility of denominationalism with legal independence.

Transitional justice was another central theme of the workshop. How should one deal with one's own violent past when it took place among one's own citizens? This panel debated the legal approach for war crimes. A strong contrast stood out between Bosnia-Herzegovina on the one hand, which investigated part of the war crimes by the international court ICTY, and Lebanon on the other, which had a general amnesty issued for war crimes committed during the civil war. In addition, the cultural processing of the past was discussed: How do societies deal with the memory of civil war? Approaches in education and pedagogy were discussed in particular. The great challenge for the compared countries lies in the widely differing interpretation of the past by the sectarian groups which at the same time lay claim to representing the only truth. This debate was also connected with the preservation of war memories in form of national holidays, museums or statues.

The central point of any debate about highly fragmented nations is the question of national unity governments - is it a path to peace, or does it suffocate not only an effective opposition, but also any ability of the government to take decisions and act effectively? This and the different models of electoral law were also compared and discussed during the workshop. By restarting the constitutional processes that have been interrupted for decades, elections play a decisive role in stabilizing post-war societies.

KAS Lebanon and Bosnia-Herzegovina sincerely thanks all participants for the exciting insights from the various countries and the intensive debates.