Development of the Lebanese Gas Resources, Opportunities and Challenges

On 7th August 2019, Konrad Adenauer Foundation (KAS) held a roundtable discussion on current developments concerning the Lebanese gas resources in the eastern Mediterranean. Together with numerous experts as well as representatives of foreign embassies, chances and challenges of gas extraction by Lebanon were discussed. The event took place at the Lancaster Plaza Hotel in Raouche. The main focus laid on the presentation of Brigadier General Khaled Hamade's policy paper "Development of the Middle East Gas: Opportunities & Challenges".
August 7, 2019 Ordering Information 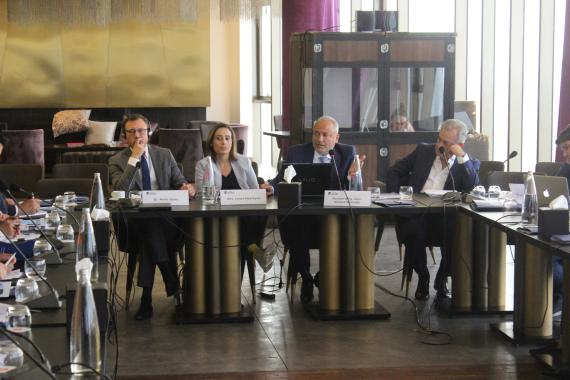 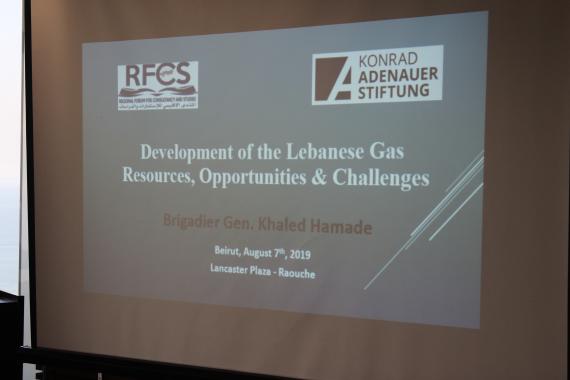 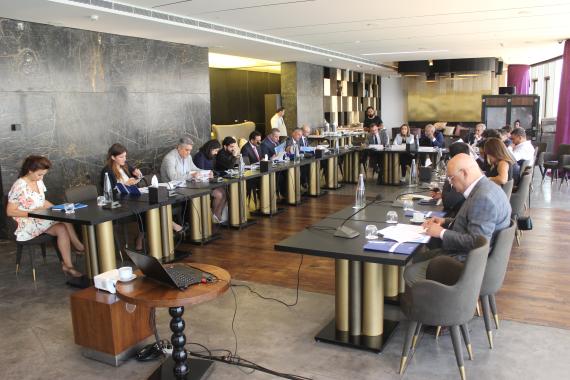 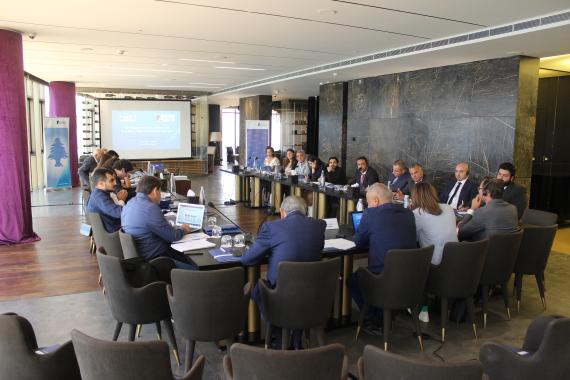 Dr. Malte Gaier, Resident Representative of KAS to Lebanon, in his opening speech pointed at numerous other publications by the foundation on the subject of gas, oil and geopolitics. In this way, KAS was able to build up a large expertise in the field, which will be complemented by Brigadier General Hamade's policy paper.

In his publication, Hamade gives an overview over the main gas resources in the Mediterranean, the existing pipelines and the transportation network, as well as the geopolitical interests of gas-producing countries. He spoke about the Lebanese-Israeli conflict over their sea border and Turkey's latest operations towards several gas fields within the Cypriot economic zone, which Turkey considers to be within its territory. The European Union is seeking to diversify its gas supplies, therefore acting as a possible customer to gas from the eastern Mediterranean. A last part of Hamade’s publication takes a look on protecting gas extraction facilities and Liquefied Natural Gas (LNG) Hubs from terrorism, vandalism and cyber-attacks, too.

In the ensuing discussion, which was moderated by oil and gas expert Mrs. Laury Haytayan, it became clear how important it is for Lebanon to promote offshore gas. The plenary agreed that Lebanese companies must start extracting resources to gain knowledge in the field that other states already have. On the one hand, this concerns technical knowledge regarding the extraction process. For this purpose, the government should seek close contact with the companies involved in the extracting gas. On the other hand, however, there is also lack of experience in the subject with the Lebanese government. For example, there is no strategy for the export or for winning customers for the promoted gas. Furthermore, most of the participants doubted that Lebanon could be a competitor for Egypt in the export of LNG.

KAS thanks all participants for their valuable contributions and the lively discussion.