Expert meeting on the new electoral law of Lebanon

On the 11th of December 2017 the Konrad-Adenauer-Stiftung (KAS) and the Maison du Futur organized an expert meeting on "The New Electoral Law, Toward What Lebanon?". At the event, the new electoral law was comprehensively discussed in terms of its opportunities, shortcomings, weaknesses and implications under the direction of Dr. Nawaf Kabbarah.
December 14, 2017 Ordering Information 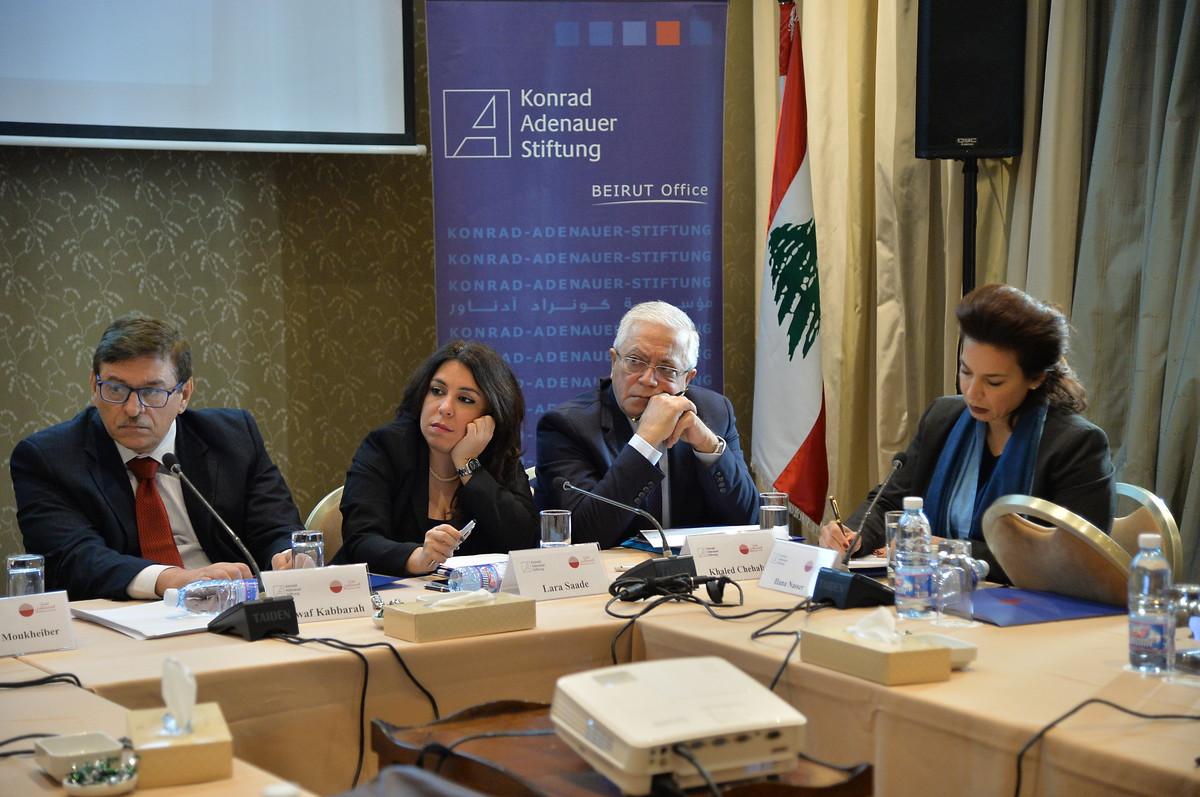 In addition to former president Amine Gemayel, the former ministers Ziad Baroud, Elie Ferezli and Damianos Kattar, the MPs Ghassan Moukhayber (FPM) and Ahmed Fatfat (Future Movement) as well as legal experts who had in part worked on the new electoral law were present.

A lively discussion ensued following a series of lectures on different aspects of the electoral law. According to some participants, gerrymandering is an issue in some constituencies. Furthermore, denominational minorities will not be adequately represented in several electoral districts and women won’t be either as parliament did not pass binding women’s quotas for the electoral lists. At the same time, however, the Lebanese community living abroad will be represented by the creation of six parliamentary seats in the elections of 2022.

Concerning the direct act of voting, some participants criticized that the voting age was not reduced from 21 to 18 years in spite of Lebanon’s young population. According to the new electoral law, the persons entitled to vote will have the opportunity to cast a preferential vote, i.e. to choose a particular candidate on an electoral list. This is only possible due to the fact that the electoral lists will be standardized for the whole country as the ballots will be pre-printed by the Ministry of the Interior. Regarding the concrete decision-making of individual voters, opinions diverged about whether individuals will really take advantage of their new opportunities in regard to the preferential vote and whether they will rather vote according to their sectarian identity or to their political preferences.

The question of how the electoral law will impact the new parliament raised further controversy. On the one hand, some participants held the opinion that it would definitely allow one party to dominate the whole parliament, on the other hand, it was emphasized that the results were unpredictable due to the unclear vote count procedure.