Unity and Social Cohesion in Malaysia

The conference serves as a platform for discussions and to gather feedback to assist the committee of the National Unity Consultative Council (NUCC), formed by the Prime Minister of Malaysia, to formulate the National Unity blueprint.
September 30, 2014

This conference hopes to study some of the best practise models that exist in our region and other countries.

The countries that will be focused on in this year’s conference are India, Indonesia and the United Kingdom. All these countries share similar conditions with Malaysia and have long struggled to create a method for unity and social cohesion. Some countries like the United Kingdom have succeeded in creating an equality act to address the situation of discrimination, while some other countries like Indonesia and India are making efforts to head that way. Our confirmed invited guests are Ms Teesta Seltavad (India), a senior journalist, educationist and activist who has worked with several Indian publications since 1983 on fighting religious intolerance in India; and Ms Alissa Wahid (Indonesia), daughter of the former Indonesia President Abdurrahman "Gus Dur" Wahid and currently the National Secretariat Coordinator of GusDurian, a national organization which promotes unity in diversity.

The conference is full one-day event with the target of 100 participants from relevant stakeholders (government, statuary bodies, non-governmental institutions and education institutions).

The conference is a collaborative effort with Pusat KOMAS and the Institute of Ethnic Studies (KITA) from Universiti Kebangsaan Malaysia. 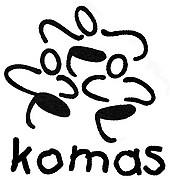