Participants from 12 countries gather in Côte d’Ivoire to exchange skills with colleagues from across Africa to discuss developments in the blogosphere.
March 23, 2022 Ordering Information 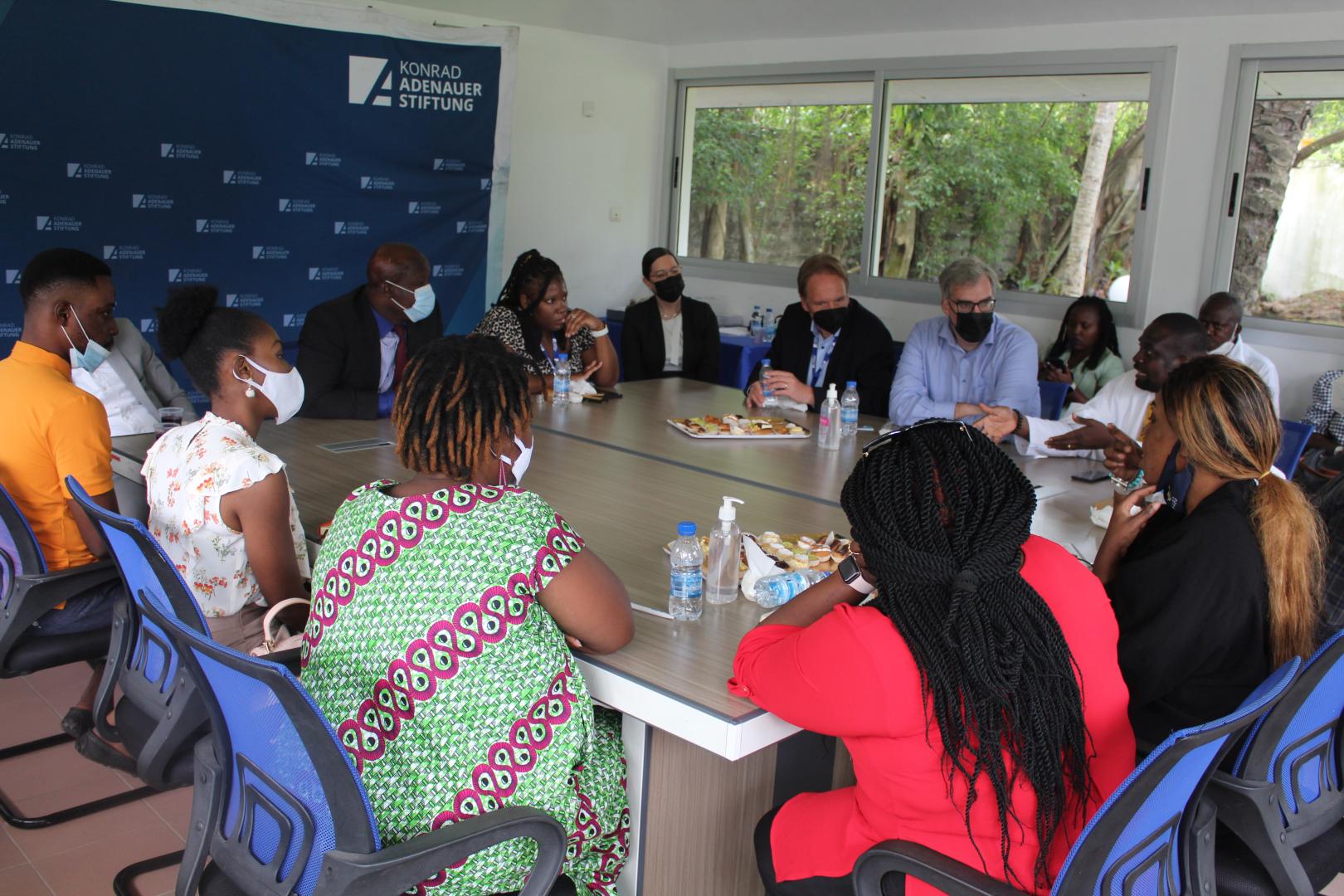 The 2022 #AfricaBlogging conference, attended by 15 participants, was held in Grand-Bassam, a history-rich coastal town to the east of Abidjan. Participants hailed from the host nation, neighbouring Ghana, Kenya, Mali, Tanzania and Togo. Also present were bloggers from Cameroon, the Democratic Republic of Congo, South Sudan, Uganda, Zambia and Zimbabwe.

In an era of social media where misinformation abounds – driven by state- and non-state players – relevance of political blogging, by alternative voices, is set to grow as people search for content that is truthful and contextualized. This is where political bloggers come in: many are known for their independent and insightful commentary. Journalists have also taken to the blogosphere especially where governments are openly cracking down on the freedom of expression.

While acknowledging that blogging is not journalism, KAS Media Africa Director Christoph Plate noted that many journalists have switched to blogging. “This is because the media landscape is changing – blogging gives them an outlet and opportunities [to express themselves] that they might not have in the mainstream media or the particular media house that they are working for,” he said.

However, as it was noted during an outing to meet Ivorian colleagues, the relations between the two sides can be difficult. In the case of Côte d’Ivoire, there are tensions between journalists and bloggers partly due to how they have positioned themselves in national politics. The meeting with Abidjan-based reporters and bloggers was scheduled to give conference participants an opportunity to learn about the local media landscape and exchange experiences from their countries and regions.

Offering an outsider’s view, Dar es Salaam-based Media Convergency CEO Asha Abinallah commended #AfricaBlogging members for generating insightful content but challenged them to make it not only interesting but also discoverable. “Understand online user behavior. This will help you become more effective in packaging your content and grow your readership,” she said. “Your findings or arguments might be excellent but that is not good enough: always write in a manner that gets everyone’s attention. So, be mindful how you present your blogs. Let people see your content.”

As far as new, innovative, ways of telling stories go, Pru Nyamishana shared tips for sustainable podcasting. This Kampala-based #AfricaBlogging member launched her podcast in 2020 and uses it to discuss social issues, human rights and politics. #AfricaBlogging Lead Editor Daniel Ominde notes that the network also began podcasting in the same year to amplify discussions because this is “another format of relaying our opinions as political bloggers, to start and drive conversations.”

Participants also discussed the tumultuous political climate that is gripping the Sahel region, beset by coups d’état. Mali has had two coups in as many years: the latest was in May 2021. Just two months earlier, neighbouring Niger fought off an ouster. In January 2022, Burkina Faso became West Africa’s latest nation to suffer one. Ulf Laessing, Director of KAS Sahel Regional Programme, outlined factors that make fertile ground for coups. Among these was increasing economic competition for resources, said Laessing, contrasting this factor with radicalization, of youths, and terror in the Sahel.