Contemporary Challenges to the Independence of Judges and Lawyers

Separation of powers implied for decades that checks-and-balances in the system exist and that particularly the executive is held accountable. These days, the perspective shifts towards defending the independence of the judicial sector. Restrictions to judicial independence are not only limited to political directions on judicial decision making, bribery, corruption, limited capacities and a lack of economic security for judges. Even where judicial autonomy does exist it does not automatically imply asserting independence by the respective judges. The limitations that we see are often of an internal and/or external character. Threats have become sophisticated and bear a direct impact on the political landscape of the country. Partisan political appointments of judges – especially on the highest echelons have repercussions on the selection and quality of political leadership. They bring ramifications on national as well as on international level.

At a time when the liberal democratic order and with it the independence of the judicial sector come under threat it becomes pertinent to seek again ways and means that allow us to safeguard achievements, to equip the judiciary with the right mechanisms of defense against these contemporary challenges, and to restore confidence of citizens into the judiciary as into the political and democratic system as such. 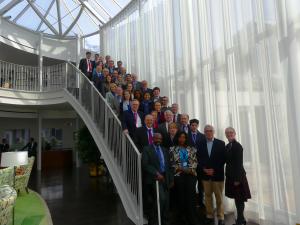