A world power on the way to a global security actor

CHINA’S EMERGENCE AND IMPLICATIONS FOR THE WEST

Mikko Huotari, Head of International Relations at the Mercator Institute for China Studies (MERICS) presented the MERICS-study “China’s Emergence as a Global Security Actor” at a joint event organized by the Konrad Adenauer Foundation and the American Council on Germany (ACG) on February 12th.
February 12, 2018 Ordering Information 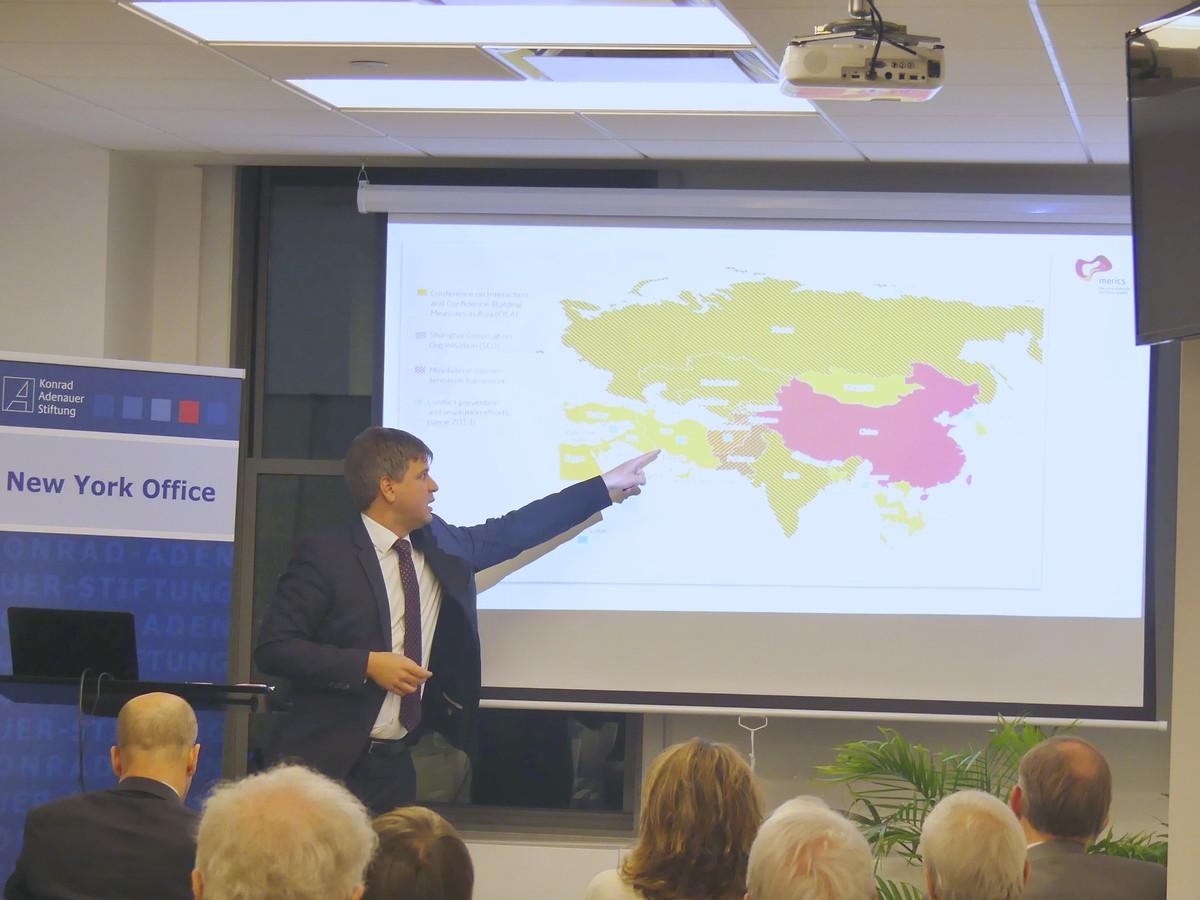 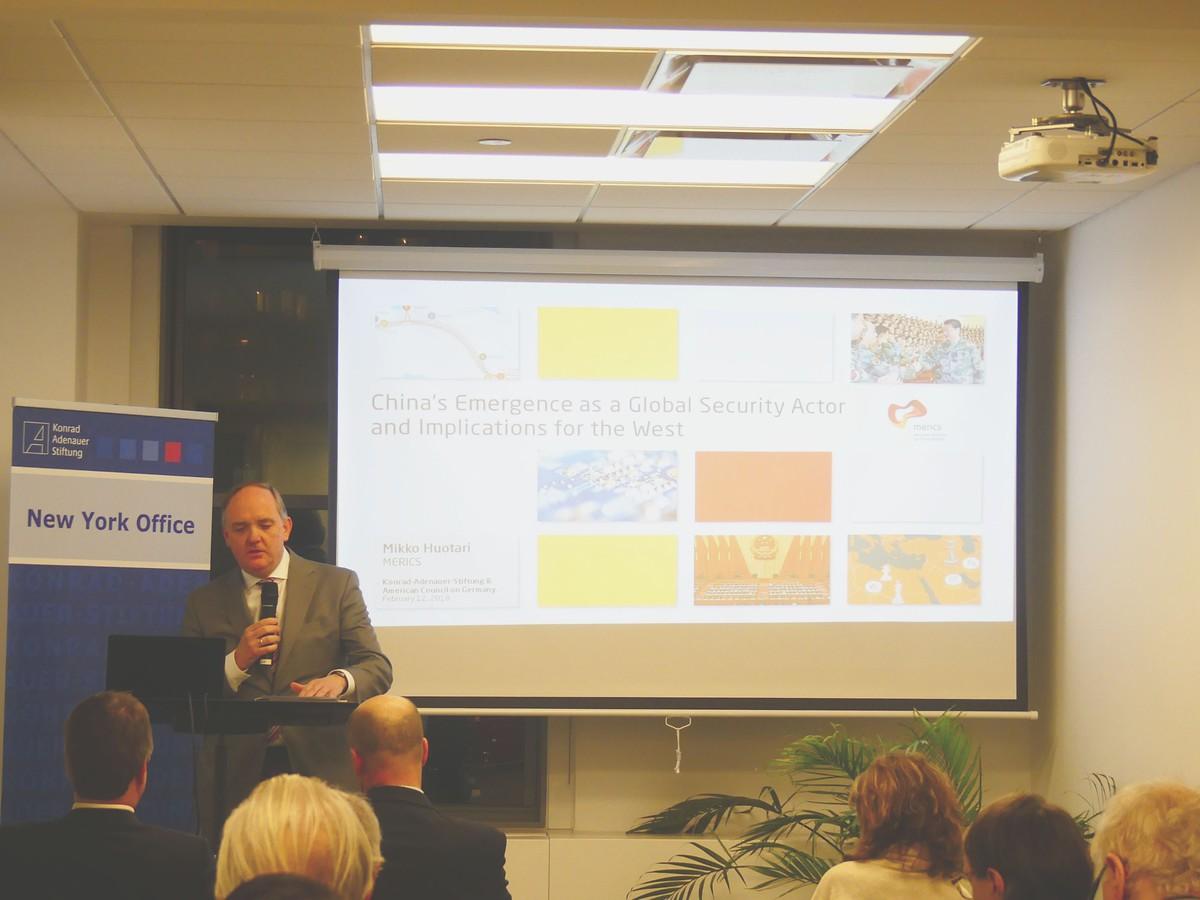 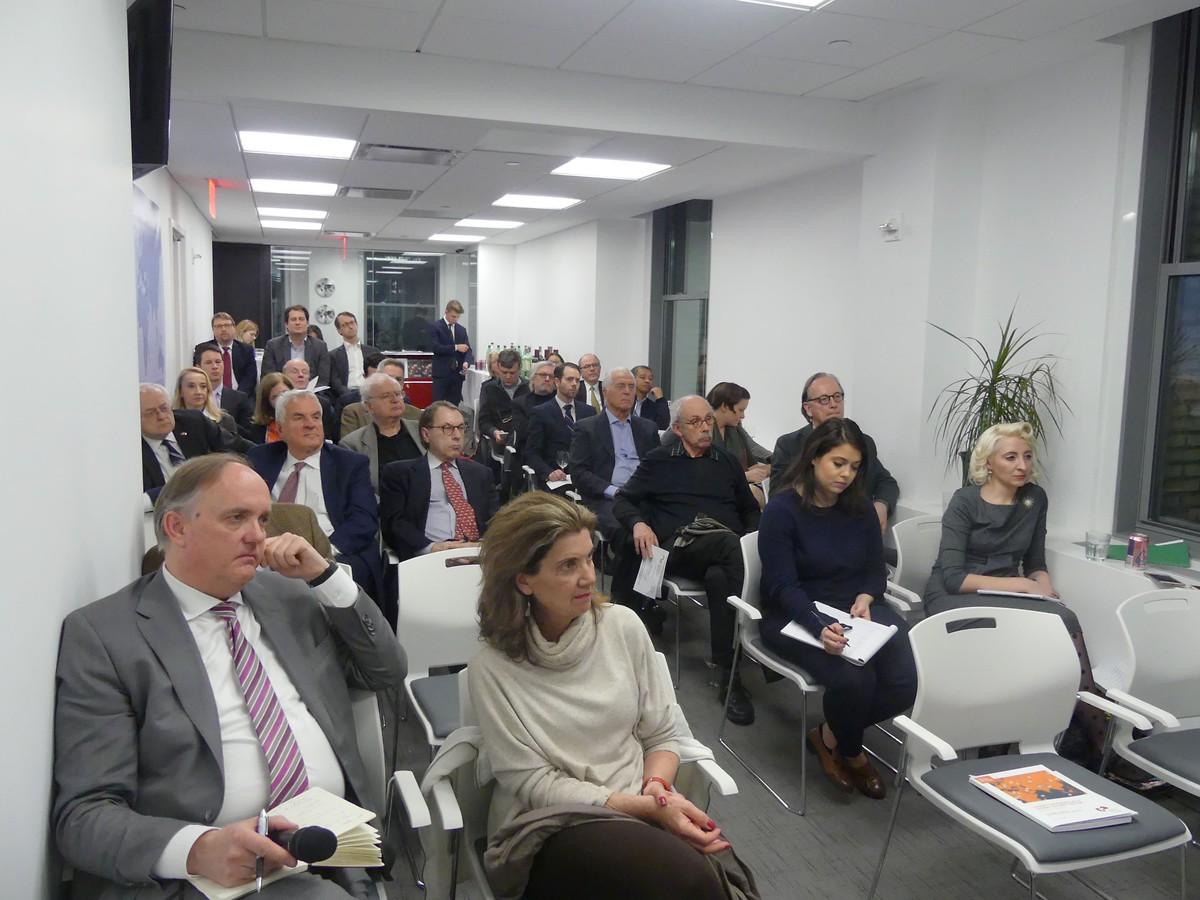 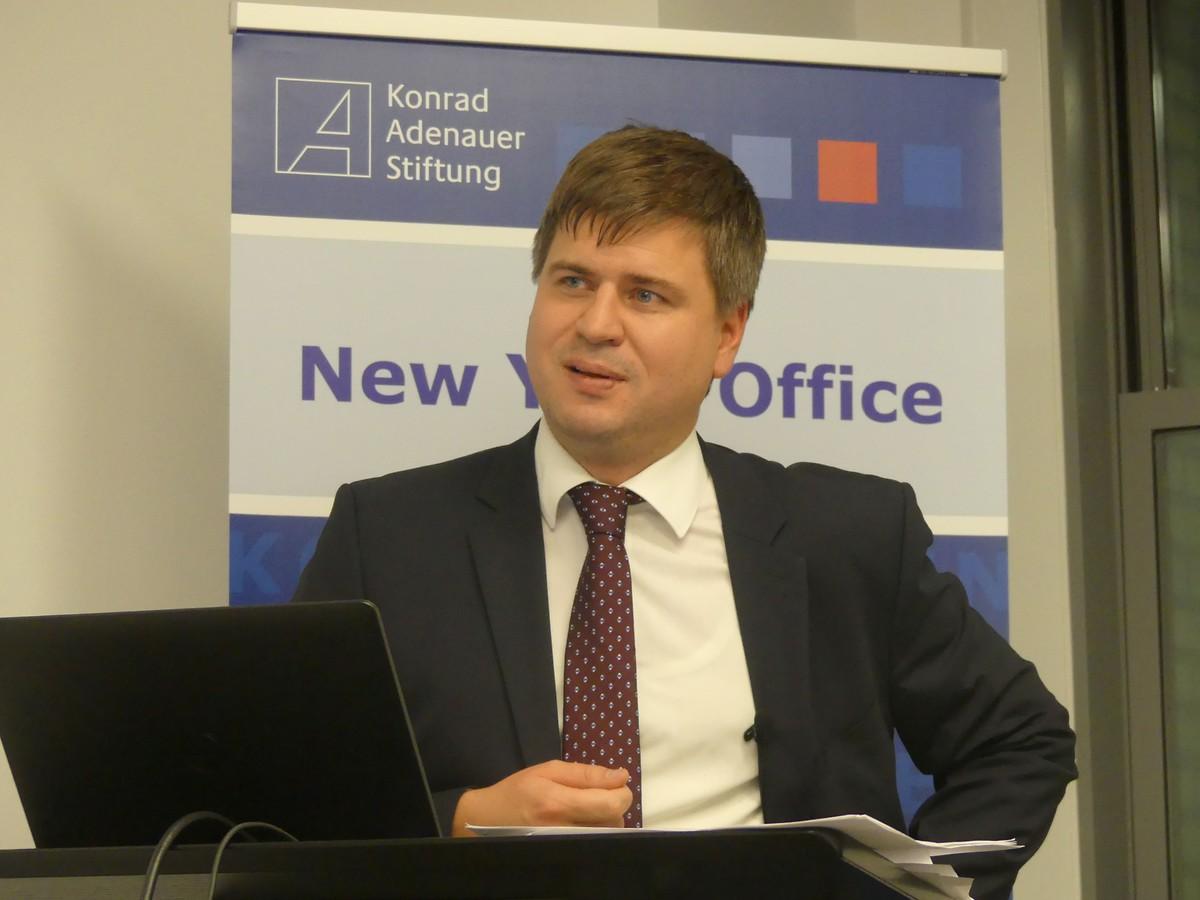 Huotari explained that China’s emergence towards becoming a global security actor is rapid. The country has acquired a new strategic importance and developed into a “sharp power”. The Chinese leadership has adopted a foreign policy of restraint on the premise of “noninterference” for decades. Today Beijing claims in a self-confident manner to significantly shape the global security order of the 21st century.

But while Washington now defines China as a strategic competitor in the “Great Power Conflict” and room for rapprochement is thus limited, the assessment in Europe looks very different. The EU, Huotari explains, is simply unprepared for Beijing’s new role as a global security actor. The paradigm shift in Beijing also has consequences for Europe. Chinese activities are increasingly affecting European interests – in Europe as well as in its immediate proximity, in Central Asia and Africa. In this regard China acts partly as a partner of Europe, but partly also as a competitor and opponent.

China expert Huotari substantiates this statement by outlining China’s rapid rise in the global economy, Beijing’s global diplomatic activities and the reorientation of security and foreign policy in recent years. He emphasizes that China is consistently expanding its presence in the world. This includes military activities which go beyond the Asia-Pacific region. China handles global armament industries, wants to shape the agenda in international organizations and forms its own security partnerships. These developments show, in contrast to the past, China is interested in finding international partners. With this goal in mind the country is engaged in various capacities worldwide:

1)“China as a diplomat”: This includes, among other things, China’s activities as a “soft security power” in Asia and other countries. Beijing is not only striving to build an increasingly China-oriented, multi-layered Asian security architecture but also aiming to intensify military and diplomatic connections with a large number of countries in order to lay the foundation for closer security cooperation worldwide. Chinese mediation efforts in crisis as well as cooperation offers in “soft” sections of security policy (for example law enforcement) are becoming the central agenda item in China’s bilateral relations.

2)“China as shaper”: Through its increased commitment to the normative bases of international security policy (including the United Nations) China increasingly wants to shape the global peace and security policy.

3)“China as a soldier”: Also in the context of common military exercises by units of the People’s Liberations Army (PLA) with other nations, China is trying to establish itself more globally. China is increasing its involvement in so called “Military Operations Other Than War” (MOOTW) such as Blue Helmet or evacuation missions. The PLA trains for counter-terrorism interventions abroad and is rapidly expanding its capabilities and logistic capacities for out-of-area operations in space and cyberspace.

4)“China as a trader”: China established itself as increasingly offensive on the economic lever, enforcing its own security interests. Arms exports often contribute to strengthening bilateral political and security relations. In the face of Western countries China has intensified its efforts to acquire critical and “dual-use” technologies.

Mikko Huotari underlined that from a European perspective, the geopolitical security circumstances in Asia will not be the dominant reference point in security relations with Beijing in the long-term. In this regard, the internal coordination between European countries as well as between Europe and the USA are still insufficient. European actors should also proactively identify cooperative elements of security collaboration with China and shape them according to their own terms.

During the subsequent discussion which was moderated by ACG president Steven E. Sokol, it was critically noted that China questions transatlantic and European framework conditions. Moreover it was noted that Beijing often has fundamentally different views, e.g. in terms of the definition of terrorism or cybersecurity. In light of future difficulties and challenges however, achievements such as the joint fight against terrorism should not be forgotten. In this regard it is vital to note, that there are also certain issues in which China, Europe and the United States are in agreement, for example with regard to peacekeeping, security, sustainable development and individual responsibility and ownership of African states.