Strengthening the voice of Europe at the United Nations

On Wednesday, February 12, 2020 the Konrad-Adenauer-Stiftung’s New York office dedicated its annual New Year Reception to the topic “Strengthening the voice of Europe at the UN”. Scholarship holders, alumni and friends of KAS were invited to exchange with the recently appointed Head of Delegation of the EU to the United Nations, Ambassador Olof Skoog.

Ambassador Olof Skoog gave a speech introducing the main focus areas of the EU’s upcoming work which was followed by a Q and A session under Chatham House rules. Afterwards, a reception provided the opportunity to have a lively exchange on the multitude of topics discussed.

What has become clear throughout this rather informal evening, is that there are two main topics on peoples’ minds: a crisis of Multilateralism and the desire for better coordination between the EU and the UN. 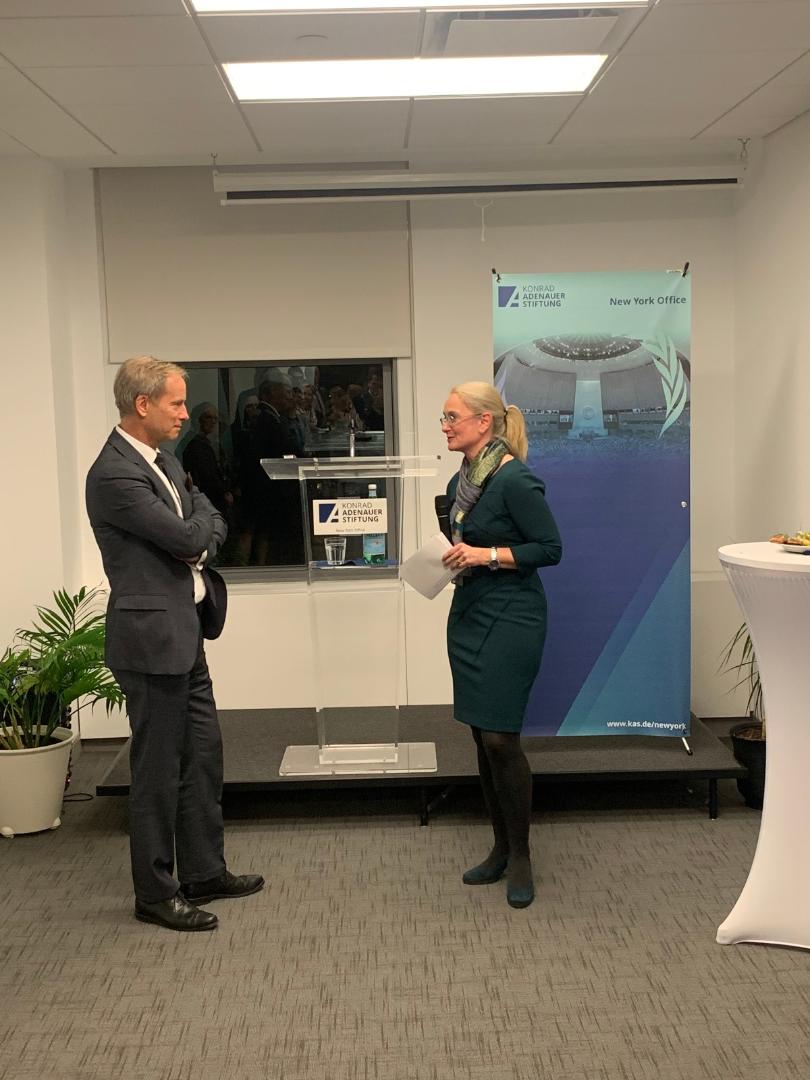 A downturn in Multilateralism is not only highlighted by Brexit, even though it certainly is one of its more prominent symptoms, it also affects work and climate inside the UN. Norms and practices which go hand in hand with a multilateral system are challenged, for instance by attempting to monopolize key positions within the UN system.

With the EU and the UN being both institutions with complex structures, it has been pointed out that coordination – even though much wanted and appreciated – can at times be difficult. This is often due to the different internal structures of the organizations as well as their size. More efforts should be applied by both sides to ensure that counterparts are in contact.

The event aimed to bring KAS scholars and alumni together and to strengthen their ties to KAS New York. During the evening the idea was born to establish a KAS-Stammtisch, an idea KAS New York is happy to follow-up when conditions allow.