The Future of Europe and Transatlantic Relations in a New Global Order: A View from the European Parliament - Foundation Office New York

The Future of Europe and Transatlantic Relations in a New Global Order: A View from the European Parliament

Mr. Klaus Welle, Secretary-General of the European Parliament, outlined his vision of the European Union as a geopolitical “pole” in a speech and a discussion at the KAS New York Office. He emphasized the importance of solidarity between EU member states and the importance of the transatlantic partnership. The event was cohosted by the American Council on Germany (ACG).
August 28, 2018 Ordering Information 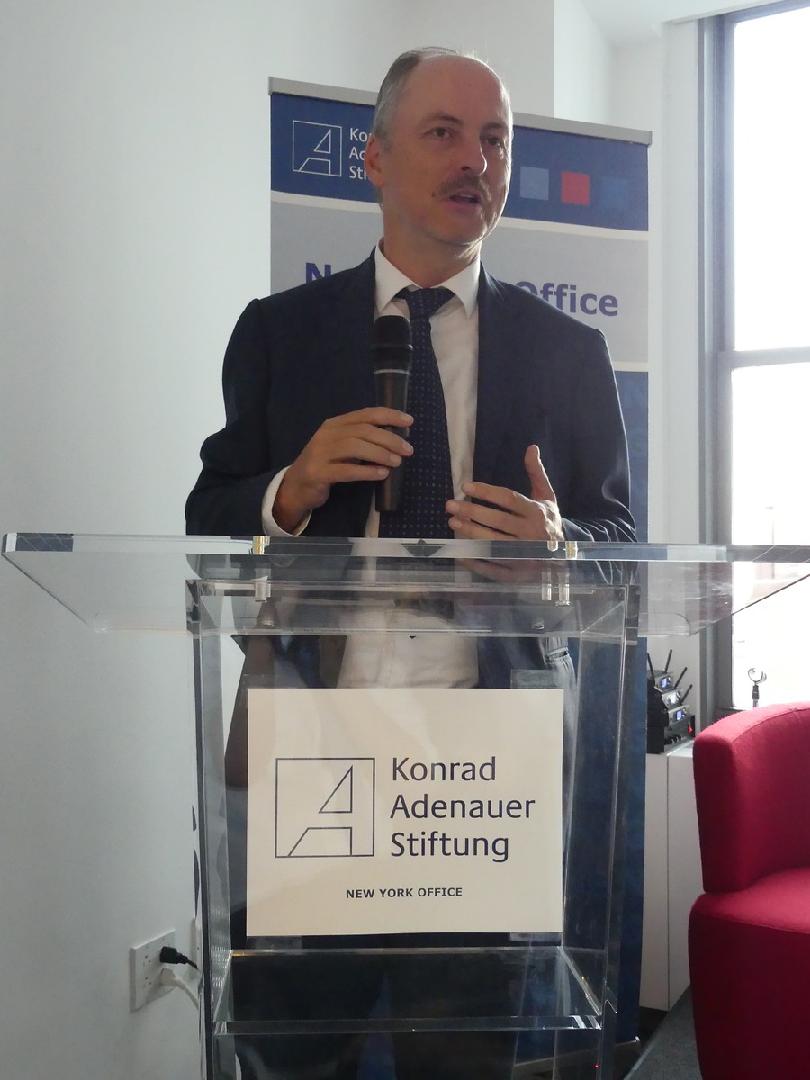 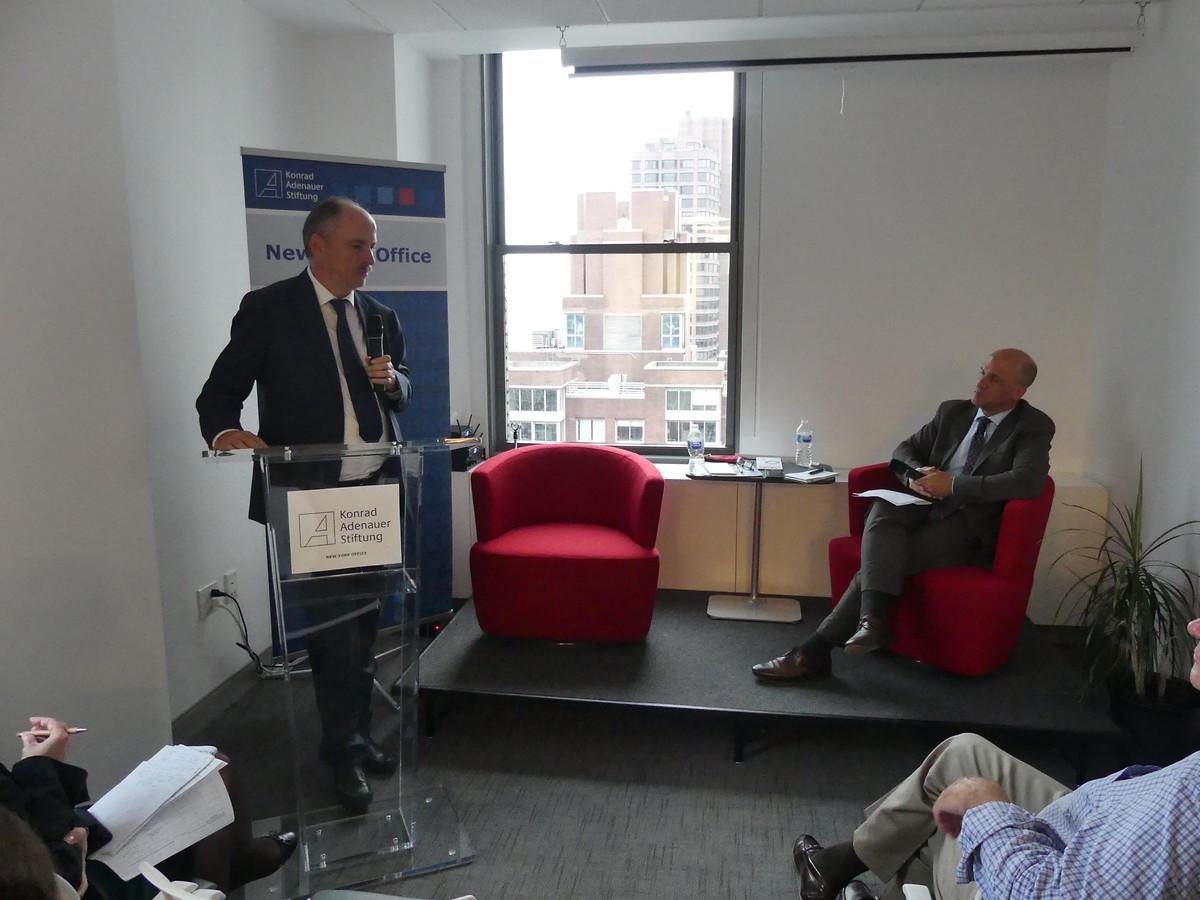 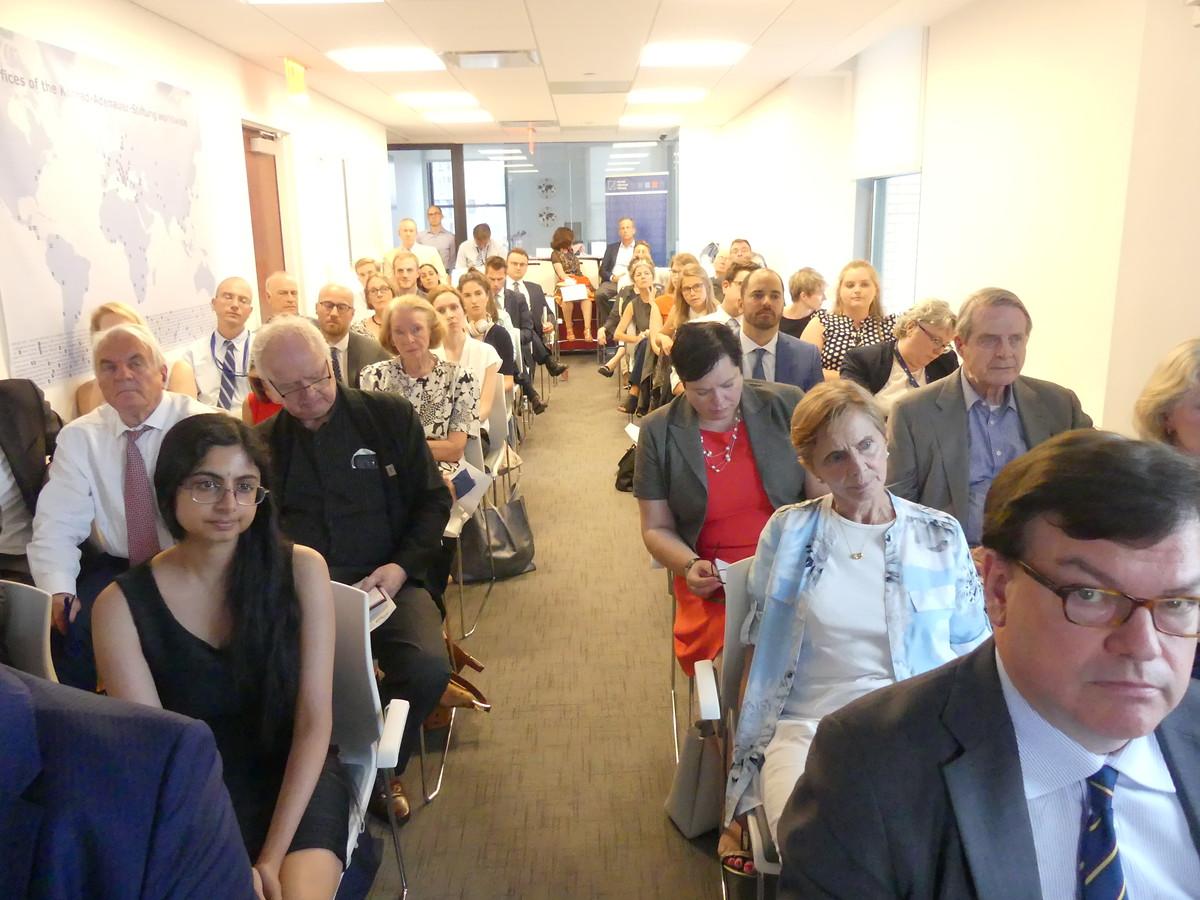 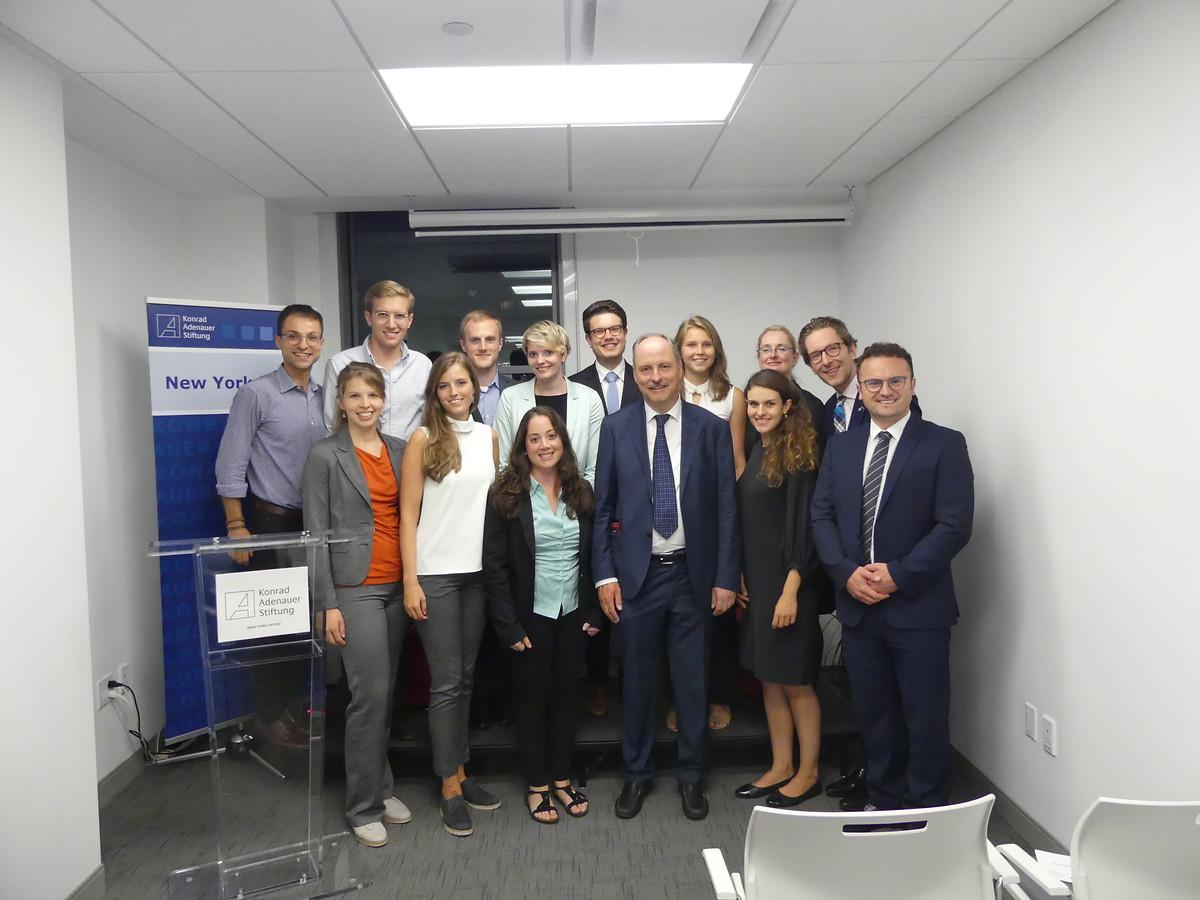 “Institutions need to provide benefits to survive” reminded Mr. Welle, who has been leading the administrative body of the European Parliament since 2009. In his view, the critical contribution to peace and stability in Europe has been the environment of strategic interdependence that the European Union (EU) creates. Issues like the protection of the EU’s external borders have become a common responsibility among all member states. He said that one could make the assertion today that the Dutch border is no longer between the Netherlands and Germany but de facto between Greece and Turkey.

Mr. Welle explained that the world is shifting from a unipolar to a multipolar and multilateral world with several powers vying for dominance. For European countries to retain their influence on the global stage, it is important to act unitedly, since none of the individual member states has the ability to act as a global player in the way the United States, China, and India can do.

Mr. Welle introduced certain requirements that he believes are necessary for the EU to become a geopolitical “pole”. For example, the EU would need to expand its role from being a “legislative machine” into developing executive capacities. Only if equipped with those, Brussels would be able to take over duties such as protecting the EU’s external borders. It would also be important that people understand that the EU has to move towards a federal union in order to become a player on the global stage. The European Union would never become a centralized administration; instead it would always consist of different levels of government from the community level up to the district, national and finally the federal level. Mr. Welle also highlighted the importance of economic progress in Europe as economic strength eventually translates into political and military power. Finally, he emphasized how important solidarity between EU member states is and that European citizens would need to further develop a European identity in addition to their national identities.

Mr. Welle explained that there are certain limits of integration that would need to be taken into account. To protect minorities, the EU would need to be based on the concept of pluralism and not on demos. Furthermore, we would have to live with the fact that the treaties as they exist now would not change in the foreseeable future and that progress would need to be made within the existing framework.

Mr. Welle also stressed the importance of a strong transatlantic partnership driven by mutual values. In his view, the security architecture of the European Union is strongly interlinked with the United States. Without NATO, Europe would not be in the position to sufficiently protect itself from military interventions similar to the one in Crimea. But in a world where nothing can be taken for granted anymore, Europe needs to develop its own capacities if it wants to avoid becoming the object of decision by others.