Thirteen people were killed by an Islamist assassin on December 19, 2016. He drove a truck into a Berlin Christmas market. This was the sad climax of a development that has been emerging since 2013. In our study, we analyze the current risk situation, the corresponding counter-strategies and the political debate.
December 18, 2021 Ordering Information

In this study, the Islamic scholar Dr Guido Steinberg describes the development of the jihadist scene in Germany over the past two decades. He names pioneers and trailblazers of German jihadism and discusses the causes and effects of the exodus of many of its followers to Syria.

Steinberg traces the role German fighters and women played in the Islamic State and the extent to which IS's attack plans affected the security situation in Germany.

Last but not least, Steinberg discusses the weaknesses of the German security architecture and the question of what challenges the security authorities face as a result of recent developments since the defeat of the Islamic State.

This publication is part of the study series "Islamist Terrorism in Europe":

In the third part, Dr Guido Steinberg analyses the situation in Germany.

In the first part he already analyzed the jihadist threat situation in Austria.

In the second part of our series we looked to Belgium. Guy Van Vlierden and Pieter Van Ostaeyen reported on the dangers there.

In a fourth part, Cynthia Salloum looked to France: she provided a clear threat analysis and gave an overview of the French reaction to jihadist terrorist attacks.

In a fifth, concluding part of the series, we deal with the changed terrorist threat situation in Great Britain. Raffaello Pantucci showed how the current threat in the UK is linked to the past.

We caught up with Dr Guido Steinberg for an interview to talk about the jihadist threat situation in Germany.
You can read the entire study “Jihadism in Germany” as a PDF here. 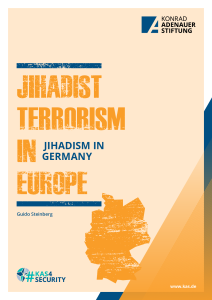 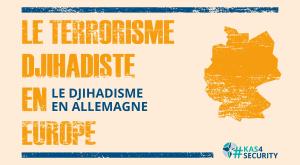