On 09-10 July, KAS Philippines, together with its partner, the Institute for Autonomy and Governance, will hold a workshop on "Comparative Parliamentary System: Processes, Organization, and Bureaucracy" in Davao City.
July 09 - 10, 2019

The Bangsamoro Organic Law (BOL) mandates a regional parliamentary system for the Bangsamoro Autonomous Region in Muslim Mindanao (BARMM). The Philippines has limited experience of the parliamentary system by way of a modified presidential-parliamentary form of government in 1981 until 1986 when it was abolished after the EDSA revolution. The Regional Autonomous Government for the Bangsamoro established in 1989 mirrored the national presidential system of government with the Regional Governor exercising executive powers and a Regional Legislative Assembly holding legislative powers.

The current Organic Law of the BARMM, R.A. 11054 or the Organic Law for the Bangsamoro Autonomous Region, has mandated a regional parliamentary system and vested the powers of government in the Parliament which shall exercise the powers of government and elect a Chief Minister who shall exercise authority on its behalf (Art. VII, Sec. 2). The Parliament shall be composed of 80 members, 50% are representatives of political parties elected through a system of proportional representation based on the Bangsamoro territorial jurisdiction; 40% of the members from single member parliamentary districts, and reserved seats and sectoral representatives shall constitute at least 10% of the members of the Parliament.

The Bangsamoro Administrative Code is a critical piece of legislation that will establish the rules and structure of governance in the BARMM as a regional parliamentary form of government. Considering the parliamentary system as “novel” in national and regional governance, members of the BTA particularly those belonging to the committee that will draft the Administrative Code need to broaden and sharpen their understanding of how best to organize and structure the parliamentary system in the BARMM cognizant of international and national experiences, the Philippine constitution, national laws, and the BOL.

The objectives of the workshop are: 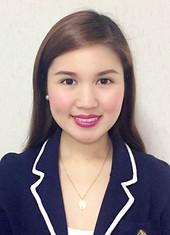