Economic Realities in a Divided Libya

Despite limited improvements, the Libyan economy still lingers well below its potential, obstructed by continuing violent conflict and political uncertainty. Inflation accelerated, the black market is thriving, and the future challenges for the Libyan economy range from the reconstruction of the country's infrastructure and a diversification of the sources of revenue to nurturing the private sector.
March 14, 2018 Ordering Information 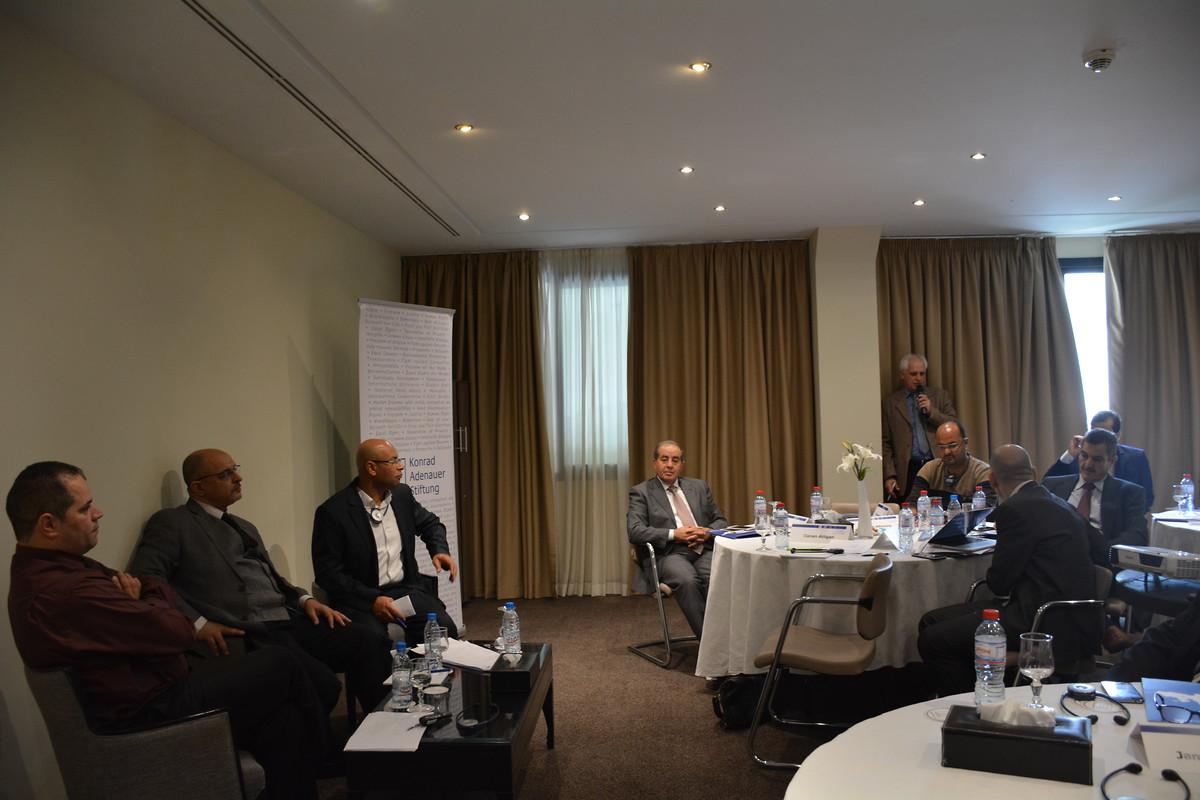 Participants discussing the way forward beyond Libya's divided economy and the sustained cash crisis which has affected all parts of the population and further incapacitated the state in its ability to provide basic services and rebuild its structures. 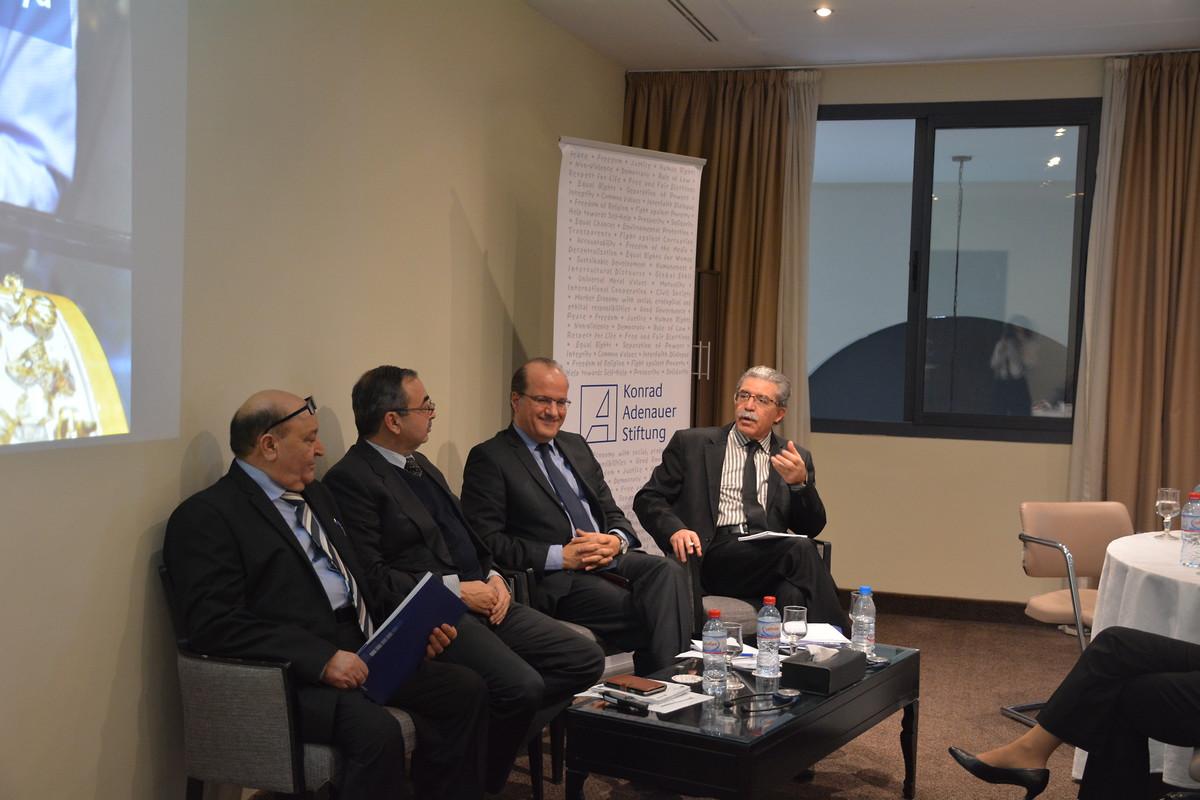 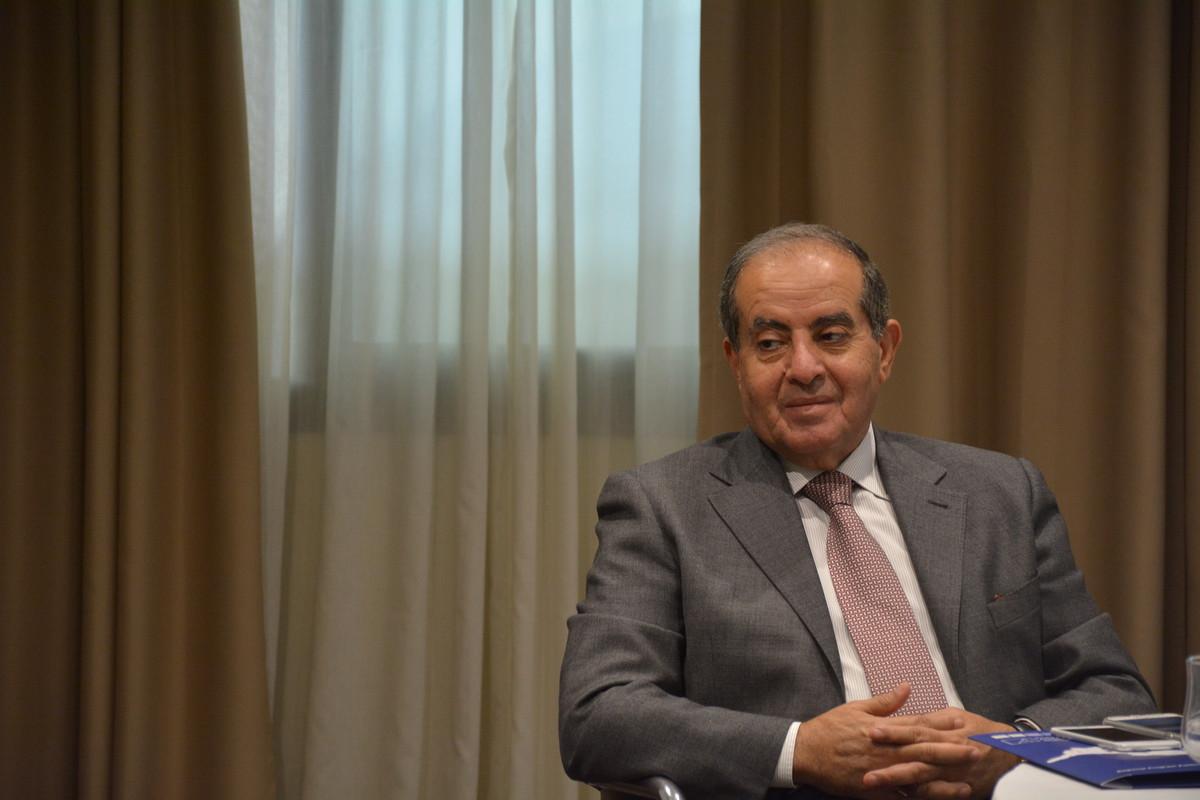 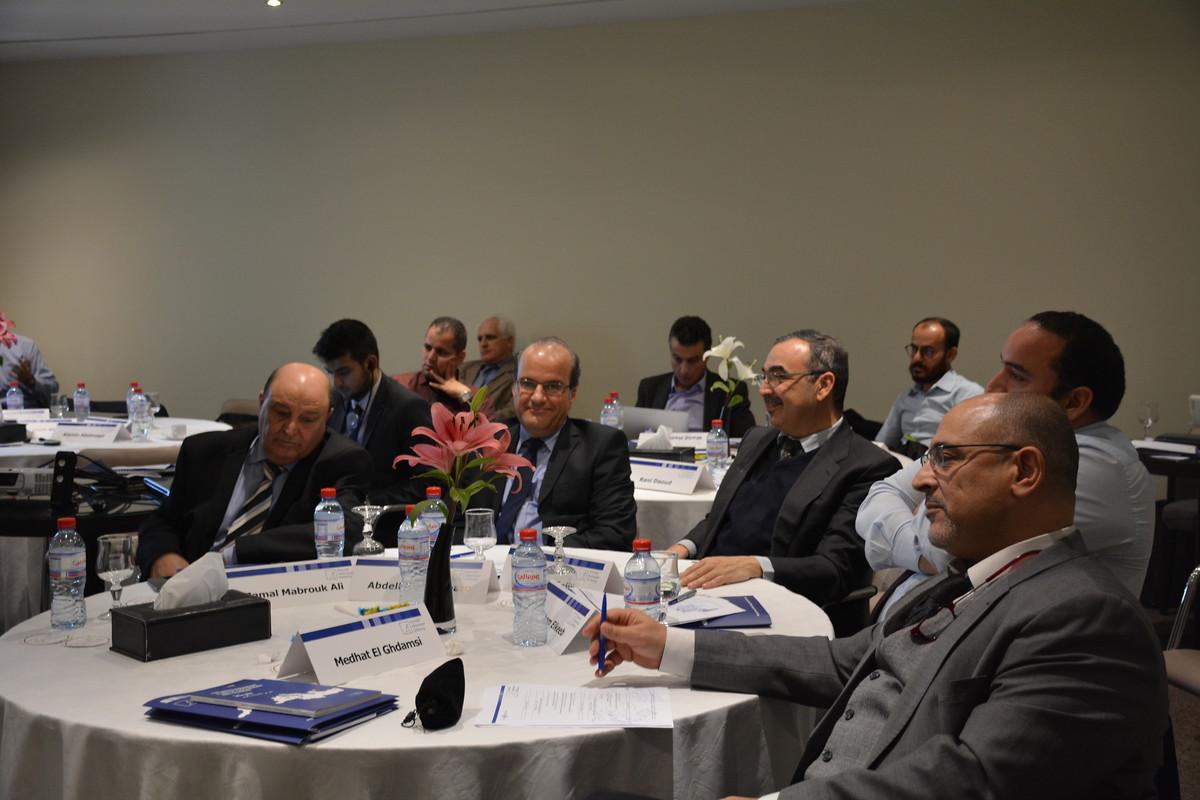 The various participants were attentive to our panelists' presentations. All presentations were followed by dynamic rounds of remarks and Q&As, which greatly enriched the content of each panel. 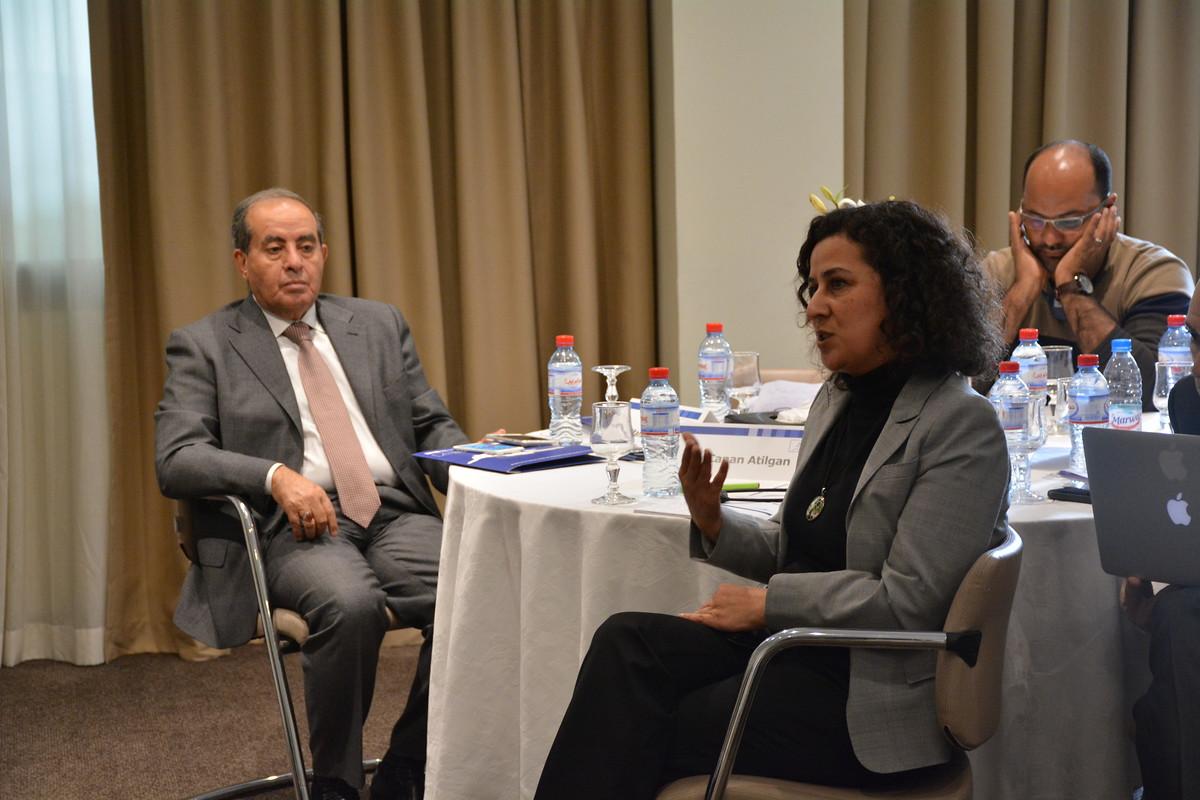 Dr Canan Altigan's acute intervention during the discussion regarding the banking sector and the Libyan cash crisis; How to translate these alarming numbers into real policy initiatives and recommendations? 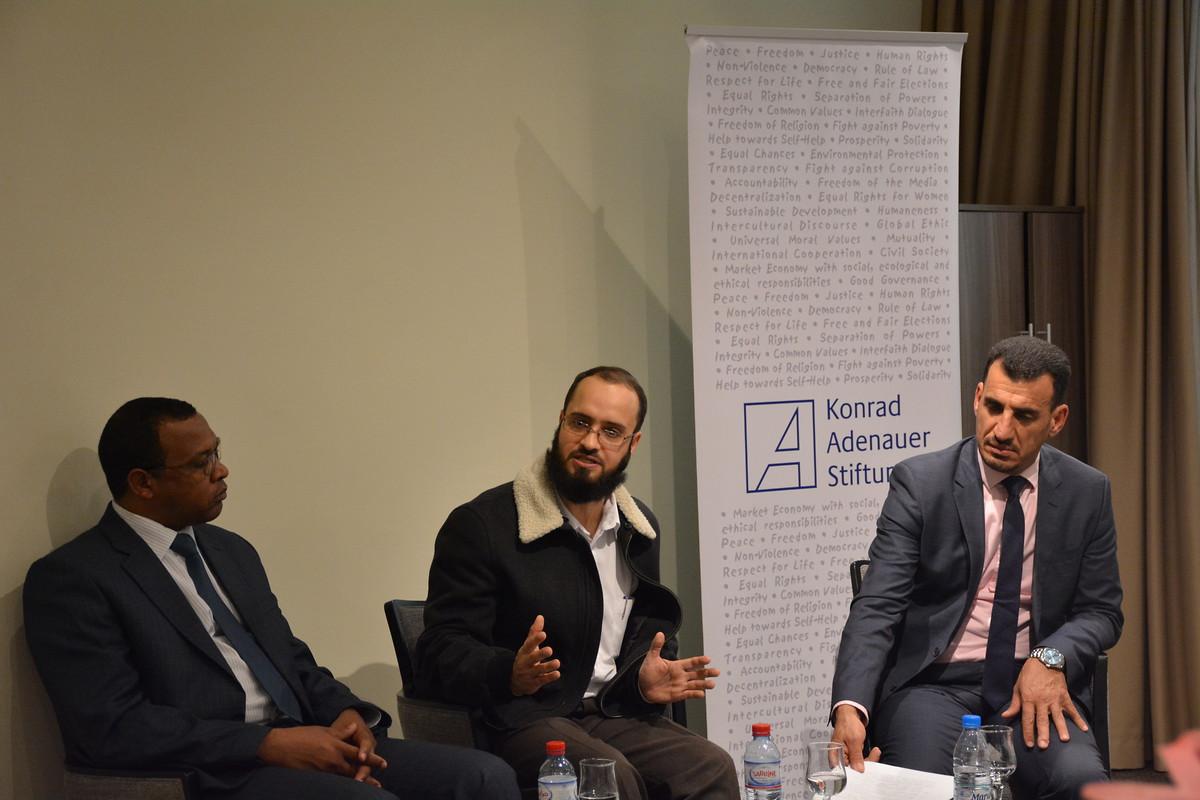 Specialists in their fields discussed the functioning of the economy in a country where state institutional structures are lacking, if not absent. 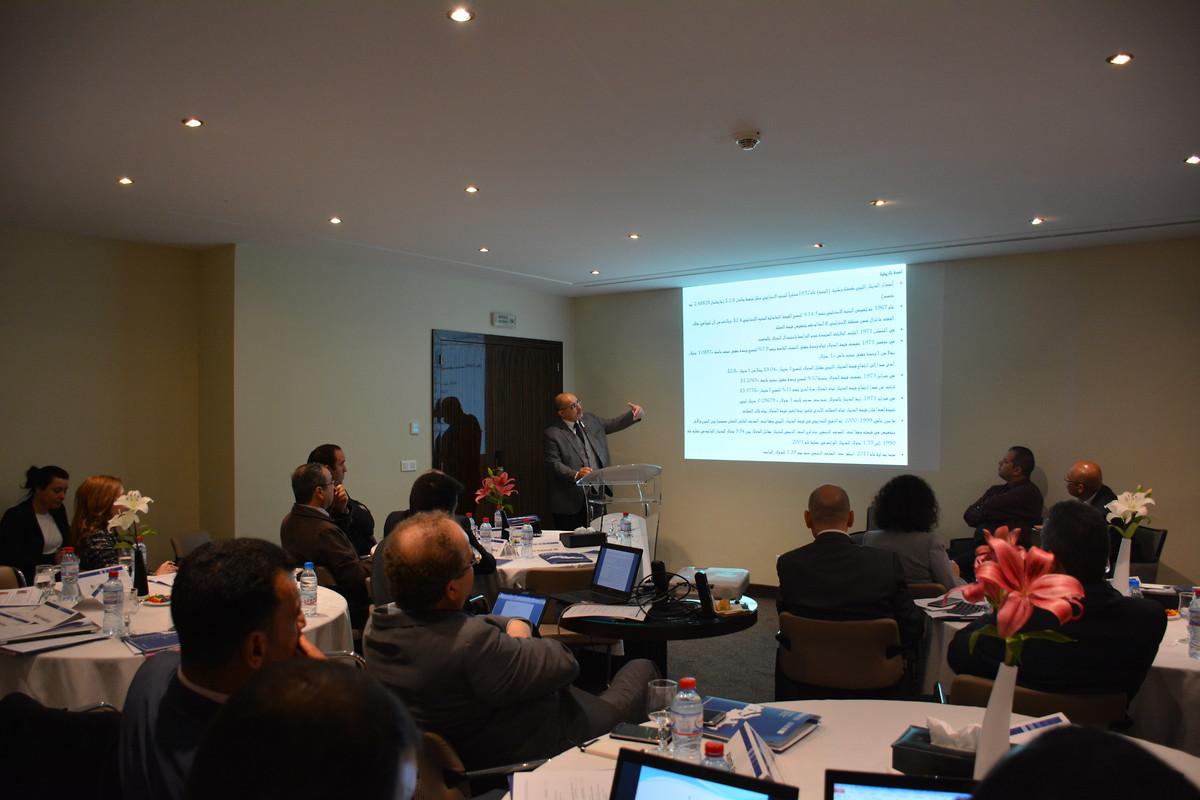 Dr Medhat El Ghdamsi, former member of the National Economic Development Board, made some critical points regarding the ways to manage the national shortage of cash. 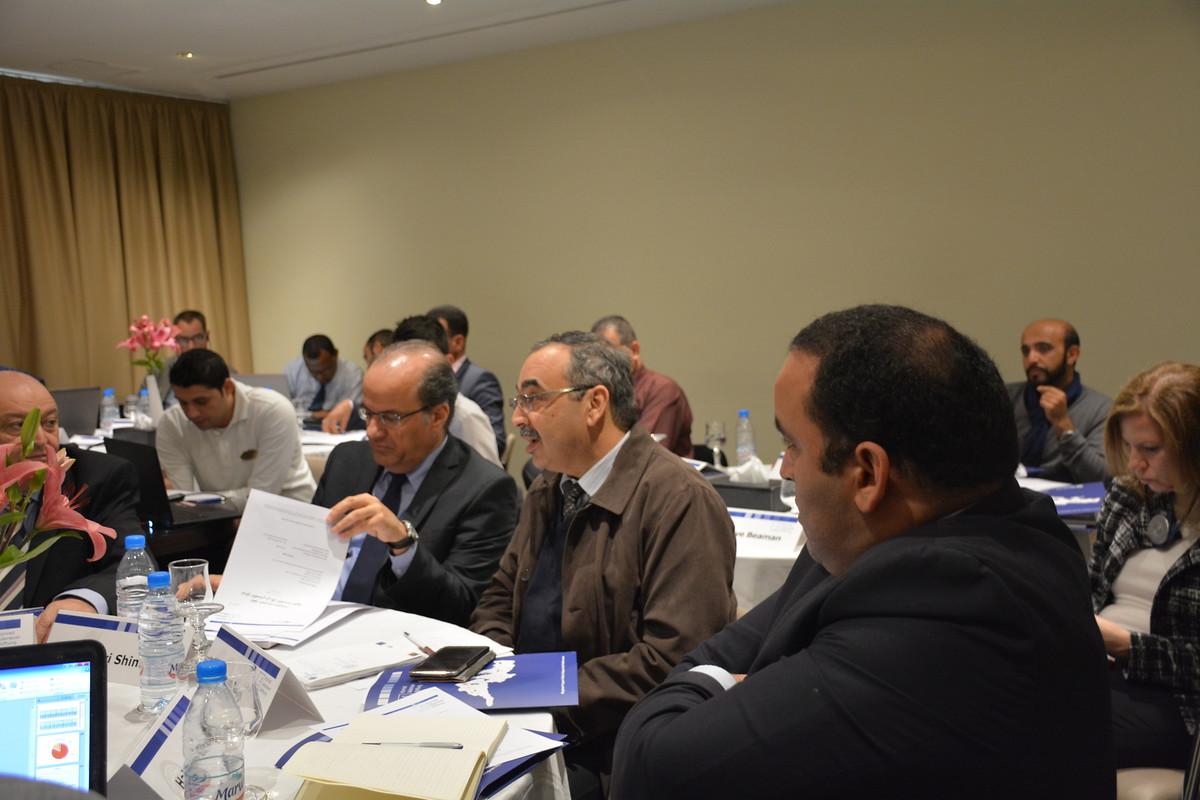 The roundtable included some of Libya's most distinguished experts and officials. 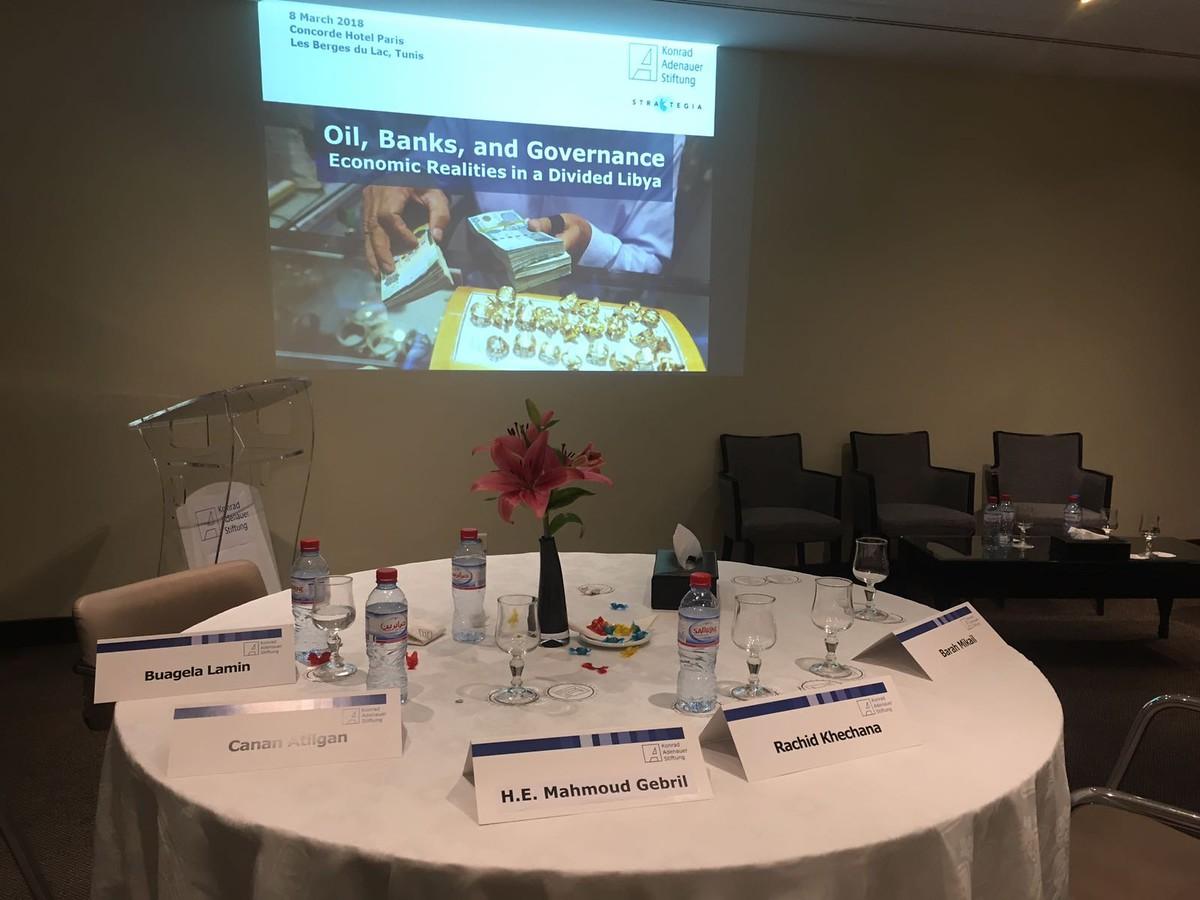 After a long day imbued with sharp exchanges and detailed accounts of the various dimensions of the Libyan economy, only the shadows of our participants remain.

To contribute to a deepened understanding of the Libyan economy in the current situation, the KAS Regional Program South Mediterranean in cooperation with the Madrid-based think tank Stractegia organized a roundtable within the framework of a two-year series of dialogue rounds entitled "Oil, Banks, and Governance: Economic Realities in a Divided Libya" dedicated to assess the state of play and identify a possible way forward in order to overcome Libya’s key socioeconomic dilemmas and difficulties. The roundtable on 8 March 2018 provided a platform for Libyan-Libyan dialogue by bringing together a variety of experts and stakeholders from within the Libyan economy, including Former Prime Minister and President of the National Forces Alliance H.E. Dr. Mahmoud Gebril, who exchanged their analyses and testimonials during panels on the country's oil and banking sectors, the role of the private and shadow economies in absence of effective state governance and the function of municipalities in filling the gap of public service provision.

Some of the main questions addressed during the roundtable were: How does the Libyan economy function in the absence of effective state structures? Is there a profound analysis of the current situation, in which the access to basic public services is limited and smuggling has turned into a lucrative business model? Which authorities take decisions and which measurements are feasible? Are there any priorities set by the local and state institutions active in shaping the Libyan economy?

Libya, the country with the largest oil reserves on the African continent, stopped being a stable supplier to the regional economy. Oil revenues have decreased by a quarter and despite reports of increasing production, the country lags far behind its potentials. The economic crises – seen by some of the experts present as the main motivation behind many faces of the conflict – undermines both social peace and public confidence in the state while it requires the country to stay on the drip of foreign humanitarian and development aid. Thus, finding sustainable solutions for the key economic challenges in Libya can be the start for a resolution of the crisis and an emphasis on a united political economy and 'good governance' could be a catalyst for Libyan development. The expert roundtable concluded with five main recommendations:

Include local governance structures in economic negotiation and implementation processes

Stabilize the banking sector and rebuild trust in institutions

Diversify the economic activities and sources of revenue

Rebuild the oil and gas infrastructure