With the global economy and trade system undergoing massive shifts,the need for global economic and trade cooperation has never been greater. With Asia and Europe representing 55% of global trade, it has become imperative for both continents to strengthen their ties and uphold multilateralism and the rules-based free trade system.
August 14, 2019 Ordering Information

Presenting our latest issue of  Panorama,  where we focus on the economic and trade connectivity between Asia and Europe. Our authors not only look at the US-China trade war but also provide an overview of Asia-Europe relations in the age of rising uncertainty,including the development and implications of the Asia-Europe connectivity strategy and the Belt and Road Initiative. The impact of regional blocs on trade relations between Asia and Europe is also elucidated. Aside from the various multilateral and bilateral trade deals, the articles also look at other issues such as currency swap and bilateral agreements which help to forge a common bond between Asia and Europe.

RCEP Negotiations for the Reshaping of the  Liberal Economic Order

ASEAN and E-Commerce:Lessons from the Singapore Chairmanship

Trade and Economic Connectivity in an Age of Uncertainty: South Asia and Indo-Pacific

Currency Swap Arrangements and Its Role in Stabilising Financial Markets

Assesing the Benefits and Costs of Mega Infrastructure Initiatives in Asia 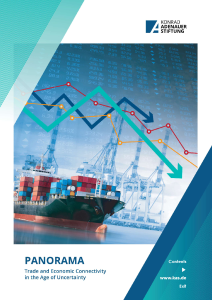 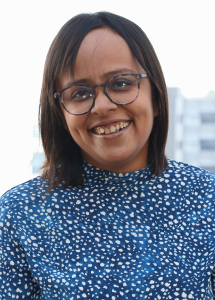