by Patrick Rüppel
A landmark conference took place on 4-5 September in Yangon, Myanmar to enhance discussions between European and Asian partners on “Climate Diplomacy and Urban Resilience”. The dialogue was organised by the Konrad Adenauer Stiftung’s Regional Programme Political Dialogue with Asia (KAS) in cooperation with UN-Habitat and was part of the EU-Asia Dialogue, which is funded by the European Union and Konrad-Adenauer-Stiftung. In total, 97 people from 20 countries attended the conference.
September 5, 2014 Ordering Information 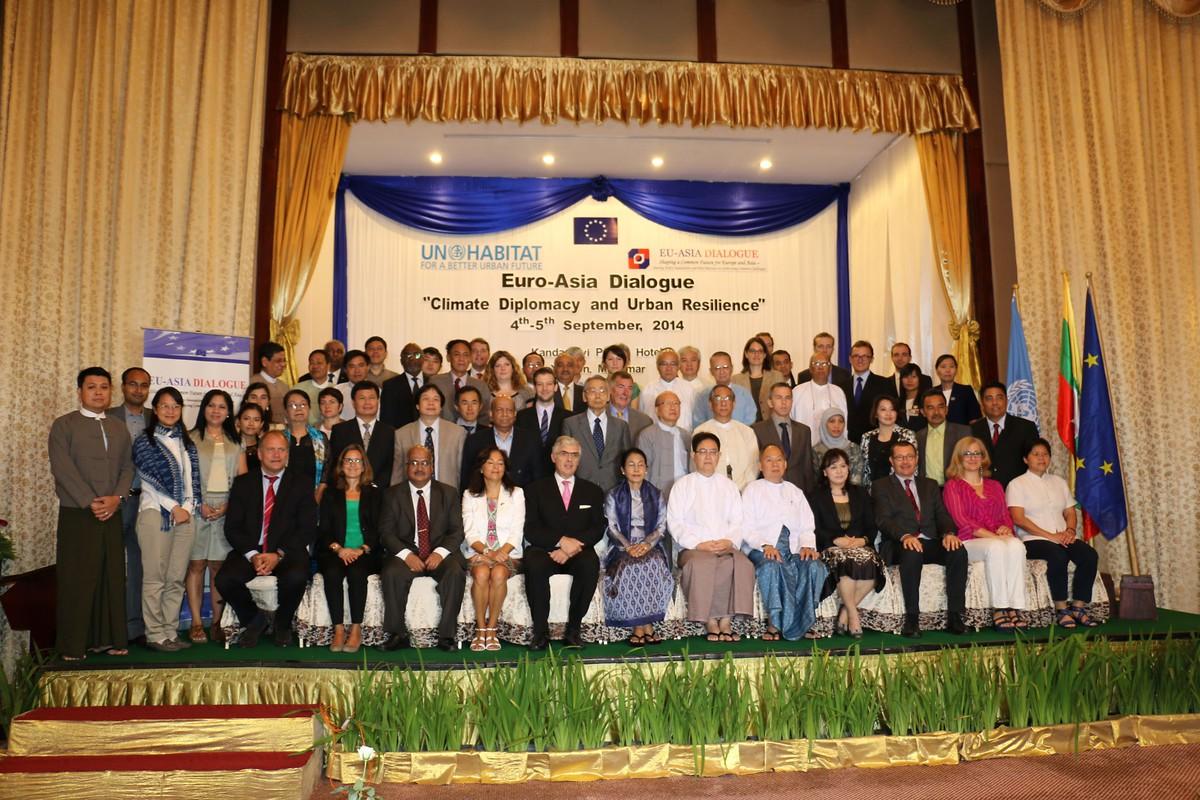 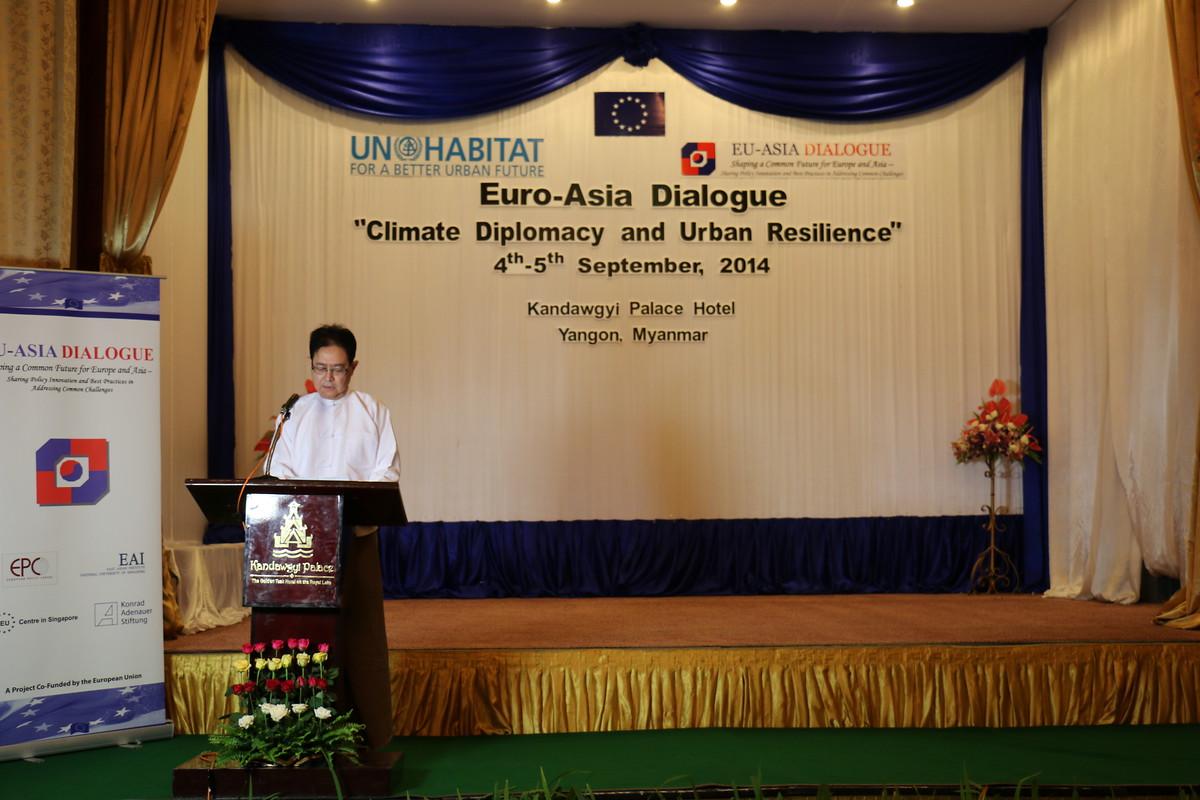 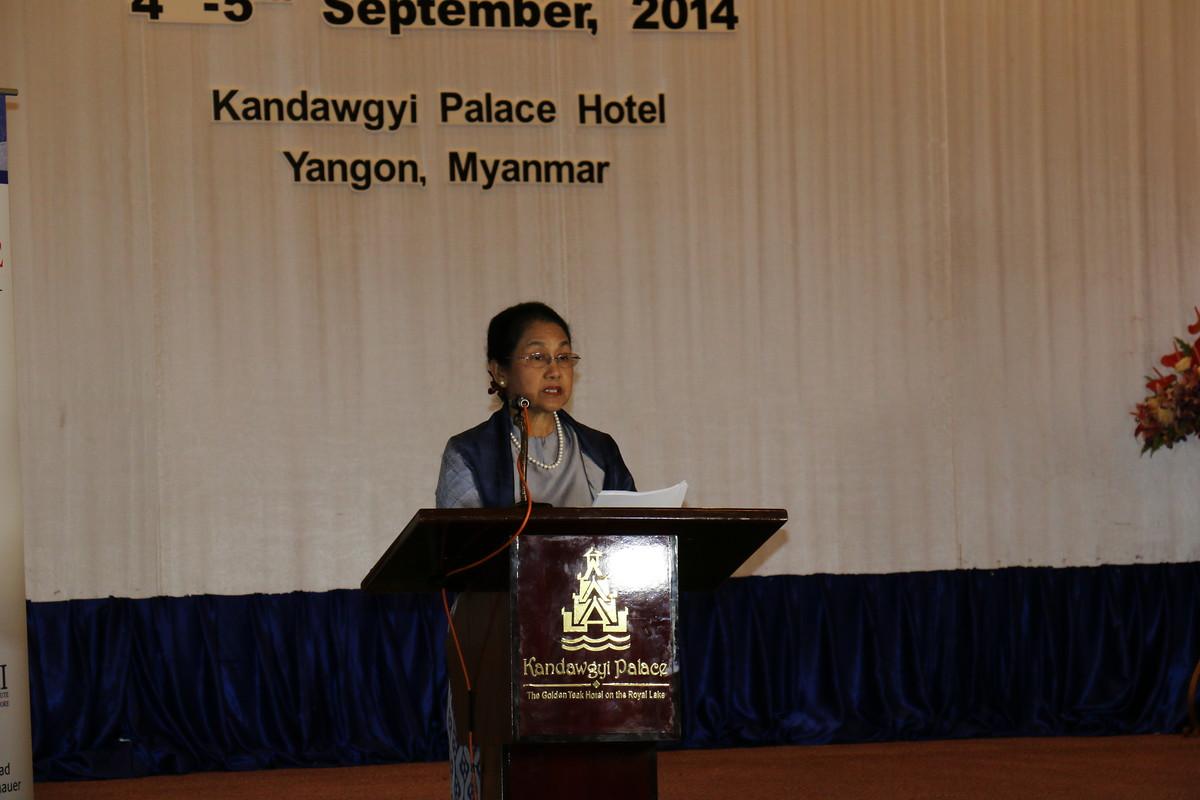 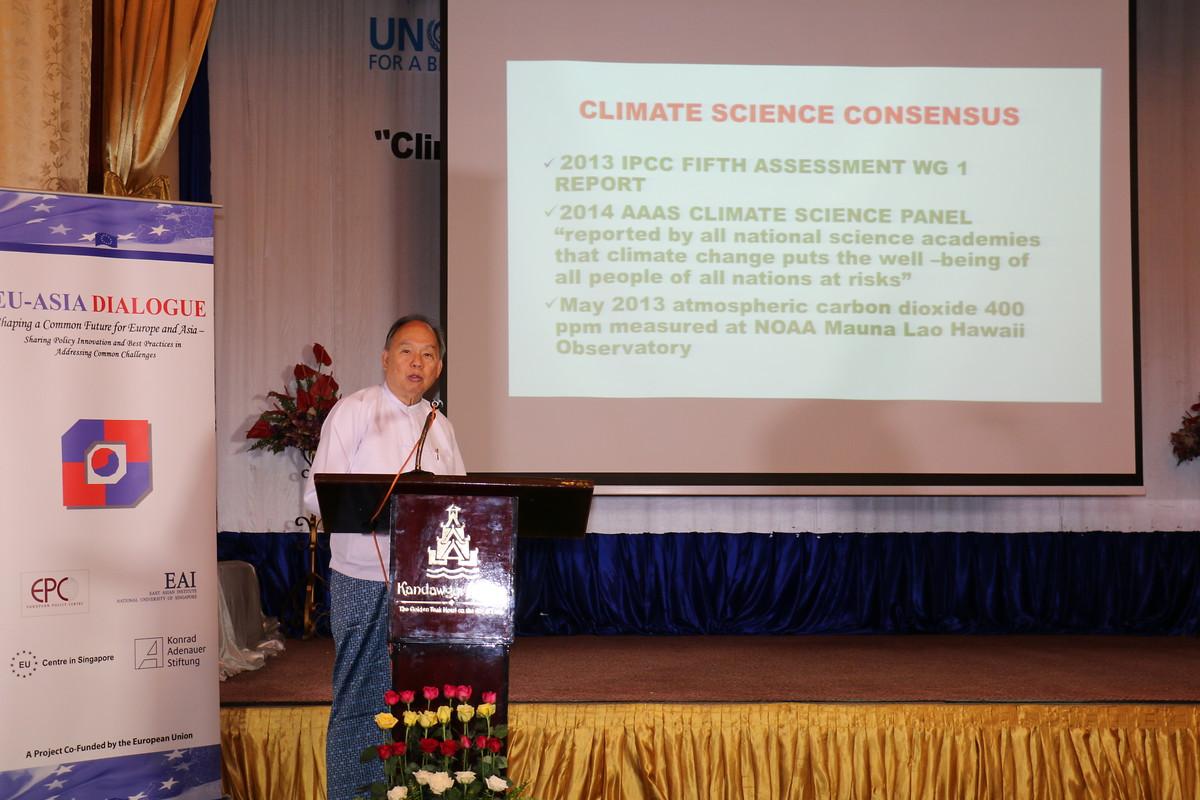 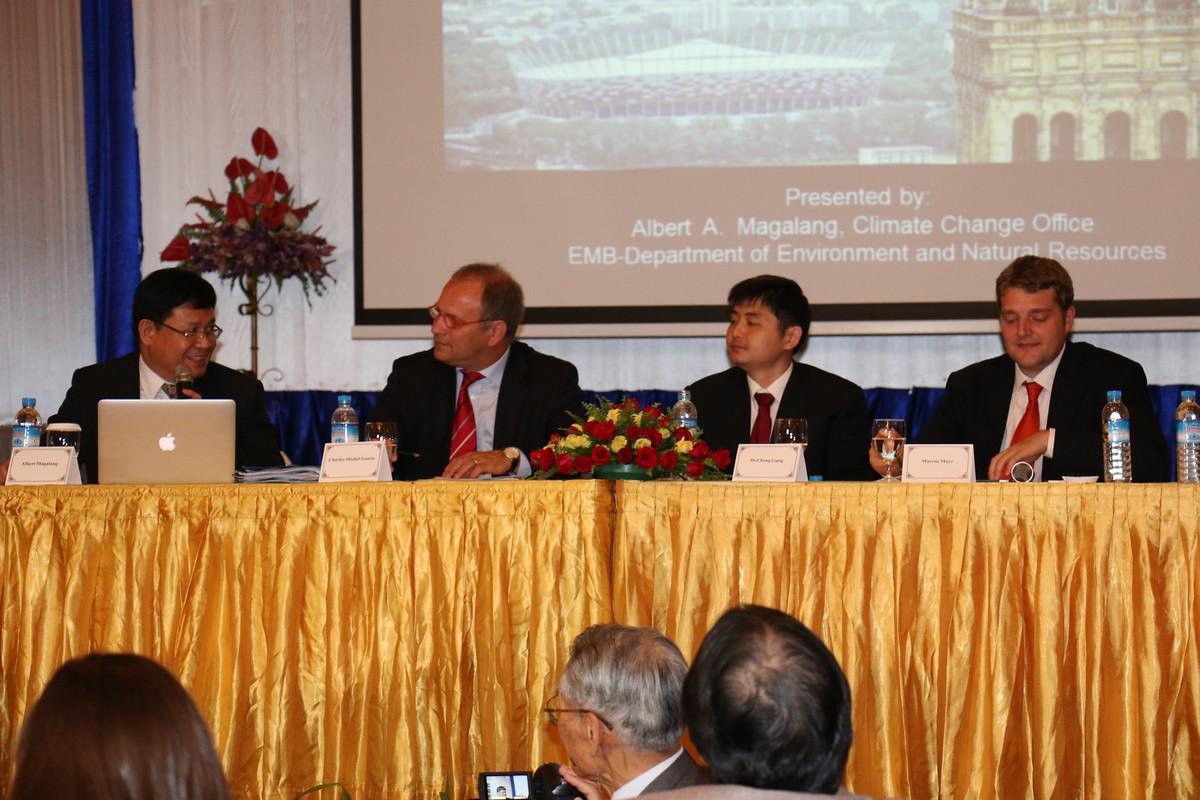 The jointly organised event aimed to lay the foundation for strengthening regional and local voices, enhancing cooperation and articulating priorities to shape the new climate agreement in Paris 2015 as well as the ‘new urban agenda’ and establish linkages between climate negotiators and local governance units.

The conference was inaugurated by dignitaries from the Myanmar Government. Deputy Minister of Foreign Affairs U Thant Kyaw, warmly welcomed international partners and participants and stated that “Myanmar is striving to meet reporting requirements to the UN Framework Convention on Climate Change”. The Deputy Minister continued by saying “experience from other countries indicates that there may be undesirable patterns of urban growth in the long run if there are weaknesses in decision-making by urban authorities during urbanization and urban development processes.”

In her inaugural address the Deputy Minister of Environmental Conservation and Forestry, Dr. Daw Thet Thet Zin, applauded the newly signed Memorandum of Understanding between United Nations Human Settlements Programme (UN-Habitat), the United Nations Environment Programme (UNEP) and the Ministry of Environmental Conservation and Forestry (MOECAF), marking the start of joint collaborations between these agencies in Myanmar and added that Myanmar is paying “great attention in addressing environmental problems including climate change adaptation and mitigation. Myanmar recognises the need to have harmony and balance between economic development and environmental sustainability”.

In his keynote remarks, Dr. Nay Htun, Research Professor at Stonybrook University and former Assistant Secretary General of the United Nations, highlighted the importance of climate diplomacy by saying “Innovative mechanisms and processes need to be mobilized to connect climate science; damage costs, societal benefits, in particular health and well being; and human security at national levels”.

Dr. Wilhelm Hofmeister, Konrad-Adenauer-Stiftung Singapore, underlined that “crucial achievements have been made in the field of climate diplomacy, but that several key challenges remain. For instance, financing and implementation are still to be agreed upon before drafting an agreement for Paris 2015. In this context, the incorporation of cities in the discussion needs to be improved”. Meanwhile, Ms. Mariko Sato, UN-Habitat’s Bangkok Office Chief said “it is no coincidence that climate change has become a leading international development issue precisely at the time the world has become predominantly urban. Achieving sustainable urbanization will be the key to adapt and mitigate climate changes and enhance urban resilience.

The key outcome of the conference is a call for greater co-operation. In support of this, Isabel Faria De Almeida, speaking on behalf of the European Union, said “Climate change has been an issue at the forefront of cooperation for many years and the EU has made an unconditional commitment to reduce greenhouse gas emissions by 20% by 2020”, while noting that “it is important to decentralize urbanization from mega cities and support smaller urban centres that have lower capacity in terms of human resources and finances” which is the focus of the EU-ASEAN new cooperation programme on environmentally sustainable cities.

Additional speakers represented the European External Action Service, Polish, Vietnamese and Italian Ministry of the Environment, the Climate Change Commission of the Philippines, National Development and Reform Commission China, OECD, Climate Change Council Nepal, City of London as well as Iloilo and the Association of the Indonesian Municipalities, among others.

The deliberations of the Euro-Asia Dialogue on Climate Diplomacy and Urban Resilience are also one of the preparatory inputs to Habitat III, which will take place in 2016, assisting in building confidence and optimism in the initial stages of constructing a new climate change agreement and the post 2015 sustainable development agenda.