On 19 September, 2013, the EU-Asia Dialogue and the International Institute forStrategic Studies (IISS) held a joint conference on “Maritime Security: Lessons Learnedfrom Europe and Asia” in London, United Kingdom. This event of the cluster MaritimePiracy and Security was attended by 31 participants.
September 19, 2013 Ordering Information

included law enforcement in the maritime domain, in particular the different roles of

navies and coast guards, transnational organised crime at sea and obstacles in Euro-

Asian collaboration. Following the conference in Seoul, one full panel was dedicated to

Singapore and South Korea can have in the Arctic Council. 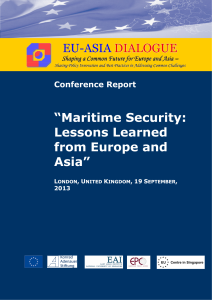 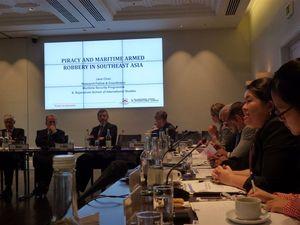