Short report on the developments regarding the Romanian National Integrity Agency, as off July 2nd, 2010.
July 2, 2010 Ordering Information 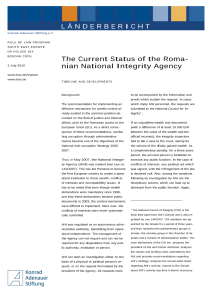