The Gulf States were opposed to international climate protection agreements for a long time. Their economic and political dependency on oil and gas was simply too great. In recent years, however, a paradigm shift has taken place: Following the lead of other Gulf States, Saudi Arabia is now also arriving at a more progressive climate protection policy.
July 6, 2017 Ordering Information

Second only to Venezuela, Saudi Arabia has the world's second largest proven oil reserves and is also the largest crude oil exporter in the world, accounting for 17 percent of the world market. Revenues from the oil business are the dominant factor in the economic legitimation of the Saudi ruling house, since a large portion of the revenue is used to aliment the population. 80 percent of the workforce are employed in well-paid public service jobs. The Saudi state also provides its citizens with free education and free access to health care. Furthermore, the water, electricity, gasoline and housing prices remain well below world market prices. The strategic importance of fossil resources has therefore always been too great for a Saudi commitment to binding climate protection goals.

In recent years, a rethink has emerged: During the UN Climate Change Conference in Doha in 2012, Qatar, the UAE and Saudi Arabia made a fundamental compromise on binding emission targets for the first time. At the climate conference held in Paris in December 2015, the Gulf Monarchies were unanimously in favour of a follow-up agreement to the Kyoto Protocol. Even though the self-imposed emission targets of Saudi Arabia in particular remain rather vague and even subject to certain minimum incomes from oil and gas exports, their motion gave fresh life to international climate protection negotiations. Saudi Arabia ratified the Paris Agreement at the beginning of November 2016, and publicly spoke in favour of the treaty again two weeks later. Above all, this is an important foreign and domestic policy signal that the largest Gulf State, Saudi Arabia, is now on a progressive course of reform in the field of international climate protection policy.

The reason for this paradigm shift is primarily the foreseeable end of the pure rentier state system in Saudi Arabia. At present, 90% of overall export revenue are generated by the sale of crude oil or oil-based products. In the next few decades, the Kingdom will probably face economic challenges of unprecedented proportions resulting from the progressive extinction of fossil sources of energy, the dependence on the level of the oil price, and domestic political tensions, first and foremost the high youth unemployment rate.

In Saudi Arabia, climate change and its consequences have been particularly noticeable in recent years. Summer temperatures are breaking records just about every year. Precipitation is declining further. Some studies already argue that climate change will soon lead to temperatures that pose an acute health risk even for young and healthy people. Since the fresh water sources are increasingly drying out, water requirements are now nearly entirely met by the energy-intensive desalination of seawater. The decade-long settlement of petrochemical and metal-processing industries with extremely energy-intensive processes continues to drive up consumption. Today, the per capita electricity consumption in Saudi Arabia is already twice as high as in Germany. As a consequence, around a quarter of the total Saudi oil production is diverted for energy production. However, the oil and gas used for domestic electricity production could be profitably sold on the world markets.

Like the other Gulf States, Saudi Arabia has recognized the signs of the times. Saudi Arabia is increasingly investing in alternative energy sources to ensure energy and supply security over the coming decades. Saudi Arabia has been pursuing the construction of a civilian nuclear program for several years. Several cooperation and research agreements were concluded with leading exporters of nuclear technology. Already in 2010, the Kingdom has created the infrastructure for the intended energy transition with the King Abdullah City for Atomic and Renewable Energy. According to the plan around 15 per cent of the country's total energy needs are to be covered by nuclear power by 2040.

With delay, Saudi Arabia has also begun investing in the development of renewable energies. Vice-Crown Prince Mohammad bin Salman Al Saud presented the "Saudi Vision 2030" in April 2016. An important goal of this vision is the ability to cover the majority of the Saudi energy requirement with solar power by the end of the next decade. The expansion of the photovoltaic sector is also intended to stimulate the domestic export economy to escape from dependence on the volatile oil and gas business. In this respect, investment in green technologies and renewable energies is to ensure future energy and supply security, as well as providing important incentives to diversify the economy. The fact that such investments improve the national climate balance as well as international reputation is a welcome side effect. In terms of internal politics, a progressive environmental and climate policy underpins the claim for religious leadership of the Saudi royal house. In the "Saudi Vision 2030" it says: "By respecting our environment and natural resources, we fulfil our Islamic, human and moral duties".

Opportunities for the private sector

In restructuring the domestic economy, the royal house is also relying on the participation of the private sector. According to "Saudi Vision 2030", the contribution of private companies to the gross domestic product is to increase from currently 40% to 65%. For this purpose, predominantly state enterprises are to be privatized. Furthermore, the prerequisites for public-private partnerships and an improved investment climate for foreign investors are to be established. The approx. 700 German companies that are active in Saudi Arabia regard the "Saudi Vision 2030" as an opportunity to open up new business areas. They have recently set up a committee to accompany the planned economic reforms of the Kingdom.

In principle, Saudi Arabia offers good prerequisites for corporate investment in renewable energies. According to a study by the delegation of the German economy in Saudi Arabia, the country constitutes "a highly interesting market" due to attractive climatic and geographic location factors. The report indicates that both the necessary infrastructure and a well-educated workforce are present in the country. However, there is currently no adequate regulatory framework to guarantee the necessary legal certainty for capital-intensive investments in this sector. Furthermore, the overlapping competencies of government agencies provide for non-transparent structures and ambiguous responsibilities. For this reason, investment projects to the value of several billions by private-sector players have not yet gone beyond the pure planning stage. However, the biggest hindrance to investments is probably the state intervention on the energy markets. Given the immense oil and gas subsidies, alternative sources of energy are currently simply not competitive in Saudi Arabia.

The "Saudi Vision 2030" is also to address this aspect. Households and the private sector will have to pay more when it comes to the cost of energy and water supplies in future. The gradual dismantling of the Saudi subventions policy has already been ushered in. In autumn 2015, for instance, the price of gasoline was raised by 8 dollar cents compared to the beginning of the year, which constitutes a price increase of 40 percent. The same applies to electricity, water and gas. Since the production and opportunity costs are now increasingly borne by the actual consumers, the consumer behavior of private households is also expected to adjust in the medium term, according to theory. This would permit alternative and energy-efficient technologies to become more competitive in Saudi Arabia in the next few years.

Climate protection and renewable energies are set to play an increasingly important role in Saudi Arabia over the next few years. The paradigm shift towards a more progressive climate and environmental protection policy has taken place. This raises the question of how Saudi Arabia and the other Gulf States are going to react should there be a further oil price shock in the coming years. In fact, at that time the drop in oil price tore holes of such magnitude into the state budget that they could only be offset using the international currency reserves. Such liquidity issues may mean that large-scale investments in new technologies, which are usually only profitable in the long term, may become unattractive. Particularly since the new reform course, which provides for less state intervention in the various goods and labor markets, is not received enthusiastically by all parts of the population. The comforts of the past few decades were simply too great for a price shock to trigger a journey into the unknown. Saudi Arabia still appears to have sufficient financial resources to stand a further oil price decline. The (partial) privatization of the state oil production company ARAMCO, the world's largest oil company, is expected to flush several billion US dollars into the state coffers. This should suffice to warrant freedom of action, at least in the short term. However, will these ultimately limited buffers suffice to make the ambitious "Saudi Vision 2030" a reality one day?

Dr. Manuel Schubert is Head of the Konrad-Adenauer-Stiftung’s office in Jordan and Acting Head of the Regional Programme for the Gulf States.

Peter Sendrowicz was Research Associate at the Konrad-Adenauer-Stiftung’s Regional Programme for the Gulf States.

Andreas Weinhut was intern at the Konrad Adenauer Stiftung’s Regional Programme for the Gulf States and is currently studying political science at the Friedrich-Alexander University Erlangen-Nürnberg. 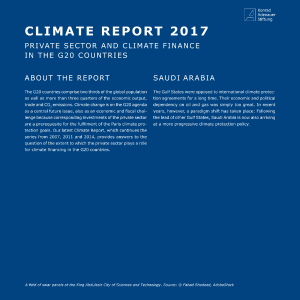 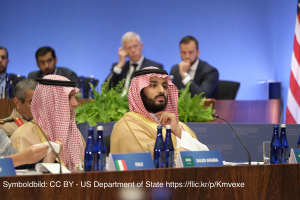 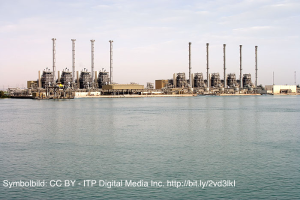