Women in Baalbek move towards running for Municipal

Three women decided to run for Municipality Elections after participating in the project “Promoting Women’s Role in Political Participation in Baalbek” by the Lebanese Organization of Studies and Training (LOST) and the Konrad-Adenauer-Stiftung (KAS)
May 8, 2016

Two candidates, Maya El Shall and Khawla Tfaily, from another project with LOST also made a decision to run for the Baalbek Municipality.

On 8th of May 2016 the people of Baalbek will take part in the political process by voting for a candidate that has the ability to further develop the area.

This project helped shift the norm of the political spirit in Baalbek. Compared to the 2010 Baalbek municipality campaigns where there was just a single female candidate running for municipal leader; now in 2016 there are five candidates running for office.

LOST through this initiative with KAS was able to empower women to take a stance and practice their natural right in the political scene. 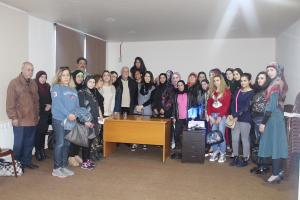 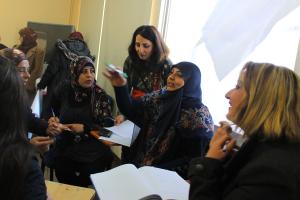 KAS Libanon (c) 2016
Participants of the Workshop in a discussion