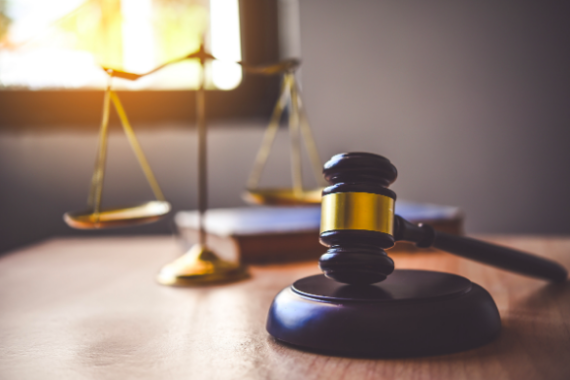 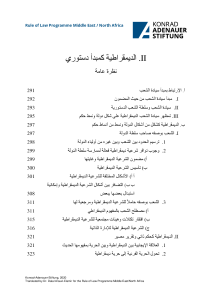 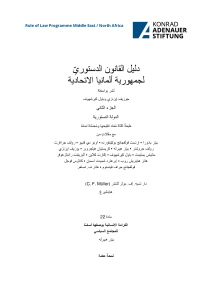 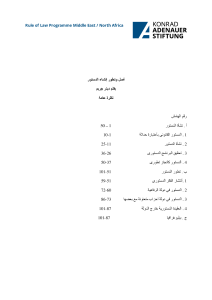 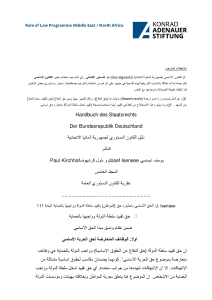 Over the past half century, the German post-war constitutional state has gained respect internationally. At the basis of its economic, political and social development lies its constitutional system. The German Federal Constitutional Court has played a fundamental role since in the country’s efforts to establish a stable, balanced system of government, and in upholding the constitution, its principles and the individual rights vested in it. Within more than 70 years of jurisdiction it has continuously done so by applying, interpreting and developing the constitutional framework of Germany.

This - in 2019 - initiated series of the Rule of Law Programme Middle East & North Africa strives to present constitutional concepts that have been of fundamental relevance to the (positive) development of the German constitutional state. In order to meet a growing interest of young Arab speaking scholars from the region in comparative constitutional law, the Rule of Law Programme Middle East & North Africa has decided to complement this endeavour by publishing a series of selected works on German constitutional law in Arabic translation. The works translated into Arabic and published in this series invite to explore, compare and debate existing concepts and solutions that were developed to address certain questions. 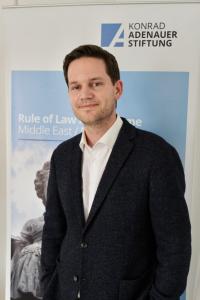