Public Relations and the Accessibility of Court Decisions

From the 10th to the 14th of November 2019, the Rule of Law Programme Middle East/ North Africa has organised a peer-to-peer study program for administrative judges from the MENA region in Munich, Germany. In the course of the 5-day program the delegation, consisting of 8 administrative judges from Morocco, Tunisia, Lebanon and Kuwait, gained a deeper insight into the role and functioning of the German administrative judiciary as well as into the practical significance, procedures and every-day implementation of their work. During the program the participants had the possibility to attend several round tables and oral court hearings at the administrative court of Munich, the High Administrative Court of Bavaria, the Bavarian State Chancellery as well as the Bavarian Constitutional Court. Special emphasis was set on press services and the internal and external accessibility of judicial decisions.
November 20, 2019 Ordering Information 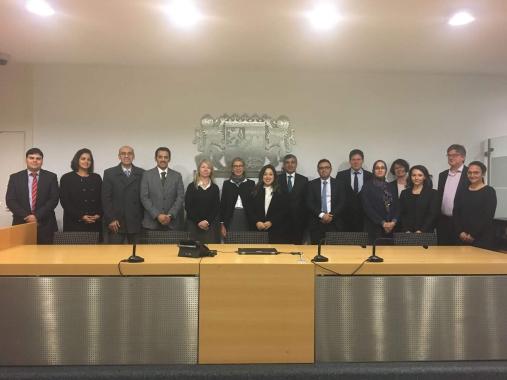 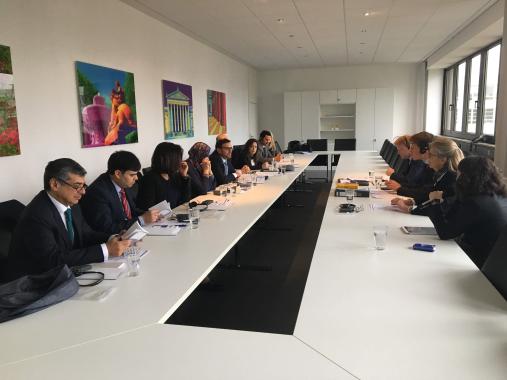 Welcome round at the Administrative Court of Munich in the presence of president Ms. Andrea Breit, judge Stefan Derpa and judge Florian Schlämmer. 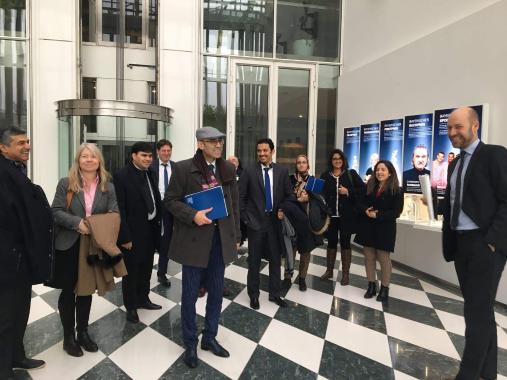 The delegation was received at the Bavarian State Chancellery on the occasion of the roundtable on internal and external accessibility of court decisions. 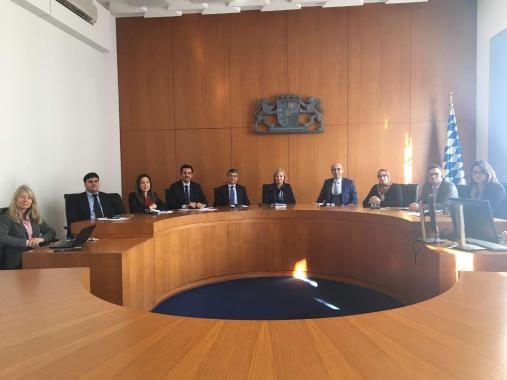 Attendance of an oral hearing at the High Administrative Court of Bavaria in the presence of the court president Stephan Kersten. 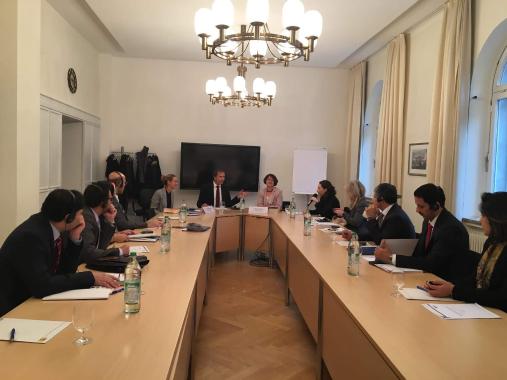 At the Constitutional Court of Bavaria, the delegation had the possibility to discuss with judge and secretary general Dagmar Ruderisch the impact of the federal structure of Germany on its judiciary as well as the relationship between administrative and constitutional courts.