The Konrad-Adenauer-Stiftung Rule of Law Programme

Why do many countries around the world have such a strong demand for German law and German legal culture? The following brochure will answer this question. Furthermore, you will get an insight into our work. The individual regional projects present their main areas of work.
September 18, 2019 Ordering Information

Since 1990, the Konrad-Adenauer-Stiftung has supplemented its international projects with transnational Rule of Law Programmes. The six regional programmes are located in Bogotá for Latin America, Singapore for Asia, Nairobi and Dakar for Sub-Saharan Africa, Bucharest for Southeast Europe and Beirut for the Middle East/North Africa. The worldwide work on the rule of law is coordinated from Berlin.
First of all, a rough outline is given of how German law and the German legal culture are in such great demand in many countries of the world - which may not be self-evident for outsiders. Subsequently, it will be discussed what characterises the work of the KAS under the Rule of Law, in particular which legal areas it deals with in the individual regions of the world, what its objectives are and in what way the Foundation proceeds. In a final section, we present selected partners with whom the KAS cooperates in its countries of operation, as well as a selection of publications. 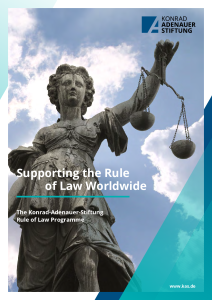 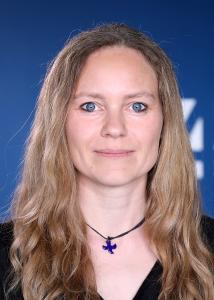