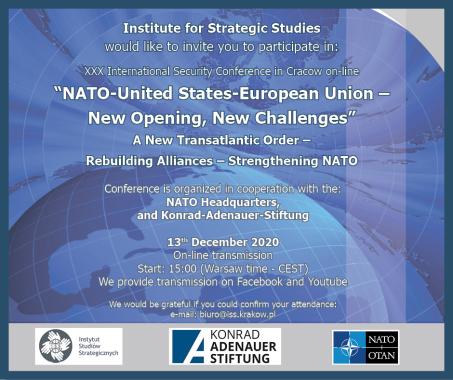 "US-EU relations-effects of Joe Biden administration's ‘new opening’ towards the European Union in the area of security?"

The event is organized by the Institute for Strategic Studies in cooperation with NATO Headquarters, and the Konrad-Adenauer-Stiftung in Poland

The live broadcast starts on 13 December at 15:00 (CET) and will be available in English with translation into Polish, provided via facebook and YouTube:

We would be grateful, if you could confirm your attendance by e-mail: biuro@iss.krakow.pl 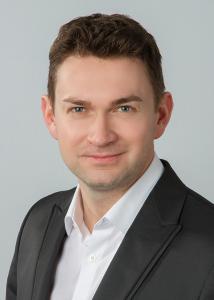