How to shape future industrial policy and champion global competition?

We kindly invite you to join our online conference and to discuss these questions with Kerstin Jorna, Director-General of the Directorate General for Internal Market, Industry, Entrepreneurship and SMEs, Dr. Angelika Niebler, Member of the European Parliament, Lasse Hamilton Heidemann, Danish Chamber of Commerce, and Jürgen Matthes, Senior Economist at the German Economic Institute (IW), on 17 November at 11.30 – 12.45 h. The discussion will be chaired live from Brussels Aljoscha Nau, European Affairs Analyst and Coordinator of the German Economic Institute’s Brussels Liaison Office.
17. November 2020 11:30 - 12:45 Uhr

In times of COVID-19, digital- and sustainable transformations and increased foreign competition, European industry is under pressure from within and outside. Simultaneously, European companies are confronted with the rise of China on global markets and fierce competition from Chinese state-subsidized enterprises or SOEs. In the light of these challenges, the calls for new European Champions have grown louder and louder over the past two years.
As previous examples, such as Airbus, have shown: European champions offer chances and risks alike. The European Commission’s decision to block the merger of the rail operations of Siemens and Alstom in 2019, has further raised a number of questions on the need of internationally competitive European Champions but also on the necessity to protect the European market, its consumers and SMEs. What are the ‘lessons learned’ and how should the future European industrial ecosystem look like? Can we only secure our global competitiveness, sovereignty, and security through European Champions? This year’s EU Commission White Paper on Foreign Subsidies has taken a different approach to safeguard competition and has shown strong commitment to curbing the influence of state-funded companies. The aim is to target market distortions by foreign subsidies and preserver fair competition.
Nonetheless, the key question remains: What role should the EU play in industrial policy making? Is it sufficient for the EU to ‘only’ ensure a level playing field or set the right framework conditions for European companies? Or do we ultimately need a pro-active industrial policy that promotes European Champions?

For registration, please use the following ​​​​​​​LINK. 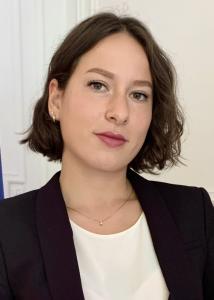