The participants of this delegation are specifically interested to inform about ongoing developments in their region and to exchange views on the Europe-Asia and Pacific relationship in the field of security policy, e.g. the NATO deployments in Afghanistan and Libya, the relationship of NATO with its partner countries as well as the new strategic concept and the adjustment of EU and NATO to new security policy challenges such as Cyberterrorism, Energy Security and fight against terrorism. The dialogue with representatives of civil society organisations has become more important also for NATO and its Members, especially in the frame of the concept of cooperative security as one of the core tasks identified in the New Strategic Concept. 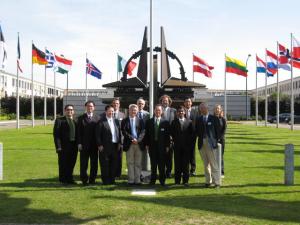