The second 'Think Digital!' publication summarizes the discussions and the findings on the policy measure "Horizon2020 and FP9". At a round table our experts discussed the opportunities and challenges of European Union fund and how each citizen can benefit.
4. Mai 2017 Bestellinformationen

‘Think Digital!’ – a year-long series on the opportunities and challenges of the digital transformation has concluded its second bloc with discussion round on May 3rd 2017. The series’ second topic was all about Horizon2020 and FP9: The European Union's fund is a benefit for its citizen. But why it is not used appropriately and how can it made accesible for the citizens? These were some of the questions addressed during the discussion.

The statements by our keynote-speakers were followed by a discussion with the workshop participants. First, there was a general agreement that the EU should allocate more money to fewer issues. Second, the EU and especially the Commission have to better communicate the successes of its Horizon 2020 programme in order to obtain public understating and support. And third, facing political impatience and various concerns in the Member States, the EU needs concrete results of its initiatives.

‘Think Digital!’ is organised jointly by the European Office of the Konrad-Adenauer-Stiftung, Google, Siemens and ZVEI (German Electrical and Electronic Manufacturers’ Association). 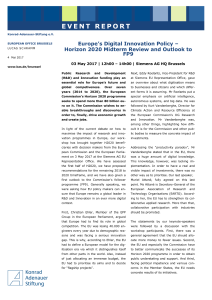 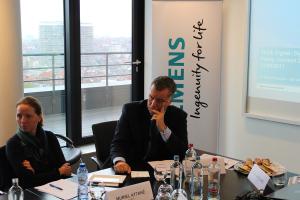 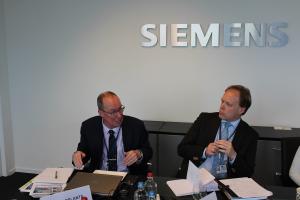 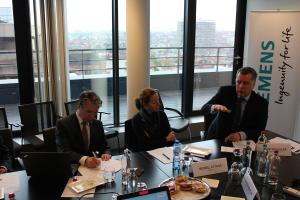