The Institute for National Security Studies (INSS) and the Konrad Adenauer Stiftung Israel (KAS) held an international conference that took place on December 3 , 2019, at INSS in Tel Aviv, Israel. Middle Eastern politics changed profoundly in October 2015, when Russia decided to step into the Syrian civil war on the side of President Assad. This added an international dimension to an already complex conflict and created a new strategic situation with international consequences. In this context, the event brought together participants from Russia, Europe and Israel for an in-depth dialogue. The event focused on further understanding on the most pertinent issues and strengthening cooperation in the future.
3. Februar 2020 Bestellinformationen 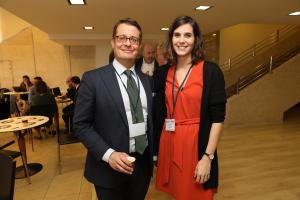