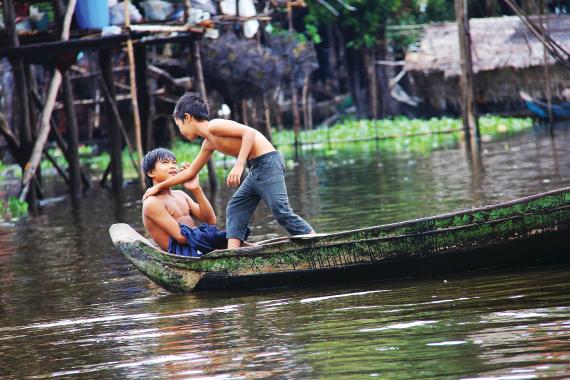 How E-learning Can Improve Water, Sanitation and Hygiene Practices in Rural Cambodia

Knowledge gaps between the national and subnational departments of Cambodia’s government can lead to a poor implementation of policies and practices at rural level. This research project assesses the feasibility of e-learning as a new way to close those gaps, specifically using the Water, Sanitation and Hygiene (WASH) sector as a case study. National WASH guidelines were adapted into an easy-to-use and interactive e-learning course with the aim to upgrade the skills and knowledge of the Provincial Department of Rural Development (PDRD) staff. Real-world tests were carried out with staff of the Disability Action Council (DAC), the WASH District Committee and four PDRD offices. The study analyses participant feedback on the e-learning course and platform, and seeks ways to further improve and adapt it to their environment. Results indicate that it works well in Phnom Penh, where participants are equipped with up-to-date computers and good internet access, but less so in rural areas due to out of date technology and incompatible web browsers which demotivate users. Rural participants also appear to prefer using smartphones and suggest to improve the e-learning experience by making it available on mobile devices, as well as allowing to print the study material and providing better Khmer language support. Implementing these features may well lead to a successful application of digitalization and e-governance at rural level.

Promoting Better Governance Through Facebook: A Pilot Study and Analysis

Facebook has become the most popular social media platform in Cambodia. This study collects primary data to examine how Facebook can give Cambodian users a chance to demand better governance in terms of public services, as well as how the government can solicit public feedback through the platform. A pilot survey of 150 respondents, mostly from Phnom Penh, shows how Facebook can enable communication between government and citizens. Most respondents in the sample use Facebook to consume or share news, but also to express their opinions and ask for more action from the government. To a certain degree, this can give citizens a means to hold their government to account, but the government currently appears not to be very responsive, probably due to the lack of decision-making from higher-level officials, and the lack of attention and interest. A potential solution could be to establish a dedicated governmental committee that gathers and addresses the concerns of the citizens. This pilot study can be used as the basis for a larger scale national survey. 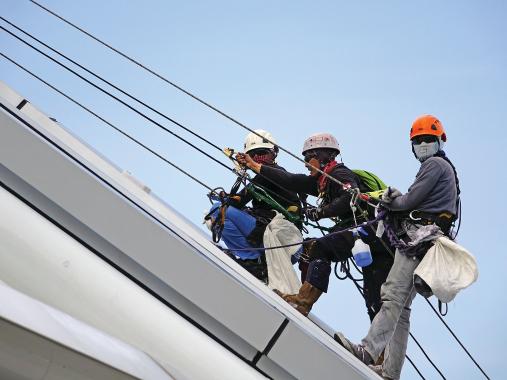 Cybercrime is a well-known, yet poorly understood issue in Cambodia, and the country’s existing legal framework is vague and unclear compared to international standards. Government websites have been subject to cyberattacks since 2002. Targets have included those of the Ministry of Foreign Affairs, the National Election Committee, the National Police, the military and the Supreme Court; thousands of official documents were leaked online by the hacktivist collective “Anonymous”. There are also reports of malicious local hackers, but most go unnoticed and unpunished. As a developing country, Cambodia lacks good technology practices and legislation because of poverty, poor infrastructure, weak institutions, low literacy and low ICT awareness. This paper outlines the cybersecurity threats it faces and analyzes existing legal measures such as the Criminal Code and the new draft Cybercrime Law, also looking at how these laws could be interpreted too broadly and thereby potentially restrict fundamental rights. Cybersecurity practices in China, Japan and Singapore are briefly explored, followed by recommendations on making cybersecurity law in Cambodia more robust, specific and proportionate, in line with international treaties like the Council of Europe’s Convention on Cybercrime. 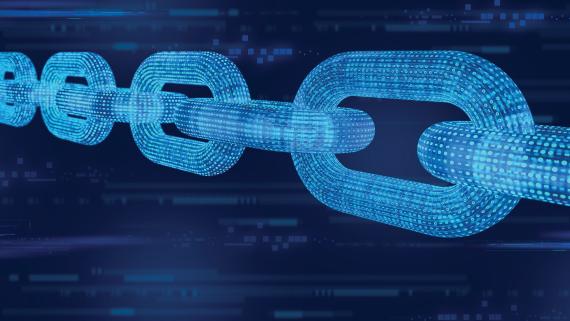 Lack of user trust is a major reason why e-government projects fail. To align efforts for the successful implementation of e-government in Cambodia, the government focuses on platform development, integration between government agencies and other technical considerations. However, there is no proper discussion about how to enhance citizen trust in e-government services. This study explores user perceptions and trust around e-government in Cambodia by surveying 256 participants recruited through online platforms. The result of this study indicates that among well-educated and regular internet users in Cambodia, the knowledge of e-government is significantly low and that most are still neutral about whether it can be trusted or not. We have suggested several methods and approaches the government could consider in order to boost citizens’ knowledge and trust, which in turn could potentially influence user adoption of e-government. 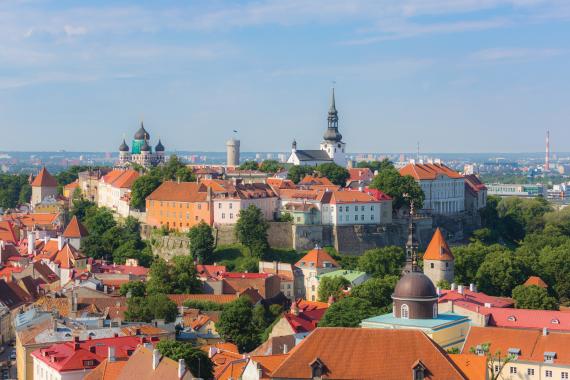 E-Government: What Can Cambodia Learn From E-Estonia?

Estonia is an EU country where ‘99% of the public services are available online 24/7’ . This article aims to analyse whether Cambodia can develop its own e-government by learning from the Estonian model. To achieve this, the paper first defines and clarifies some key terminologies and phrases vis-à-vis e-government and e-governance. Second, the history of e-Estonia is outlined and its innovations for e-government examined. This includes among others e-cabinet, e-public services and e-democracy. After discussing the development of e-Estonia, the study moves to exploring the digital transformation of Cambodia and explaining the evolution of its e-government. The article also summarises what Cambodia has done already and what it hasn’t, including achievements and challenges in terms of digital infrastructure and digital human capital (digital literacy, skills, knowledge and experiences). The study concludes that Cambodia is undergoing a digital transformation towards e-government. And despite significant differences to the development path of Estonia, it can learn from e-Estonia because both countries share a common vision, that is, utilizing digital technologies to improve government-society relations. 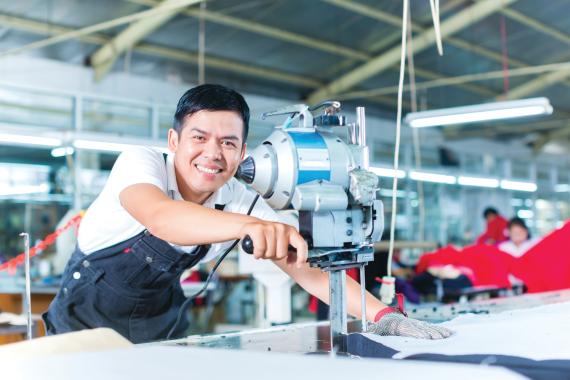 The Risks of Industry 4.0 on Cambodia's Garment Sector

There are major innovations in the global economy which could change the face of industrial production forever. A term that embodies multiple new technologies in manufacturing is Industry 4.0. Highly developed countries have the necessary monetary, intellectual and industrial resources to embrace and shape this change, unlike developing countries which are still catching up economically. This is especially true when an economy is highly dependent on just one sector and its low labor costs, as is the case with Cambodia and its garment industry. The impact of digitalization on manufacturing will be significant. Low-skilled jobs could disappear on a large scale and there will be an urge to restructure. To get a better understanding of Cambodia’s economy, this report asks the question: What impact does Industry 4.0 have on the garment sector in Cambodia? The first chapter will focus on global trends in manufacturing which are often described by the term Industry 4.0 and their impact on the garment sector. Afterwards, the report analyzes the risks stemming from these developments on the Cambodian economy in general and on the garment industry in particular, before finally finding and presenting approaches that policymakers could take in order to attain the most positive outcome for Cambodia.

It is widely recognized that education plays the most important role in the social development of a nation and for this reason it has also been described as one of the best elements for nurturing the basic needs for human development and escaping poverty. The two authors dive deeper into the topic and link it to e-governance. 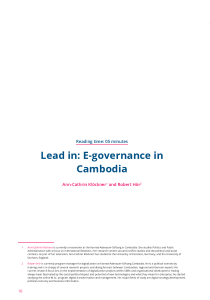 Lead in: E-governance in Cambodia

E-government, in its ideal state, aims to solve a variety of governance challenges in developing and developed countries. The two authors look deeper into the benefits and challenges of e-governance in Cambodia and provide a broad overview. 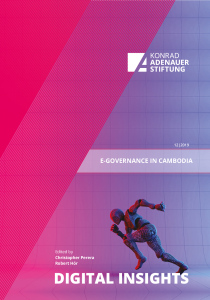 Digital Insights - E-governance in Cambodia brought together authors from all walks of life in order to explore and mature thoughts, ideas and knowledge about decisive e-government topics, which include cyber security, the role of data and trust, Facebook and service provision tailored to citizens and business needs. We hope this publication will get you involved in the topic and encourage you to not just read, but also to provide us with critical feedback and ideas in order to grow the research community! Have a good read and keep on learning, exploring and sharing! 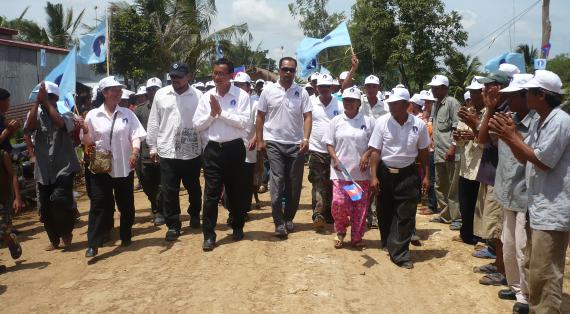