A report on how digital platforms were used to manipulate Uganda’s 2021 General elections.

This publication provides a situational analysis of how online spaces were used as a manipulative tool during Uganda’s 2021 General Election. We are thankful to the African Institute for Investigative Journalism and Mr. Stone Songa for working on it and we hope that you will find the discussions here worth reflecting upon.
26. Juni 2021 Bestellinformationen

As social media usage and digital communication proliferate, so does voter manipulation in digital spaces. The gathering and distortion of data to target and manipulate the voter, the usage and publication of false data or data presented out of context or in a wrong context, false information,

false digital identities, fake accounts, fabricated content, fake news and the like are tools and methods that have proven to have an immense impact on the election process, the electorate and can be decisive in terms of the election outcome.

Examples of how the above mentioned methods were and can be used during the elections are many across the globe. The landscape of organizations, institutions and individuals involved in these malpractices from within a particular political system and from the outside is very diverse: from political opponents and their aligned/affiliated institutions themselves over private digital communication organizations to (foreign) state-related actors. Digital communications have played and continue to play a significant role in political campaigns and impacting political processes in various ways.

The 2021 Ugandan General Election took place amidst the global Covid-19 pandemic with digital platforms and social media being even more important as a source of voter information. Being declared “scientific elections” at a very early point of time, the digital space was to become a center stage for political competition due to the restrictions upon physical gatherings.

When the idea to this situation analysis was born, the idea was to look closely into the Ugandan example and to analyze whether voter manipulative malpractices would be applied in the Ugandan General elections and, if so, to analyze the form and the scale of these malpractices as well as to identify the actors behind them. How the use of Coordinated Inauthentic Behaviour (CIB) was employed to tilt the political narrative and the kind of impact it created in shaping the on-line conversation during the 2021 election period, has become the main emphasis of this publication. It also points out what led to the five-day internet shut down during the Ugandan General Elections and outlines the impact and possible repercussions in the future elections given the growth and an increasing importance of digital space.

Supporting the publication of this report is part of our work as Konrad-Adenauer-Stiftung to strengthen the democratic and constitutional forces and institutions both in Germany and abroad. We are convinced that vibrant political parties are a prerequisite for any functioning democracy. 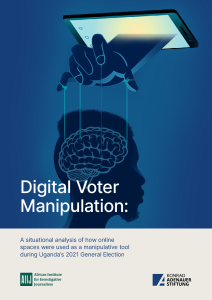 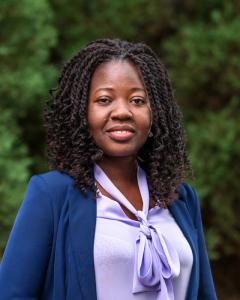