For the third time, the annual Interparty Youth Platform (IYOP) Football Challenge encouraged youth teams of eight political parties to engage with each other through sports. The annual tournament aims at promoting a spirit of peaceful co-existence and reducing violent political participation which is common among the youth.
27. September 2018 Bestellinformationen 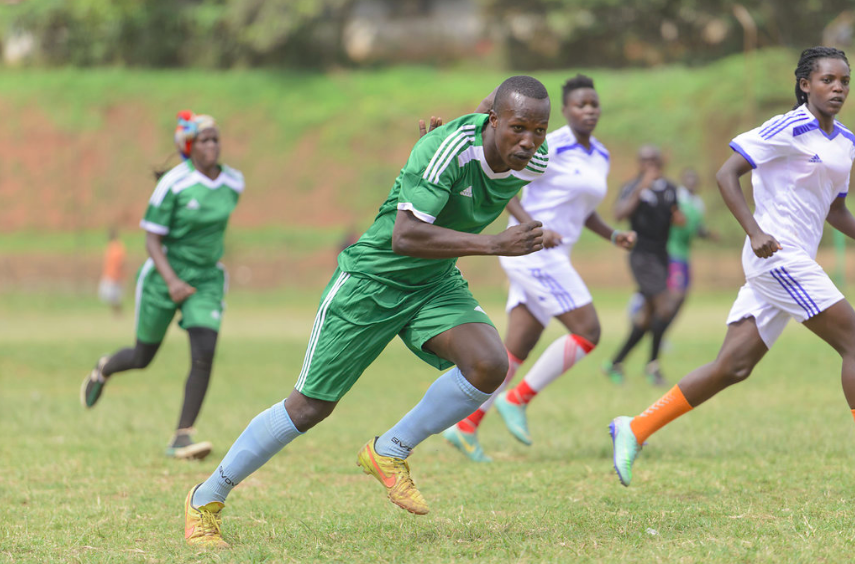 On Saturday, the 22nd September, the young teams gathered at the Makerere football pitch to prepare themselves for a day full of enhancing political and social relations amongst each other. IYOP managed to bring youth teams for CP, DP, NRM, PPP, JEEMA, UPC, UFA and FDC together on one pitch. As every year, the IYOP football challenge encouraged women participation. Each team was required to have at least 3 female players in their team. Like in the previous years, the matches were 30 minutes in total, based on a knock out principle.

Without hesitation, the players came together to draw the playing order. By 11.00 o clock, the first game was on. During the qualifying round CP, defending champion JEEMA, FDC and ruling party NRM were respectively knocked out by UPC, UFA, DP and PPP. In the aftermath, DP and UPC managed to win against UFA and PPP, leaving UPC and DP to battle it out for the trophy. In the end, UPC won 2:1 against DP.

In the last years, media reported more and more violent encounters between youths, for which the youth unemployment could be one explanation. Peaceful resolution of different political stands remained rare. But the tournament displayed, that different political stands could be overcome by camaraderie and sportsmanship and through healthy competition on the football pitch.

The third IYOP football tournament, supported by the Konrad Adenauer Stiftung (KAS) and the International Republican Institute(IRI), has been a great success. 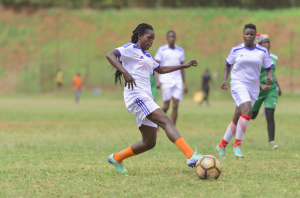 Each team was required to have three female players. 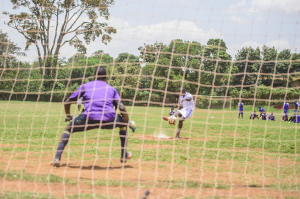 Shoot outs: opposing teams cheered for one another and respected the outcome of the games 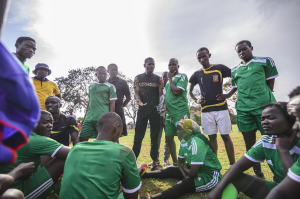 Half time: Pep talk for DP before the final game 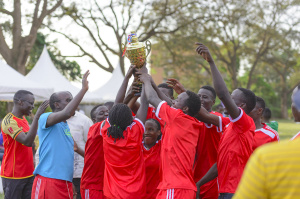 The proud winners: UPC is the new IYOP champion.