The fourth edition of the Political Leadership Advancement project (PoLA-LAB) brought together 27 youth leaders in the central Uganda district of Mityana. PoLA-LAB is a mentoring program for political and community leaders that provides a training in advocacy, political economy analysis and social mobilization.
1. Oktober 2018 Bestellinformationen

Introducing participants to the concept of Political Economy Analysis, Banjwa Adventino, a Ph.D fellow at Makerere University re-echoed that the objective of the session was to enable young leaders to better understand the intricate relationship between politics and economics and to be able to comprehend the complex issues of how power is organized, what incentives drive political and economic actor to do and (not) certain things, where are the resources and how they are distributed?

The next issue dealt with was about advocacy, how to do it and why it matters for constructive political engagement. “There is nothing stronger then people coming together and questioning the power through advocacy” noted Donnas Ojok, the facilitator of the session. Mr. Ojok also elaborated comprehensively on the various advocacy tools reiterating that context matters in regard to choosing which tool to use. “Knowing and choosing the right tools to use to raise your voice and be heard is significant because it enables you to let your be message be heard by the responsible stakeholders, Mr. Ojok emphasised. Furthermore, he also noted that social media is increasingly becoming an important advocacy tool.

Talking the young leaders through social and political mobilization, Ayub Kiranda of UNIFOG, discussed at depth about the key pre-requisites that are necessary for mobilization efforts to be successful. He also took participants through the various mobilization strategies and the necessary resources required to execute them. For instance, a fundamental question discussed was about the role of money in facilitating social mobilization initiatives. Some of the participant said that money is one of the key determinants to mobilise people. “Without money, you cannot rally people for a common cause here. Everyone cares about themselves” he complained. But another participant interjected refuting his submission stating that “campaigns like “people power” are being supported by ordinary people and they are receiving any money from anyone”. Ayub also advised the youth leaders to prepared and give every possible feedback to the people they are mobilizing. 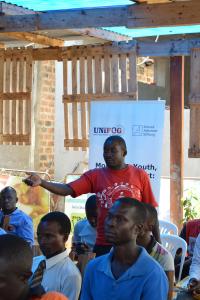 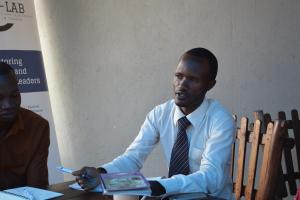