von Donnas Ojok
On 13th Nov 2019, we convened a public dialogue together the Network of South Sudanese Civil Society Organizations in Uganda (NoSSCOU) to discuss recent developments around the formation of the Revitalized Transitional Government of National Unity (R-TGoNU) in South Sudan.
15. November 2019 Bestellinformationen 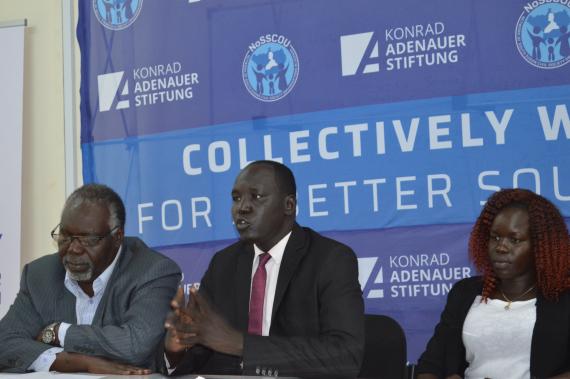 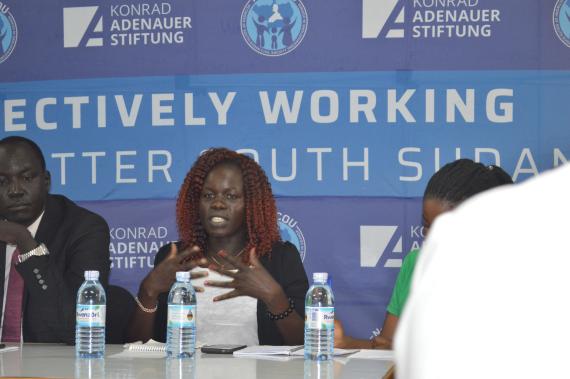 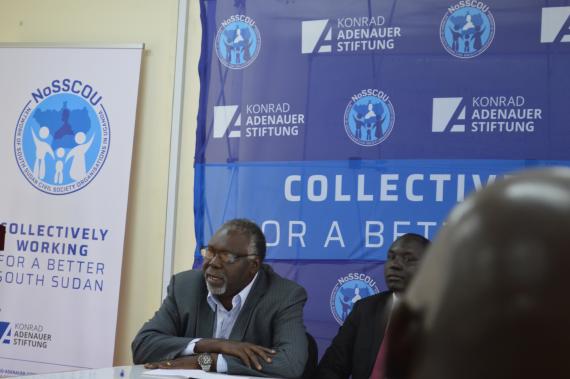 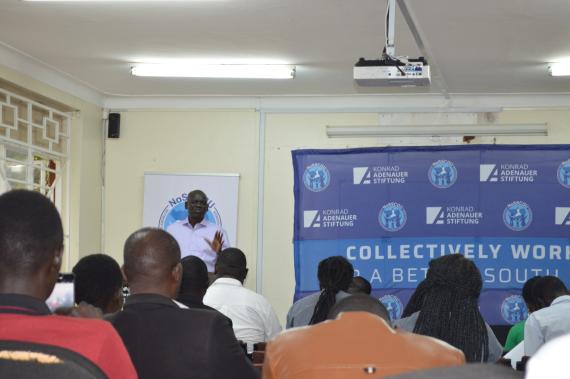 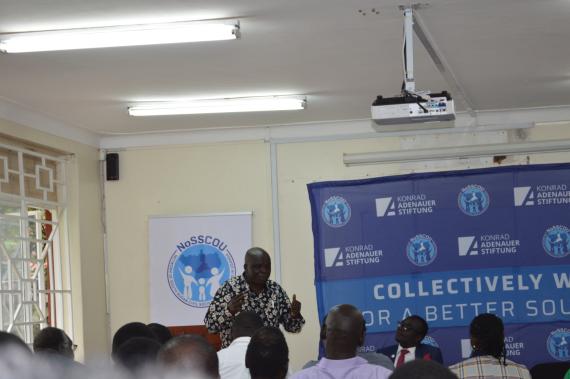 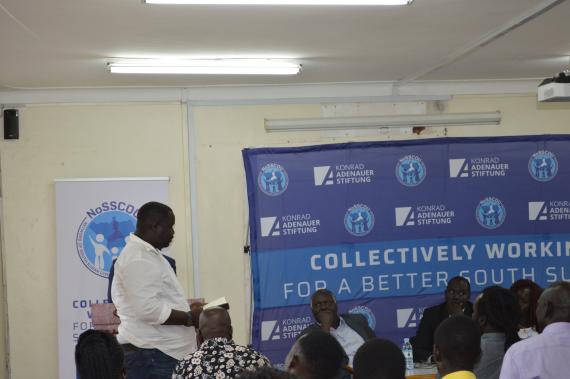 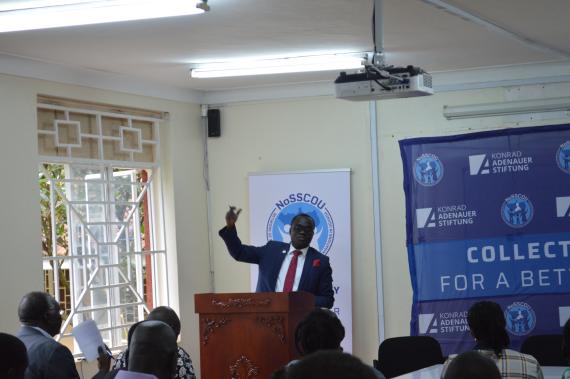 The event preceded a 100 days’ extension of the formation R-TGoNU that happened on the 07th Nov 2019 ahead of the 12th Nov deadline during a tripartite convening in Entebbe on the invitation of President Museveni, one of the guarantees of the agreement.

At the Entebbe Summit, President Salva Kiir and arch-rival Riek Machar agreed to another 100 days’ period to allow for settlement of major issues among which are cantonment, number of states and security arrangements. The extension was due to the fact that very little has been achieved as far as the implementation of fundamental pre-transitional activities is concerned during the extended period of the 6 month.

During the public dialogue, Clement Samuel Maring, a South Sudanese political scientist who gave an insight address commended both Riek and Kiir for trying their best to make sure a relative degree of ceasefire was maintained. He however called upon the two parties to work hard to resolve the pending issues. “In addition to the government should immediately releasing funds to expedite the implementation process, the two parties should also concentrate on the creation of the unified forces and provide the requisite training they need within the 50 days” Maring said.

Another insight address was given by Emmanuel Allio Ewaku, a security specialist who noted that once the security questions in the R-ARCSS are not comprehensively address, South Sudan will face another problem of a relapse to violence. “There are currently over 250,000 soldiers belonging to the various warring factions in South Sudan. The 2018 revitalized agreement focuses on only integrating 83,000 soldiers as a single unit. Where will the other soldiers go?” Asks Allio. “If most soldiers feel dissatisfied with the process, they might become bandits and pause a major security threat in the country” Allio noted.

During the panel discussion session, Alikaya Aliko a renowned South Sudanese political commentator welcomed the 100 days’ extension of RTGoNU noting that if this wasn't made, South Sudan would easily be plunged into another protracted conflict. By agreeing to make some concessions, the Kiir and Riek have demonstrated that they are committed to peacemaking which is what we as ordinary South Sudanese need” he said.

Beny Gideon Mabor, the Commissioner of South Sudan Human Rights Commission who was also one of the panelists maintained that the 100 days extended period should give the South Sudanese political elite an opportunity to openly and constructively have dialogue with the ordinary citizens. His observation was buttressed by Tolit Atiya, a security analyst who insisted that the agenda for security stabilization in South Sudan shouldn't only center among the political elites but a key focus of it should also be on real and actual engagements with the ordinary South Sudanese citizens.

On September 12th, 2018, the Revitalized Agreement on Resolution of Conflict in South Sudan (R-ARCSS 2018) was signed in Addis Ababa – Ethiopia. The agreement implementation is divided into two phases – pre-transition period 8 month run by a national committee (NPTC), and, transitional period of 36 month managed by a government of National Unity (R-TGoNU). R-ARCSS implementation matrix and schedule was developed and signed as an annex.

However, the pre-transition period of A-ARCSS 2018 was extended by 6 months to enable implementation of the unimplemented activities. However, the Revitalized Transitional Government of National Unity (R-TGoNU) that was supposed to be formed on November 12th, 2019 was extended by 100 more days with a review to be done on the 50th day.