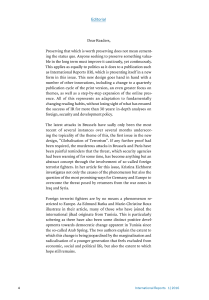 Preserving that which is worth preserving does not mean cementing the status quo. Anyone seeking to preserve something valuable in the long term must improve it cautiously, yet continuously. This applies as equally to politics as it does to a publication such as International Reports (IR), which is presenting itself in a new form in this issue with its focus on the "Globalisation of Terrorism". 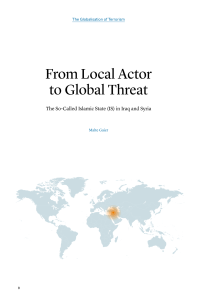 From Local Actor to Global Threat

The So-Called Islamic State (IS) in Iraq and Syria

With the onset of the crises in Syria and Iraq, the political environment in the Levant has continued to sustain a steep security decline since 2011. The dreaded prospect of spillovers into neighboring countries at the beginning has now become a reality. The self-styled Islamic State and other international militant Islamist groups operating as belligerents in the Syria and Iraq crisis constitute a grave long-term challenge for the international community. 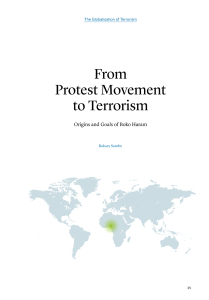 From Protest Movement to Terrorism

Origins and Goals of Boko Haram

In Western media the violence of Boko Haram has received considerable attention. Yet, little is known about its ideology and its aims. This article intends to close this gap while addressing the question as to which strategy is appropriate for dealing with the African jihadists. 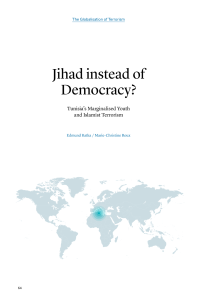 Jihad instead of Democracy?

Five years ago, Tunisians brought down their authoritarian regime, triggering a series of protests and transformation processes in the Arab World, which in turn had a great impact on Europe. Tunisia remains to be the only country in the region that has successfully transitioned from authoritarian rule to democracy. Notwithstanding, radicalization among young people is posing a threat to the country’s democratic transition, as many feel barred from the country's life. Thus, for many of those lacking prospects, “jihad” – whether abroad or at home – is rendered an ostensibly luring alternative. 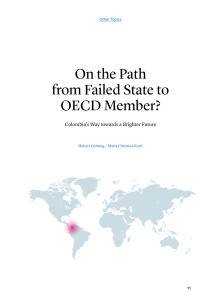 On the Path from Failed State to OECD Member?

Colombia’s Way towards a Brighter Future

Colombia is currently in the world’s attention because of the peace agreement between the government and the FARC guerrilla. However, it is not only progress in addressing this decades-old conflict which makes prospects for the Andean country pretty bright at the moment. 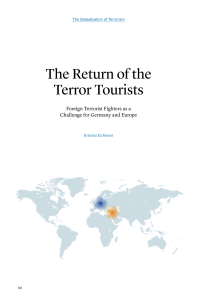 The Return of the Terror Tourists

Foreign Terrorist Fighters as a Challenge for Germany and Europe

The Paris and Brussels terror attacks proved the reality of a threat that the security authorities warned of long ago: European citizens who travel to conflict regions, for example, to fight in Syria for the so-called Islamic State return to Europe as perpetrators of terror attacks here. This article examines the causes of the phenomenon of foreign terrorist fighters (FTFs), and evaluates the best strategy for Germany and Europe to address the challenge. 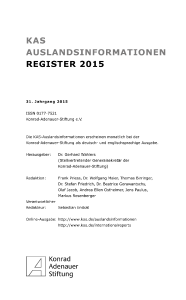 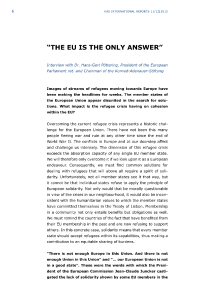 "The EU Is the Only Answer"

The European Union has already overcome many crises where an agreement had initially appeared out of reach. We must not make the mistake of ignoring the different opinions of the member states in the current challenges and keep in mind that the EU is the only answer. 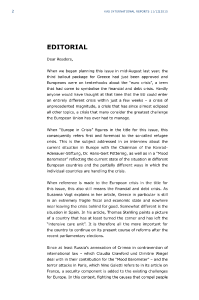 When we began planning this issue in mid-August last year, the third bailout package for Greece had just been approved and Europeans were on tenterhooks about the “euro crisis”, a term that had come to symbolise the financial and debt crisis. Hardly anyone would have thought at that time that the EU could enter a totally different crisis within just a few weeks – a crisis of unprecedented magnitude.