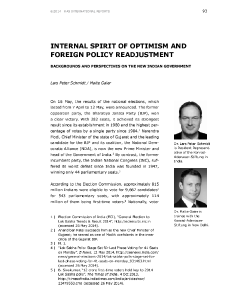 Backgrounds and Perspectives on the New Indian Government

The opposition party, the Bharatiya Janata Party, and its top candidate Narendra Modi won the Indian national elections in May. The clear victory conveys the desire for a stable government, which recently had been characterized by a political standstill. How can this outcome be explained and what challenges does the new Prime Minister face? 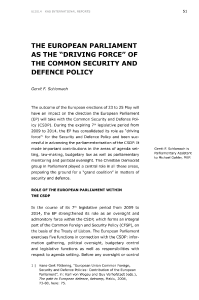 Over the past years, the European Parliament has consolidated its role as “driving force” for the Security and Defence Policy. It succeeded in advancing the parliamentarisation and contributed to the agenda setting, to new laws, as well as to the parliamentary monitoring: a retrospective on the seventh and an outlook for the upcoming legislature. 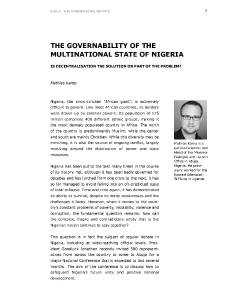 The Governability of the Multinational State of Nigeria

Is Decentralisation the Solution or Part of the Problem?

Nigeria is extremely difficult to govern and has been put to the test many times. President Jonathan recently invited 500 representatives from across the country to come to Abuja for a major National Conference, discussing how to safeguard Nigeria’s future unity and its national development. But the latest attacks by religious extremists overshadow this endeavour. 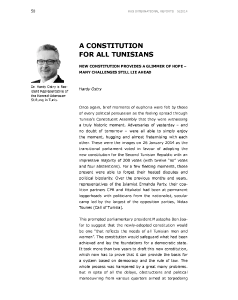 A Constitution for all Tunisians

On 26 January 2014, the Tunisian transitional parliament adopted the new constitution with an impressive majority. The international reaction to what has been achieved has been full of superlatives: “the most modern constitution in the Arab world” and “a model and example for the rest of the Arab world”. However, disappointment about the political class is increasing. What are the reforms the Tunisians are calling for and how do the political parties respond? 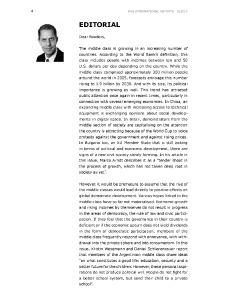 According to the World Bank, almost two billion people will be grouped into the middle class in 2030. Following an increase in numbers, now an agenda for structural change is required, because economic growth and income increases alone have not led to progress in democracy and rule of law in many places. Through our political consultancy work we want to support efforts to prevent a situation where we would be confronted with “growth without development” a few years down the line. 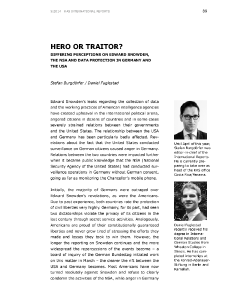 Differing Perceptions on Edward Snowden, the NSA and Data Protection in Germany and the USA

After his escape to China and Russia, a majority of Americans turned against Edward Snowden. In Germany however, he is increasingly portrayed as a hero. Most Germans welcome state intervention in their daily lives to a much greater degree than Americans, but not when it comes to intelligence activities. But even in the US, some politicians are now also promoting the adoption of the Freedom Act which would curtail the powers of intelligence agencies. 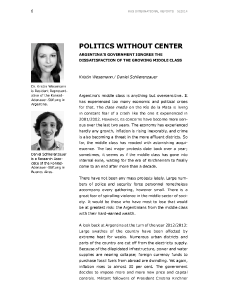 Argentina’s Government Ignores the Dissatisfaction of the Growing Middle Class

Fear of an economic crash like the one in 2001/2002 has become a constant companion for people in Argentina. At greatest risk are those who have most to lose: the Argentinians from the middle class with their hard-earned wealth. But so far, they have reacted with astonishing acquiescence regarding the stagnant economic development and rising inflation and crime rates. However, protests from the middle class are on the rise. Does President Cristina Kirchner get under pressure? 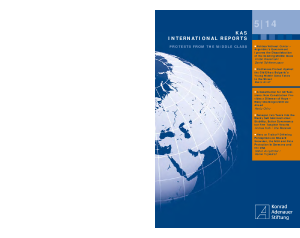 Protests from the Middle Class 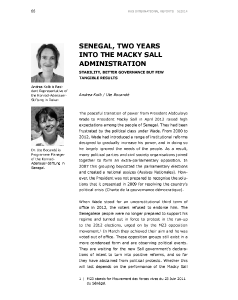 The peaceful transition of power from President Abdoulaye Wade to President Macky Sall in April 2012 raised high expectations among the people of Senegal. In his government program Sall set out five priorities: agricultural reforms, price reductions in basic foodstuffs, solving the energy crisis, settlement of the Casamance conflict and streamlining government institutions. But his main task is to restore the government’s legitimacy. 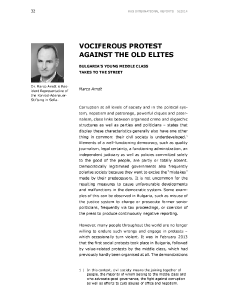 Vociferous Protest against the Old Elites

In Bulgaria, during the nearly 25 years since the fall of the Iron Curtain, the old communist elites have brought large parts of the state and the economy under their control. Elements of a well-functioning democracy such as quality journalism, legal certainty as well as policies committed to the welfare of the people are partly or totally absent. However, a civil societal protest movement from the Bulgarian middle class is emerging. They hope for support from Brussels to push for necessary reforms.