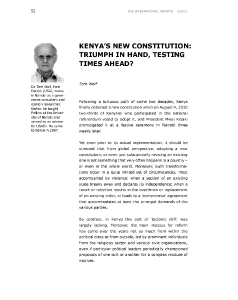 Following a tortuous path of some two decades, Kenya finally obtained a new constitution when on August 4, 2010 two-thirds of Kenyans who participated in the national referendum voted to adopt it, and President Mwai Kibaki promulgated it at a festive ceremony in Nairobi three weeks later. 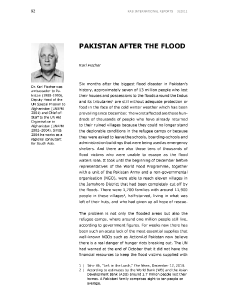 Pakistan After the Flood

Six months after the biggest flood disaster in Pakistan’s history, approximately seven of 13 million people who lost their houses and possessions to the floods around the Indus and its tributaries are still without adequate protection or food in the face of the cold winter weather which has been prevailing since December. 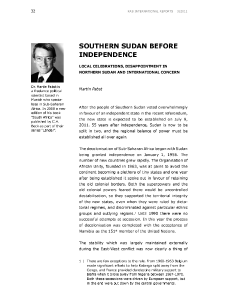 After the people of Southern Sudan voted overwhelmingly in favour of an independent state in the recent referendum, the new state is expected to be established on July 9, 2011. 55 years after independence, Sudan is now to be split in two, and the regional balance of power must be established all over again. 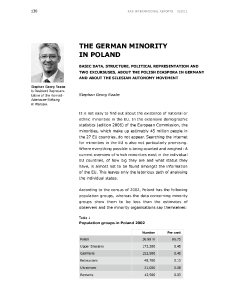 The German Minority in Poland

Basic Data, Structure, Political Representation and Two Excursuses, About the Polish Diaspora in Germany and About the Silesian Autonomy Movement. 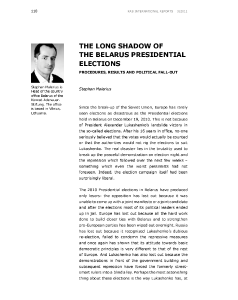 The Long Shadow of the Belarus Presidential Elections - Procedures, Results and Political Fall-Out

Since the break-up of the Soviet Union, Europe has rarely seen elections as disastrous as the Presidential elections held in Belarus on December 19, 2010. This is not because of President Alexander Lukashenko’s landslide victory in the so-called elections. After his 16 years in office, no-one seriously believed that the votes would actually be counted or that the authorities would not rig the elections to suit Lukashenko. 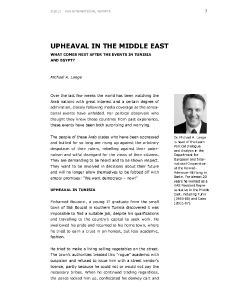 Upheaval in the Middle East - What Comes Next After the Events in Tunisia and Egypt?

Over the last few weeks the world has been watching the Arab nations with great interest and a certain degree of admiration, closely following media coverage as the sensational events have unfolded. For political observers who thought they knew these countries from past experience, these events have been both surprising and worrying. 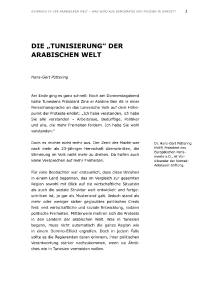 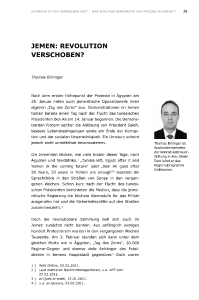 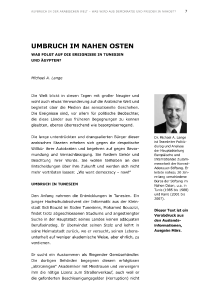 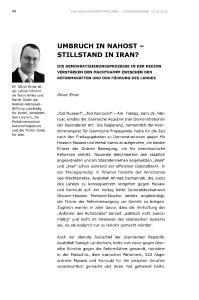 Umbruch in Nahost - Stillstand in Iran?