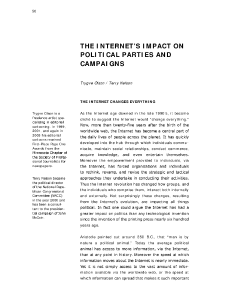 The Internet´s Impact on Political Parties and Campaigns

As the Internet age dawned in the late 1990’s, it became cliché to suggest the Internet would “change everything.” Now, more than twenty-five years after the birth of the worldwide web, the Internet has become a central part of the daily lives of people across the planet. It has quickly developed into the hub through which individuals communicate, maintain social relationships, conduct commerce, acquire knowledge, and even entertain themselves. 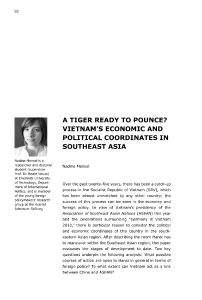 A Tiger Ready to Pounce?

Since the Doi Moi reforms were announced in 1986, there has been continual economic development, measured by economic growth. Even temporary, negative influences, such as the Asian crisis of 1997 or the ongoing global financial and economic crisis, have not jeopardized this trend. 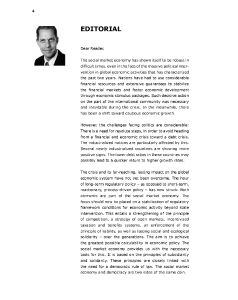 In this edition of International Reports, we investigate the economic development and the political ambitions of the G20 members India, Saudi Arabia, Korea, Turkey, and South Africa. Alongside the G8 countries, they are important players, with whom we are fostering – and continue to foster – political dialog. 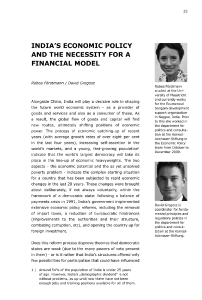 India’s Economic Policy and the Necessity for a Financial Model

Until 1991, the year when extensive liberalization measures began, India was considered – in terms of its regulations on the domestic economy, its customs and its quantitative trade restrictions – as one of the world’s most highly regulated national economies among democratic countries. 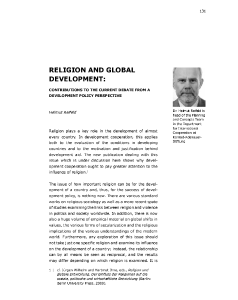 The issue of how important religion can be for the development of a country and, thus, for the success of development policy, is nothing new. There are various standard works on religious sociology as well as a more recent spate of studies examining the links between religion and violence in politics and society worldwide. 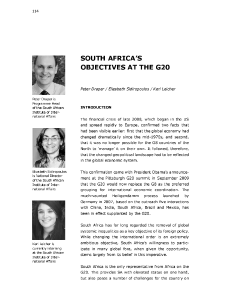 South Africa’s Objectives at the G20

Economic diplomacy matters to South Africa and Africa, because the rules of the game help determine the space available at the national level for economic policymaking. In an increasingly multi-polar world, international economic negotiations offer one way in which South Africa and Africa can influence the rules of the game and thereby help maximise their own space to make domestic economic policy. 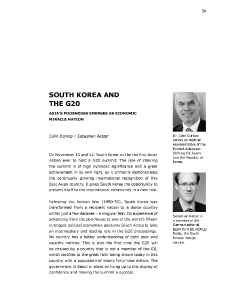 South Korea and the G20

South Korea has already drawn attention to itself with ambitious plans for climate protection and green growth, and is setting a good example. Its aim is to establish a stronger presence on the international stage for itself, thus gaining more influence worldwide. 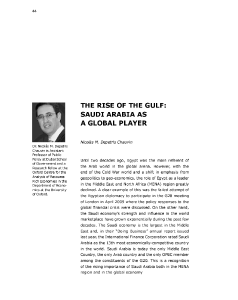 The Rise of the Gulf: Saudi Arabia as a Global Player

Saudi Arabia is the largest economy of an emerging regional block, the Gulf Cooperation Council (GCC) formed by Bahrain, Kuwait, Oman, Qatar, the United Arab Emirates and the Saudis. The Kingdom of Saudi Arabia contributes with 49% of the total GDP of the economic bloc and 67% of the total population. 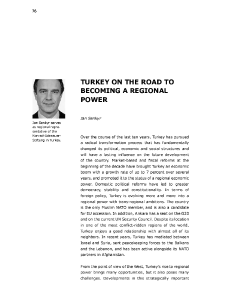 Turkey on the Road to Becoming a Regional Power

Turkey’s future role in international politics will be determined primarily by how far it is able to reconcile its traditional Western links with its increasing influence and interests in the region. 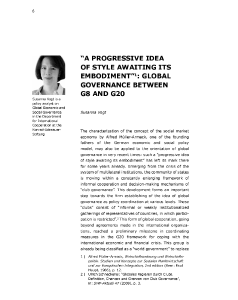 “A Progressive Idea of Style Awaiting Its Embodiment”: Global Governance Between G8 and G20

How limited the competence for problem-solving of the existing global organizing structures today still is, can be clearly seen from the crisis situation of the past two years. The number of challenges that can no longer be tackled at a solely national or regional level is growing rapidly and reached a new peak with the global financial market crisis.