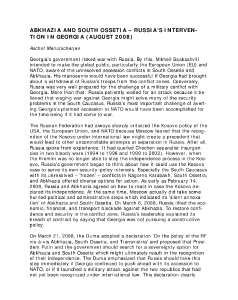 Georgia’s government risked war with Russia. By this, Mikheil Saakashvili intended to make the global public, particularly the European Union (EU) and NATO, aware of the unresolved secession conflicts in South Ossetia and Abkhazia. His manoeuvre would have been successful if Georgia had brought about a withdrawal of Russia’s troops from the conflict zones. Conversely, Russia was very well prepared for the challenge of a military conflict with Georgia. 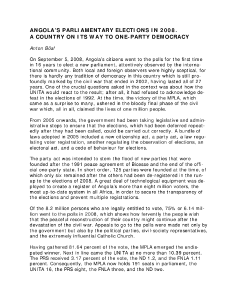 A Country on its Way to One-Party Democracy

On September 5, 2008, Angola’s citizens went to the polls for the first time in 16 years to elect a new parliament, attentively observed by the international community. Both local and foreign observers were highly sceptical, for there is hardly any tradition of democracy in this country which is still profoundly marked by the civil war that ended in 2002, having lasted all of 27 years. 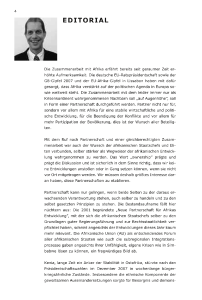 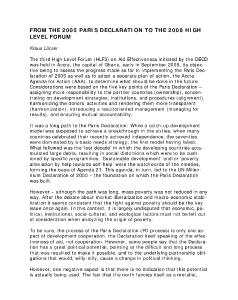 From the 2005 Paris Declaration to the 2008 High Level Forum

The third High Level Forum (HLF3) on Aid Effectiveness initiated by the OECD was held in Accra, the capital of Ghana, early in September 2008, its objective being to assess the progress made so far in implementing the Paris Declaration of 2005 as well as to adopt a separate plan of action, the Accra Agenda for Action (AAA), to determine what should be done in the future. 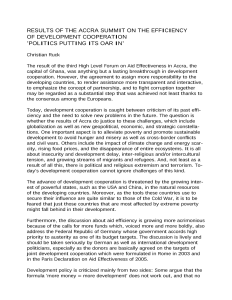 Results of the Accra Summit on the Efficiency of Development Cooperation

’Politics Putting its Oar in’

The result of the third High Level Forum on Aid Effectiveness in Accra, the capital of Ghana, was anything but a lasting breakthrough in development cooperation. However, the agreement to assign more responsibility to the developing countries, to render assistance more transparent and interactive, to emphasize the concept of partnership, and to fight corruption together may be regarded as a substantial step that was achieved not least thanks to the consensus among the Europeans. 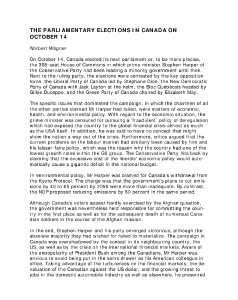 The Parliamentary Elections in Canada on October 14

On October 14, Canada elected its next parliament or, to be more precise, the 308-seat House of Commons in which prime minister Stephen Harper of the Conservative Party had been leading a minority government until then. Next to the ruling party, the elections were contested by the key opposition force, the Liberal Party of Canada led by Stéphane Dion, the New Democratic Party of Canada with Jack Layton at the helm, the Bloc Québécois headed by Gilles Duceppe, and the Green Party of Canada chaired by Elizabeth May. 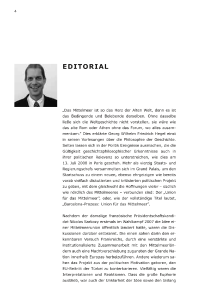 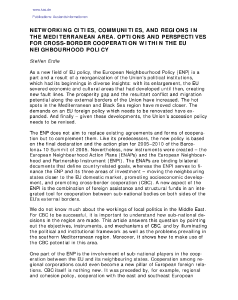 Networking Cities, Communities, and Regions in the Mediterranean Area

As a new field of EU policy, the European Neighbourhood Policy (ENP) is a part and a result of a reorganization of the Union’s political institutions, which had its beginnings in diverse insights: with its enlargement, the EU severed economic and cultural areas that had developed until then, creating new fault lines. The prosperity gap and the resultant conflict and migration potential along the external borders of the Union have increased. The hot spots in the Mediterranean and Black Sea region have moved closer. The demands on an EU foreign policy which needs to be renovated have expanded. And finally – given these developments, the Union’s accession policy needs to be revised. 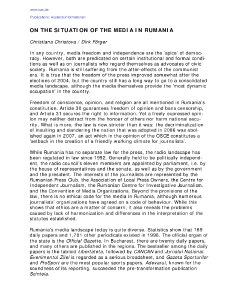 On the Situation of the Media in Rumania

In any country, media freedom and independence are the ’spice’ of democracy. However, both are predicated on certain institutional and formal conditions as well as on journalists who regard themselves as advocates of civic society. Rumania is still suffering from the after-effects of the communist era. It is true that the freedom of the press improved somewhat after the elections of 2004, but the country still has a long way to go to a consolidated media landscape, although the media themselves provide the ’most dynamic occupation’ in the country. 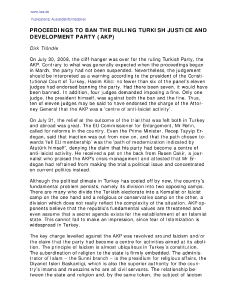 On July 30, 2008, the cliff-hanger was over for the ruling Turkish Party, the AKP. Contrary to what was generally expected when the proceedings began in March, the party had not been suspended. Nevertheless, the judgement should be interpreted as a warning according to the president of the Constitutional Court of Turkey, Hasim Kilic: no fewer than six of the panel’s eleven judges had endorsed banning the party. Had there been seven, it would have been banned.