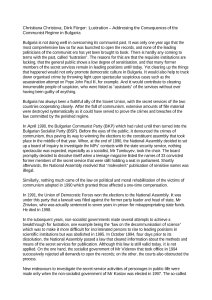 Lustration – Addressing the Consequences of the Communist Regime in Bulgaria

Bulgaria is not doing well in overcoming its communist past. It was only one year ago that the most comprehensive law so far was launched to open the records, and none of the leading politicians of the communist era has yet been brought to book. There is hardly any coming to terms with the past, called ‘lustration’. 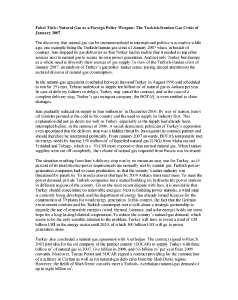 Natural Gas as a Foreign Policy Weapon: The Turkish-Iranian Gas Crisis of January 2007

The discovery that natural gas can be instrumentalised in international politics was made a while ago, one example being the Turkish-Iranian gas crisis of January 2007 when, in breach of contract, Iran stopped its gas deliveries so that Turkey had to realise that it needed to tap other sources next to natural gas to secure its own power generation. And not only Turkey but Europe as a whole need to diversify their sources of gas supply. 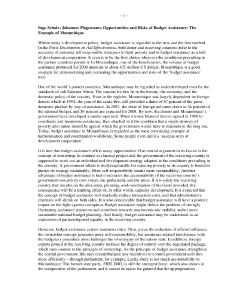 Opportunities and Risks of Budget Assistance: The Example of Mozambique

Within today’s development policy, budget assistance is regarded as the new and the best method. In the Paris Declaration on Aid Effectiveness, both donor and receiving countries refer to the necessity of pursuing self-responsible strategies to fight poverty and to budget assistance as a tool of development cooperation. It even is to be the first choice wherever the conditions prevailing in the partner countries permit it. 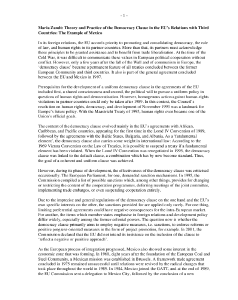 Theory and Practice of the Democracy Clause in the EU’s Relations with Third Countries: The Example of Mexico

In its foreign relations, the EU accords priority to promoting and consolidating democracy, the rule of law, and human rights in its partner countries. More than that, its partners must acknowledge these principles to be granted assistance and to benefit from trade liberalisation. At the time of the Cold War, it was difficult to communicate these values in European political cooperation without conflict. 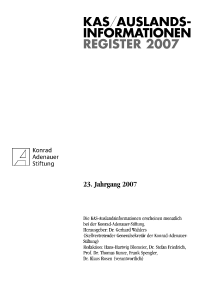 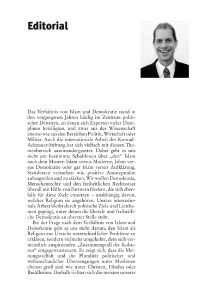 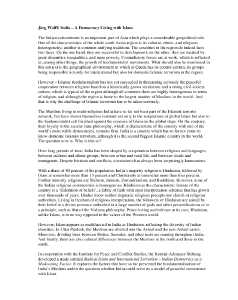 India – A Democracy Living with Islam

The Indian subcontinent is an important part of Asia which plays a considerable geopolitical role. One of the characteristics of the whole south Asian region is its cultural, ethnic, and religious heterogeneity; another is common unifying traditions. The countries in the region do indeed have two faces. On the one hand, they are successful in development; on the other, they are marked by great disparities, inequalities, and mass poverty. Contradictory forces are at work, which is reflected in, among other things, the growth of fundamentalist movements 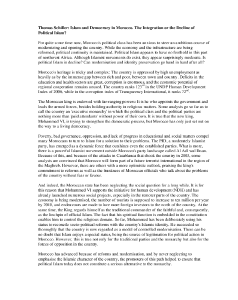 Islam and Democracy in Morocco. The Integration or the Decline of Political Islam?

For quite some time now, Morocco's political class has been anxious to steer an ambitious course of modernizing and opening the country. While the economy and the infrastructure are being reformed, political continuity is maintained. Political Islam appears to have no foothold in this part of northwest Africa. Although Islamist movements do exist, they appear surprisingly moderate. Is political Islam in decline? Can modernisation and identity preservation go hand in hand after all? 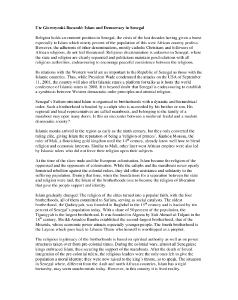 Islam and Democracy in Senegal

Religion holds an eminent position in Senegal, the crisis of the last decades having given a boost especially to Islam which ninety percent of the population of this west African country profess. However, the adherents of other denominations, mostly catholic Christians and followers of African religions, do not feel threatened. 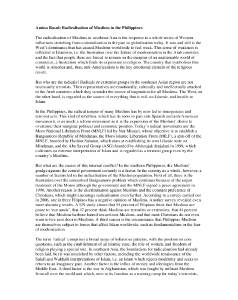 Radicalisation of Muslims in the Philippines

The radicalisation of Muslims in southeast Asia is the response to a whole series of Western influences stretching from colonialisation in the past to globalisation today. It was and still is the West’s dominance that has caused Muslims worldwide to feel weak. This sense of weakness is reflected in Islamism.