Together with the Tel Aviv Salon, KAS Israel hosted another event of the series “Ambassador Talk” on the 10th of April 2018 in Tel Aviv. Welcoming the head of the EU-delegation to Israel, Emanuele Giaufret.
April 10, 2018 Ordering Information 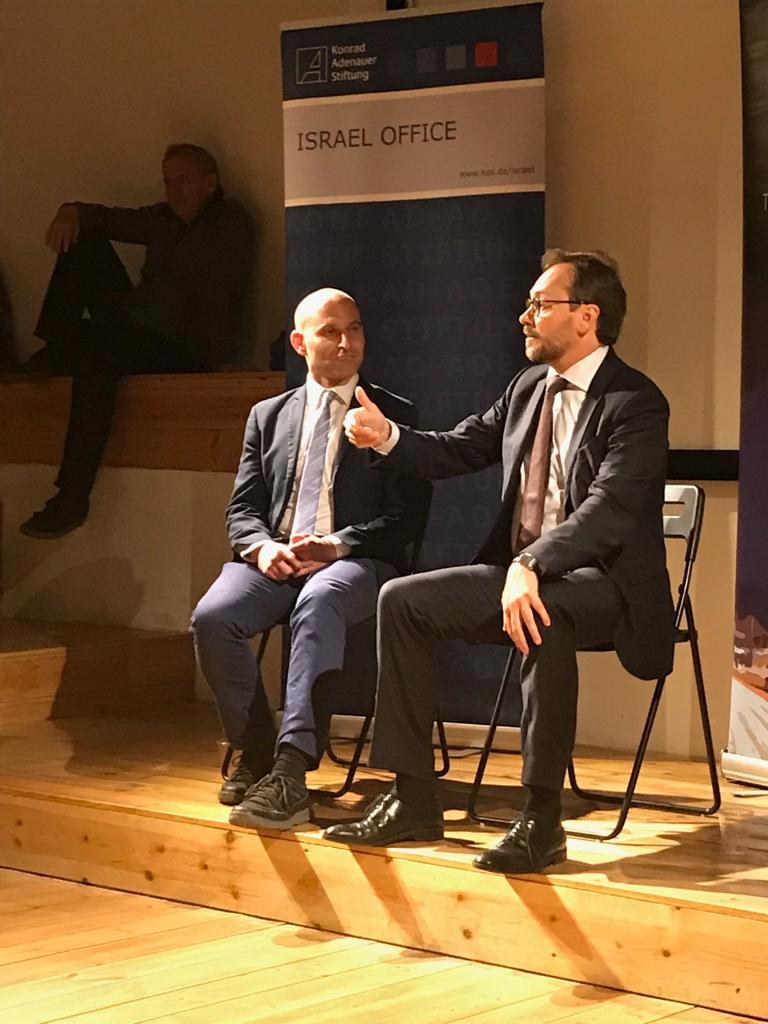 Ambassador Giaufret began the evening discussing the different fields and aspects of the European-Israeli cooperation and praised the Israeli government for its progresses and achievements in these areas. Among others, he mentioned increase of Israeli exports to to European Union member companies and the highly developed technology sector in Israel. Giaufret made his wishes clear for strong economic ties between Europe and Israel in the future, especially because Israel is the only free and democratic country in the Middle East.

The questions from academic and journalist, Owen Alterman and the audience ranked from topics such as rising antisemitism in Europe to the European reaction to the latest events at the Gaza border. Giaufret responded that the EU will always have solidarity with Israel in the armed conflict against Hamas. At the same time he emphasized that the EU needs to take action against the worsening humanitarian situation of civilians in the Gaza strip. He also discussed his deep worries on the growing antisemitism in many European countries and said that the governments of the member states as well as the European Union as a super national institution have to act against it. Antisemitism can be confronted by educating people about the history and forms of antisemitism, providing state protection for Jewish infrastructure across Europe and fighting the spread of antisemitism online. 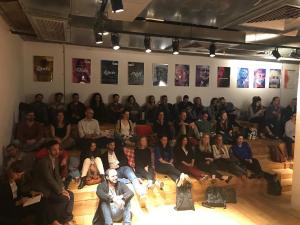