Reassessing Developments in the Laws of Armed Conflict

Taking Stock of 10 Years of Conferences on International Humanitarian Law

The Minerva Center for Human Rights at the Hebrew University of Jerusalem and the Delegation of the International Committee of the Red Cross (ICRC) in Israel and the Occupied Territories, in cooperation with the Konrad-Adenauer-Stiftung, held their 10th Annual Conference on International Humanitarian Law (IHL) in Jerusalem on 15-17 November 2015.
December 22, 2015 Ordering Information

To commemorate the festive anniversary of this series, this 10th annual conference was a special one, reassessing the state of international humanitarian law over the last decade and into the future. To this end, one published paper from each of the previous nine conferences was selected as the cornerstone for a session on a key IHL issue - with the original paper presented by its author with the benefit of historical perspective, followed by extensive comments by a respondent, and audience questions and comments. Each of the sessions was comprised of top international scholars and practitioners in the field. The conference keynote address was presented by Charles A. Allen, Deputy General Counsel for International Affairs of the U.S. Department of Defense. An experts' roundtable concluded the three days of discussions, which had attracted a very large public.

Reassessing Developments in the Laws of Armed Conflict 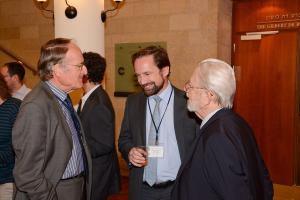 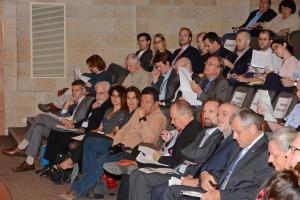